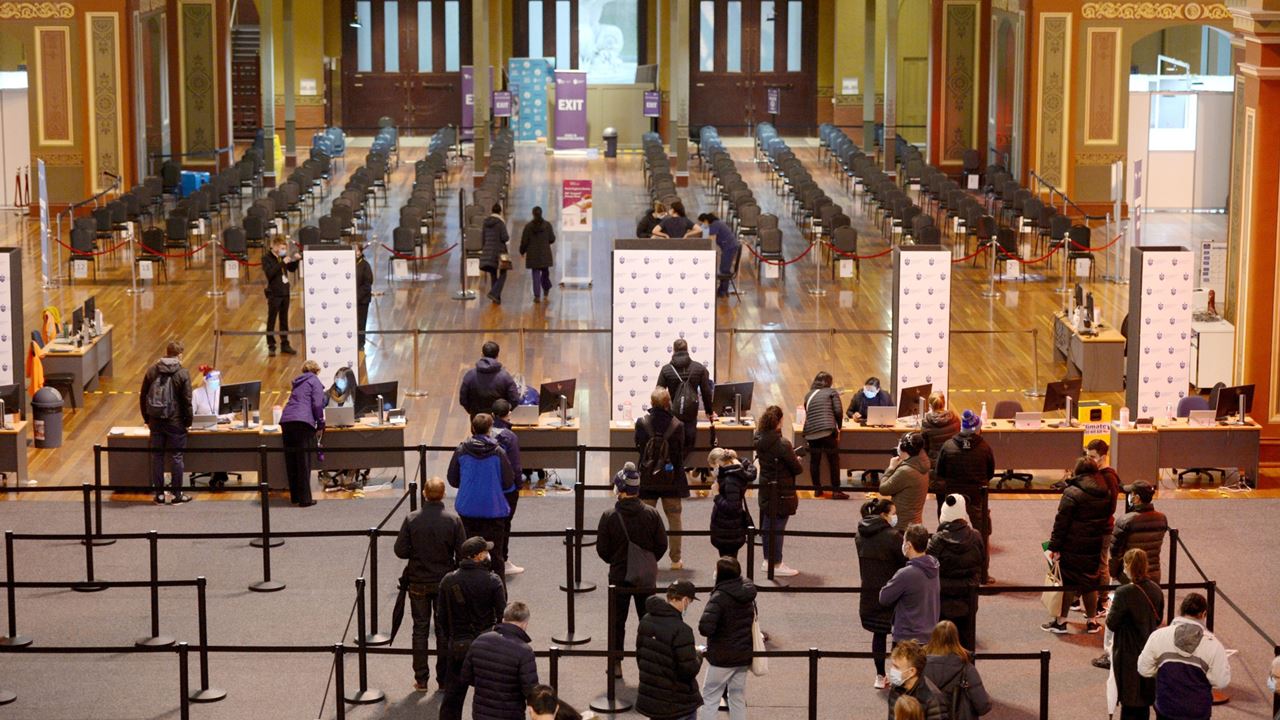 Just a few months ago, Australias virtually Covid-free status made it the envy of the world. Then the delta variant flipped the script.

After about half a year of relatively normal daily life, Australia's biggest city is now in the third week of a strict lockdown that on Wednesday was extended until at least July 30. Sydney's normally bustling central business district is all but deserted, schools are closed and households are forbidden from mixing for fear of further spread among the 6 million population.

Even as the U.S. and U.K. reopen, Australia seems to be stuck in place. And it's all for a daily caseload a third the size of New York's and less than 3% of what London is currently encountering. About 900 cases have been recorded in Sydney since an un-vaccinated chauffeur was infected while transporting airline crew last month. New South Wales state recorded 65 new infections on Thursday, with a higher number expected on Friday.

Arguably the most devoted adherent of the "Covid Zero" strategy followed by a few Asia-Pacific economies, Australia has limited the pandemic's health impacts with strict quarantines, snap lockdowns and a closed-border policy that even bans citizens from leaving.

But a slow vaccine rollout has left the country exposed to outbreaks as newer, more virulent strains slip through border curbs.

Like other Covid Zero economies from Singapore to Taiwan, Australia is finding its elimination strategy increasingly difficult to maintain. And the government's early successes against Covid meant it was slower than other nations in securing and rolling out what looks to be the only real, long-term solution to the pandemic: vaccinations.

Back in March, Prime Minister Scott Morrison said of the vaccine rollout: "It's not a race." Now he's increasingly being criticized by health experts and political rivals for failing to quickly secure enough vaccines from a wide range of drug-makers as the country's rollout lags behind those of other major economies.

"The government drank their own Kool-Aid and thought that they had the answers, when other comparable countries spread the risks by backing many options," said Bill Bowtell, an adjunct professor in infection and immunity at the University of New South Wales.

"Morrison boasted about Australia's Covid-zero status, but did nothing effective or in time about vaccination or quarantine before delta hit," he added. "Nature creates viruses; bad politics prolong pandemics."

Australia has administered enough doses for 18% of its population, according to the Bloomberg Vaccine Tracker, compared with 52% in the U.S. and 61% in the U.K. The AstraZeneca inoculation has comprised the bulk of the nation's rollout so far -- it is one of two options available to Australians -- but mixed messaging over giving the jab to under-40s has caused some vaccine hesitancy, a problem faced by other Covid Zero economies too.

Morrison's critics also point to failures in the quarantine system, which requires returning residents to isolate in a hotel room for two weeks after re-entering the country. About 20 community cases this year can be traced back to hotel quarantine breaches, according to one measure -- a significant rise in the number of "leaks" compared to last year.

Sydney's lockdown is likely to drag on for weeks and could trigger an economic contraction for the country in the short term, the Commonwealth Bank of Australia said Wednesday. Australians outside of Sydney are nervous they will be next: Last year the city of Melbourne spent three months in one of the world's longest and harshest lockdowns, which successfully stamped out infections but at significant economic cost.

The state of Victoria, which includes Melbourne, confirmed 10 new locally acquired cases on Thursday. The escalation of the outbreak has led to additional restrictions including stricter mask rules, while Western Australia state has reintroduced a hard border to keep out residents of the city.

"Australians are constantly on tenterhooks worrying that an outbreak is going to force their lives into these huge disruptions," said Marion Maddox, an honorary professor of politics at Macquarie University.

"We had this aura of everything being under control," she said. "But now we've earned a reputation of being ill-prepared to vaccinate our people, who are becoming more frustrated."

The contrast with the U.S. and Europe is stark. Those places are reopening their economies despite thousands of new infections every week. While the risk of fresh outbreaks is inevitably heightened, with about 40% of the EU population fully vaccinated many nations are deciding it is time to "live with the virus," as one French minister put it.

Australia remains among the top 10 places to be during the pandemic according to Bloomberg's latest Covid Resilience Ranking, but has fallen four places due to its inability to loosen border restrictions.

The prime minister has defended his government's vaccine strategy, saying an accelerated rollout puts it on track to provide enough jabs for all Australians who want them by the end of the year.

Still, he's yet to offer a time-line for reopening, or to indicate how many Australians will need to be vaccinated before that can happen. With elections due by May, the conservative government now narrowly trails the main Labor opposition in one major poll, and Morrison's personal popularity has slumped.

Governments such as Australia's need to start better explaining how to live with Covid once a vaccine threshold is reached, said Ben Cowling, head of the University of Hong Kong's department of epidemiology and biostatistics.

"It's the kind of infection that will continue to circulate around the world," Cowling said.

While opening up will "scare some people," Morrison's government will need to outline the advantages of "not having to worry about having lockdowns of cities, all of the social-distancing measures and, of course, quarantine."