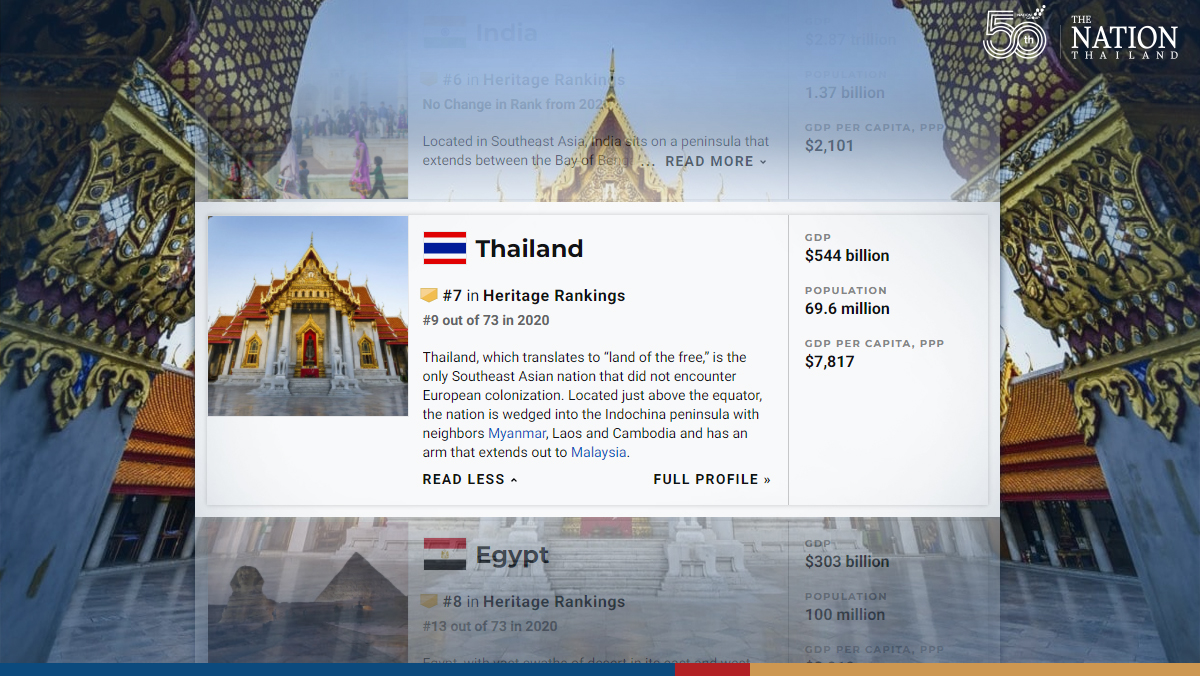 Thailand moves up to 7th rank in 2021 world heritage rankings

Thailand has been ranked seventh in the heritage sub-ranking and 28th in the total best country ranking, organised by US News Best Countries rankings for 2021.

The rankings are based on how global perceptions define countries in terms of a number of qualitative characteristics, impressions that have the potential to drive trade, travel and investment and directly affect national economies.

The 2021 Best Countries rankings, organised in partnership with BAV Group, a unit of global marketing communications company VMLY&R, and The Wharton School of the University of Pennsylvania, are based on a study that surveyed more than 17,000 people from four regions to assess perceptions of 78 countries on 76 different metrics.

While old world front-runners Spain, Italy and Greece make up the top three yet again, their order changed slightly in 2021. Spain took the No. 1 spot from Italy. But the trifecta performed extremely well in the heritage sub-ranking overall – each scoring at least 9 points on a 10-point scale.

As a region, Europe fared much better than others. Generally small in area and population, European nations are viewed as far more culturally accessible, pulling them up in the ranks past large nations like Russia (No. 15) and the United States (No. 16) despite contributions like Pyotr Tchaikovsky’s ballets and jazz music, the organisers said.

At the bottom of the heritage sub-rankings are Kazakhstan, Qatar and Oman. Ghana, which was near the bottom of the list in 2020, failed to meet all four of the data benchmarks this year and dropped out of the 2021 rankings, the organisers said.