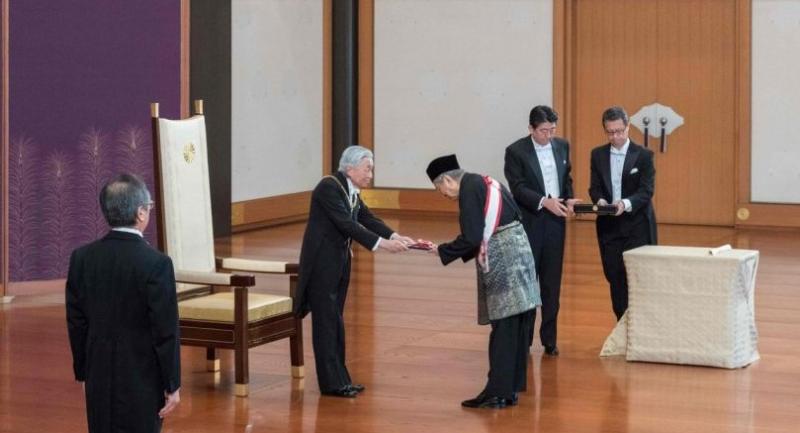 TOKYO - Prime Minister Tun Dr Mahathir Mohamad was on Tuesday conferred the “Grand Cordon of the Order of the Paulownia Flowers” by Emperor Akihito of Japan, according to Bernama news agency.

The conferment of Japan's highest award follows the contributions by the Prime Minister in strengthening bilateral ties.

The conferment ceremony was held at the Imperial Palace here at 9.45am local time (8.45am Malaysian time). The order is the highest award that can be conferred upon foreign statesmen for their contribution towards the bilateral relations between their respective countries and Japan, as well as their contribution to the region.