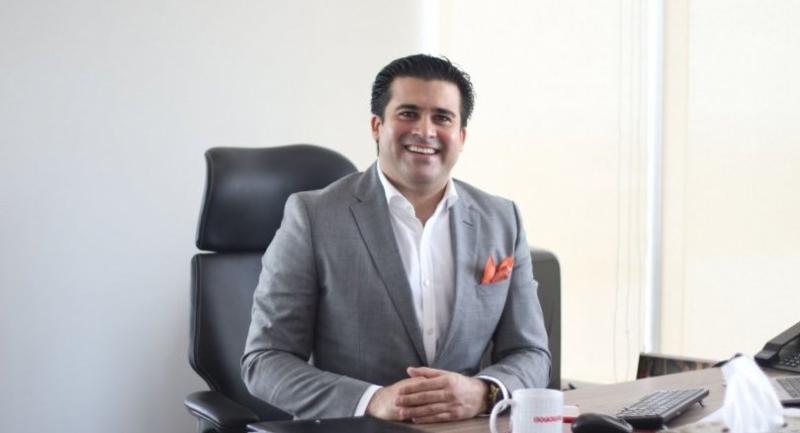 As the nation’s fourth telecom operator – Myanmar National Tele & Communications – prepares for its entry into the market, foreignowned telcos have intensified their efforts to expand network and services.

Rene Meza, chief executive officer of Ooredoo Myanmar, said that the Qatarbased telco has invested more than $2 billion (Bt72 billion) in Myanmar, and planned to increase the capital over time.

He said the telco now has more than 9 million customers, and the majority of its customers successfully registered their SIMs, as per the Transportation and Communications Ministry’s instruction.

“Right now, over 80 per cent of the population are under coverage of our 3G and 4G networks,” he said.

According to Meza, nearly 80 per cent of Ooredoo SIM holders are active data users. He expected this number to grow further, as he sees usage trends increasing significantly. “We are completely aware that rural and suburban areas must be covered, and our population coverage will continue to increase over the next few years, especially in rural areas that we have not yet reached,” he said.

In a bid to expand its network, the telco has installed approximately 14,000 kilometres of fibre across Myanmar by the end of last year, and 30 per cent of the fibre being shared with other operators. Though Rene did not reveal the challenges Ooredoo is facing, he admitted that networks from neighbouring countries such as Thailand and China sometimes interfere with its network in border towns.

“Border towns like Myawady, Tachilake and Muse are under the Ooreodoo network. We have enough towers to offer our telecom service in these areas. From time to time, there is interference on our network from the networks in our neighbouring countries – this is a matter we are dealing with, in cooperation with those networks,” he said.

Joachim Rajaram, head of corporate communications at Telenor Myanmar, said that the Norwegian telco currently has more than 19 milฌlion subscribers, and over 90 per cent finished registration before the deadline of March 31, as they introduced multiple online and physical registration channels.

Telenor today spans more than 7,400 towers in all States and Regions across the country, covering about 90 per cent of Myanmar’s population and townships. The next phase of its rollout will be to fully connect frontier regions, and support the growing data demand in cities and towns by building 10,000 sites by 2018, he said.

Rajaram said that the telco has invested over $1.5 billion, and will spend more to improve coverage and quality in the coming years. Telenor has contributed 88 billion kyats in taxes to the Union Government so far. “We have, to date, not repatriated a single kyat of Myanmar profits, having reinvested all earnings back into the operations,” he said.

“We are confident in witnessing stronger growth in the future as telecoms sector in Myanmar is now wellestablished.”

Rajaram said that there has been a “hyper growth” of data adoption in Myanmar, growing at a rate of three times higher than voice services. About 65 per cent of Telenor SIM holders are active data users – comparable to more mature Asean countries like Thailand and Malaysia. He expects to see higher data adoption in the years to come, given the efforts to optimise and enhance its network.

According to Rajaram, security and safe access for its staff and partners, lack of access to infrastructure sharing, and natural factors like long monsoon and several geographically challenging regions are the three key challenges to Telenor as well as to the industry.

“There still remain parts of the country – particularly in rural areas of several ethnic states – that remain unsafe due to internal conflicts. We continue to work very closely with relevant authorities to secure safe access for our people and our infrastructure,” he said.

Rajaram said infrastructure sharing is today a key driver of growth and efficiency in many mature telecoms markets, and operators need to have fair access to key infrastructure such as towers and fibre owned by the incumbent operator.

“These [challenges] have affected our rollout but we believe we are making solid progress to connect customers in all parts of the country to a robust and modern telecommunications,” he said.

Meza of Ooredoo said that they are trying to help strengthen digital literacy in the nation by offering its subscribers free usage of three popular applications – Facebook, Viber and Beetalk. It has also rolled out a free application, which allows farmers to get weather forecasts, crop information, market prices, and many other services.

In 2014, Ooredoo partnered with Beyond Access Myanmar in cooperation with Myanmar Book Aid and Preservation Foundation, Ministry of Information and IREX to support 55 public libraries which were all equipped with tablets, Internet routers training through the project. Within two years, over 130,000 people have used tablets and 24,000 people went online for the first time in their lives. “We are currently exploring new projects that will also assist with further improving digital literacy,” Meza said.

Its European rival Telenor also emphasises on improving digital literacy. To date, the telco has opened 64 Lighthouses across the country, in 12 states and regions as well as in Nay Pyi Taw Union Territory. A total of 200 Lighthouses are expected to be functional by the end of 2018, in partnership with Myanmar ICT for Development Organisation (MIDO).

The centres are run by local entrepreneurs. Telenor and MIDO train them on how to operate the Lighthouses as social enterprises, providing affordable, socially beneficial information services and digital literacy training. The centres were established to empower rural and underprivileged communities with basic smartphonebased digital skills through onsite, rural outreach and online training.