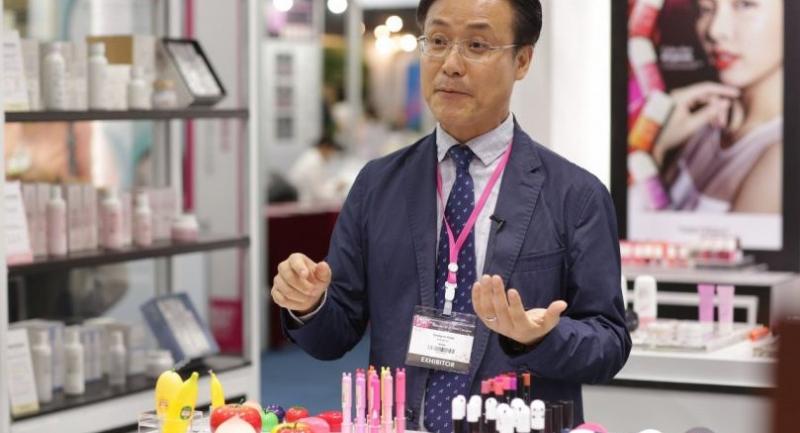 SOUTH KOREAN cosmetics company Tonymoly plans to open a shop in Thailand to build on strong demand for its products and position the brand for a deeper push into Asean.

The company’s overseas business department and manager, Woo Sung-kook, outlined the plans yesterday, while saying Tonymoly expected to boost its business by 27 per cent this year.

Woo said the company’s products had become established in the Thai market over a long period.

“Tonymoly has exported more than 50 products to Thailand and many more items are being considered for the market,” he said, adding the company was in talks with investors about setting up the Thai store soon.

“We envisage that the store could be in a similar format to shops such as 7-Eleven, Family Mart and Drug Store.”

Tonymoly profits last year grew five-fold, Woo said, with 9.5 per cent coming from TV Home Shopping, which is expected to grow by 27 per cent in 2017.

He said Thailand is an important market for the company’s brand-building efforts and this should set the stage for it to build on the inroads the brand has made into Asean.

The company is researching new products that suit the complexions of Thais and other Southeast Asians, such as skin whitening and brightening products.

“We have already entered markets in eight countries in the Asean region, including Indonesia, Vietnam, the Philippines and Malaysia,” he said. “Around 20 branches have been opened in each country.”

Tonymoly will be a beneficiary of efforts to promote Korean cosmetics in Thailand and the broader Asean market. The second K-Beauty Expo Bangkok will be held as part of the Beyond Beauty Asean Bangkok 2017 exhibition on September 21-23.

The K-Beauty Expo will be presented with six segments: beauty and cosmetics, hair and nails, herbal, original equipment manufacturing and packaging, aesthetics and dermatology, and spa and wellness.

Ryan Park, manager of K-Beauty Expo from co-organiser Korea International Exhibition Centre, said this year would mark the ninth edition of the event and the second time it is being held in Thailand. “This year we’ll bring more than 150 well-known exhibitors, around 50 per cent more than in 2016,” he said.

At last year’s event, also in Bangkok, sales over the three days exceeded the equivalent of Bt60 million.

South Korea is the one of largest cosmetic markets, with advanced distribution channels in retail stores and online. The main centre for cosmetics manufacturing in South Korea is Goyang, in the northern province of Gyeonggi-do. It accounts for 40 per cent of the production in the South Korean industry. China has been the largest export market for Korean cosmetics, but the Asean market has become increasingly important, especially following political tensions between Beijing and Seoul.

“We hope that Thailand can act as a gateway for Korean cosmetics products to other countries in Asean,” Park said.