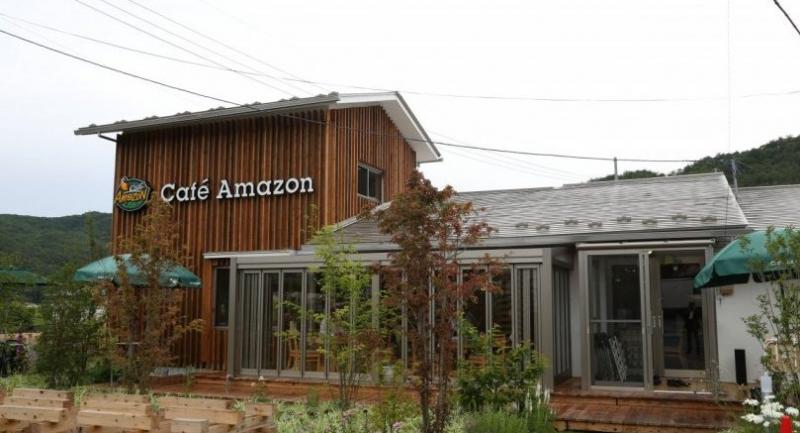 THE Cafe Amazon chain of coffee houses popular in Thailand aims to take on the big global operators in Japan under an ambitious expansion programme in that country, the Japanese franchisee says.

The first Cafe Amazon in Japan opened in Kawauchi, a village in the Futaba district of Fukushima prefecture, in November last year.

Franchisee Yasunori Iwamoto said that about 100 outlets would be opened in Japan over the next three years, at an average investment of 100 million yen (Bt29.9 million) per store. The pace of expansion would bring the chain into competition with the likes of Starbucks and Tully’s Coffee.

The Cafe Amazon brand was established in 2002 by PTT, a major oil and gas company listed in Thailand. Some 1,700 outlets have since opened across Thailand.

Iwamoto, who is also the president of Codomo Energy, a Japan-based manufacturer of luminous ceramic tiles in the building industry, said the company was considering setting up a production plant for the tiles in Thailand.

“I want our first Cafe Amazon coffee house in Kawauchi to be a place for the local community to take some time out and enjoy a comfortable space that is similar to their own home,” said Iwamoto, who added that he became a fan of the brand’s coffee and store atmosphere during a visit to Thailand. That prompted the idea to introduce the chain to Japan.

“In addition to establishing the first Cafe Amazon in Kawauchi, we also plan to open Cafe Amazon outlets at Shonan in Kanagawa, Shizuoka, and in Osaka before the end of this year,” Iwamoto said.

Iwamoto said the company would then expand to other locations including Tokyo, Kyoto, Fukuoka, and Nagoya. Each Cafe Amazon coffee house is expected to see a return on investment within three years.

Japan is one of the top three coffee-consuming nations in Asia. Japanese consume between 3.5 kilograms and four kilograms of coffee per capita per year. This is far more than in Thailand, where people drink about 1 kilogram of coffee a year on average. In Cambodia and Laos, the rates are 1.2 kilograms and 1.4 kilograms, respectively, for average coffee consumption per year.

Auttapol Rerkpiboon, senior executive vice president, oil business unit, PTT, said that the company expected the number of Cafe Amazon coffee houses opened abroad to increase significantly from the current level of 70 to 80 stores to about 130 by the end of this year. He said that in addition to Japan, Cafe Amazon coffee houses are serving customers in many countries, including Laos, Cambodia, Myanmar and the Philippines.

The best-selling branch of Cafe Amazon is in Phnom Penh; it serves up more than 1,000 cups of coffee a day. In Thailand, average sales for an outlet are about 200 cups a day.

In the home market, the number of Cafe Amazon coffee houses is expected to reach 2,000 by the end of this year. At the end of last year there were 1,667 branches in Thailand.

Within the immediate region, PTT has opened 50 of the coffee houses: Laos with 21, Cambodia 26 and one each in the Philippines and Myanmar.

“We will open our first Cafe Amazon coffee house in Oman by the end of this year. We are also under negotiations with potential partners in many potential markets, including Malaysia, Singapore and Shanghai.”

Auttapol said that PTT had strengthened its back-end facilities with the development of its own distribution centre for the supply of coffee ingredients and equipment to Cafe Amazon coffee|houses.

The company last year also opened its own coffee roasting plant on a 20-rai plot in Wang Noi, Ayutthaya, with a capacity of 2,700 tonnes a year. That capacity would be triple by next year.