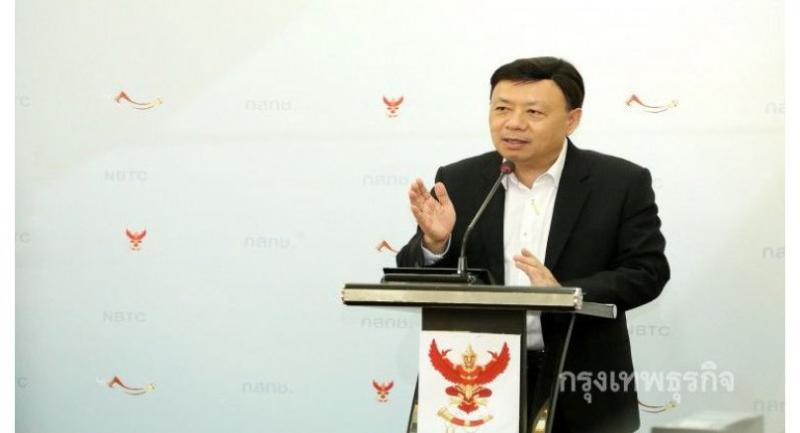 The Anti-Corruption Organisation of Thailand (ACT) said it shared a common view with scholars and certain social elements that there are no good reasons to justify government aid. The government would better seek a resolution on this issue through the National Legislative Assembly, it suggested.

Also yesterday, True Corp – the parent of TUC – met with the press for the first time regarding the matter. True defended its request for government aid, insisting that its request would not hurt the public’s interest.

ACT said yesterday that if the junta wanted to assist any parties by invoking its special powers under Article 44 of the interim charter, which is also allowed under the new Constitution, it must be in the public interest.

The junta had consulted the National Broadcasting and Telecommunications Commission (NBTC) on the two operators’ requests.

The NBTC recommended that they should be allowed to split the final instalment payment into between three and five tranches and that they should also pay interest of just 1.5 per cent per annum, based on the Bank of Thailand’s policy rate.

The proposal has drawn opposition from many people, including Thailand Development Research Institute (TDRI) president Somkiat Tangkitvanich. He said the government and regulators should hold firm against their requests, as such a concession would benefit only the operators and not the country.

NBTC secretary-general Takorn Tantasith yesterday strongly dismissed a widespread perception that the agency initiated the move to help the two operators. He said it is the two operators that requested the junta directly and that it is beyond the NBTC’s authority to grant their requests regarding licence-fee payments.

True Group’s co-president, Vichaow Rakphongphairoj said yesterday that in 2016 the digital TV licence holders asked for government relief measures to ease their financial burden, given their final licence bidding price was about two times higher than the starting bid price.

True views that the company could make a similar request, given that the average final bid price of the 900MHz licences is around six times higher than the starting price.

He added that the company will respect a final decision by the junta. But if the easing of payment schedule is not granted, the company might experience possible difficulty, or higher costs, to enter the upcoming auction of new spectrum licences and to spend on the development of new wireless technologies. If so, this could affect the country's progress accordingly, he warned.

However, it is its executive board that will make a final decision if the company participates in the next licence auction, he said.

Last Thursday, both TUC and AWN separately issued press releases saying that easing of the schedule would save them capital that could be spent on network expansion and the development of advanced telecommunications services and technologies, which would help in the country’s progress.