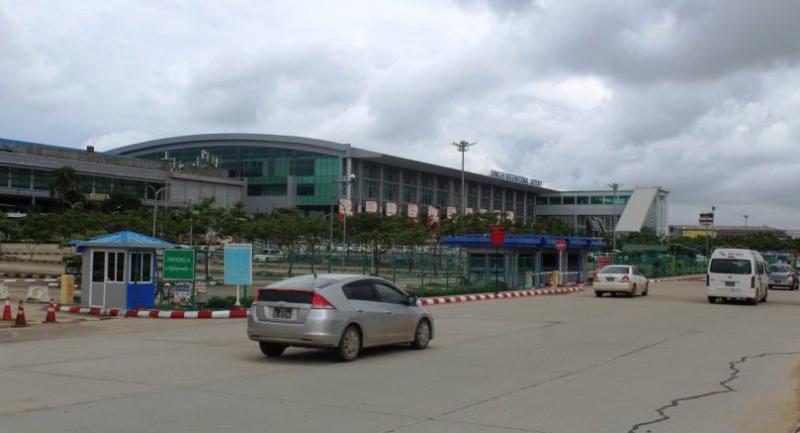 Hantharwady airport project back on track for 2019 ground-breaking

Hantharwady International Airport's long-delayed construction work is expected to take off next year if the Japanese government endorses the detailed financing plan in September, according to a Myanmar aviation official.

Ye Htut Aung, deputy director-general at the Department of Civil Aviation (DCA), said in an exclusive interview that both Myanmar and Japan are busy working out the financing details. Myanmar seeks to obtain an official development assistance (ODA) loan from Japan to develop the US$1.5 billion (Bt50 billion) new airport that will substantially improve the aviation capacity of the country.

"The details about cooperation will be submitted to Japan's cabinet in September. Once approved by the cabinet, there will be a call for tender in Japan so Japanese firms can be involved in the implementation of the project," Ye Htut Aung said.

According to the official, the project has been actively discussed by the transport ministers from both countries He expects the ODA process to commence in early 2019, and after that, it will take more than five years to construct the new airport.
A consortium led by Korea's Incheon International Airport Corporation was originally selected to implement the project after they won a public tender.
Later, a consortium of Singapore's Yongnam Holdings, Changi Airports International and Japan's JGC Corporation was named by the DCA as the successful tenderer for the design, construction and management of Hanthawaddy International Airport on the basis of a public-private partnership in October 2014. Earlier this year, Yongnam Holdings said in an announcement that the framework agreement signed between DCA and
the consortium had expired and had not yet been renewed "as certain issues remain unresolved".
"When the Korean firm submitted the proposal, they had said they would undertake the project at their own costs. But in discussions with us after they won the tender, they said they could proceed only after getting development loans, and wanted the Myanmar government to guarantee the loan," said Ye Htut Aung.

"So, we opened a new call for tender but they did not win again," the official explained.

Hantharwady International Airport is designed to accommodate 12 million passengers after completion of the first phase, with capacity to expanded to 20 million after phase two and 30 million once fully completed. To be built on more than 9,000 acres (3,600 hectares) of land in Bago, 80 kilometres away from Yangon, the airport will
specifically ease congestion at Yangon International Airport, now the main tourist gateway to Myanmar.
In a bid to facilitate rising passenger volumes at Yangon International Airport (YIA), Myanmar has made plans to improve its aviation infrastructure in cooperation with the private sector.
Yangon Aerodrome Company Limited (YACL), which operates and manages YIA, will close Terminal 2 by the end of this month for a year and a half to renovate and upgrade the existing infrastructure.
"Eleven airlines will move progressively from Terminal 2 of YIA to Terminal 1 with the opening of its inter-terminal connection earlier this month. We have had discussion with YACL about their renovation and relocation plans," said Ye Htut Aung.
The renovation of Terminal 2 is part of the firm's plan to improve airport infrastructure to provide visitors with a seamless experience linking the airport's two international terminals. Relocation of 11 airlines – Biman Bangladesh Airlines, Air Asia, China Airlines,
Jetstar Asia, Malaysia Airlines, Myanmar National Airlines, Nok Air, Qatar Airways, Thai Airways International, Thai Smile Airlines and Viet Jet Air – to Terminal 1 will happen this month.
The airport is strategically located between India and China with two-thirds of the world's population within a range of six hours flying time, including Tokyo, Dubai, Singapore, Beijing and New Delhi.
Serving 28 international airlines and 24 international destinations, the airport handled a total of 5.92 million passengers in 2017, according to YACL.
"We usually receive an average of nearly 11,000 passengers at the YIA. The visitor arrivals has surged when compared to the past few years, but it is yet to exceed our capacity. At YIA, we are able to receive more than 10 million passengers a year, and YACL has committed to expand the capacity to 20 million," he said.
According to the official, the other two international airports – in Mandalay and Nay Pyi Taw – usually receive much fewer passengers than their capacity. The former averages 3 million while the latter has up to 5 million passengers.

To date only   five international airlines fly to Mandalay, handling over 1,100 passengers per day, and only two international airlines fly to Nay Pyi Taw – from Bangkok and Kunming.
Likewise, Myanmar has planned to open new domestic airports in Muse and Myauk-U, with construction open for tender next month. Upgrading of the existing domestic airports is also on DCA's radar. Currently, only 31 of the existing 69 domestic airports are operational.
In a bid to improve capacity of the staff working in the aviation sector, Myanmar is cooperating with All Nippon Airlines to send outstanding ground staff to Japan to be intensively trained for two years. Over 30 local staff have been trained under the programme, and the third batch of trainees will be sent later this year, after three
months training in Myanmar.