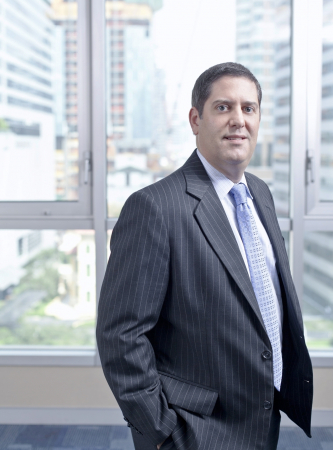 Today, this segment of the workforce has gone mainstream, and it needs to be managed strategically. Given growing skills shortages and the low birth rate in many countries, leveraging and managing “alternative” workforces will become essential to business growth in the years ahead. Originally conceived of as contract work, “alternative” work today includes work performed by outsourced teams, contractors, freelancers, gig workers (paid for tasks) and the “crowd” (outsourced networks). Deloitte’s latest millennial study found 64 per cent of full-time workers want to do “side hustles” to make extra money. The world is seeing rapid growth in the number of people working under such arrangement and Thailand is no exception. According to a survey by the Economic Intelligence Centre (EIC), a research unit of Siam Commercial Bank, some 30 per cent of Thailand’s workforce is composed of gig workers.  For organisations that want to grow and access critical skills, managing alternative forms of employment has become critical. Forty-five per cent of employers worldwide surveyed in Deloitte’s 2019 Global Human Capital Trends poll say they are having trouble filling open positions, the largest such percentage since 2016. Certain trends are creating more depth and scale across the range of alternative talent pools, such as retirees re-entering the workforce, people spending time caring for children and ageing parents, and individuals going back to school. Flexibility, being able to better control their careers and easier access to stimulating work are among the attractive factors for gig workers in Thailand. Our 2019 survey showed that using alternative workers can enhance organisational performance. Managing alternative work and workers well is strategically important as it enables an organisation to put the right talent in place where and when it’s most needed to get results, in a labour market where traditional on-balance-sheet talent is becoming ever harder to find. How fully are organisations capitalising on the alternative workforce today? Our research suggests most organisations look at alternative work arrangements as a transactional solution, not as a strategically important source of talent. Only 8 per cent of our respondents, for instance, said that they had established processes to manage and develop alternative work sources; fully 54 per cent of respondents said they either managed alternative workers inconsistently or had few or no processes for managing them at all. These organisations are using alternative work tactically as a way to “fill slots”, not strategically as a long-term solution for the future. Engaging alternative workers strategically is harder than it looks. To do so, companies have to look beyond “managing” contractors and freelancers to “optimising” and “leveraging” the alternative workforce deliberately and well. What is needed is a wholesale rewriting of how organisations operate as it relates to alternative labour – one that allows it to connect the appropriate talent with the appropriate roles no matter how the talent is sourced. Part of the answer lies in connecting the various parts of the enterprise involved, often in a fragmented manner, in hiring alternative workers. This includes procurement, IT and, increasingly, HR. The good news is that, at many organizations, HR does appear to be stepping up in this area. Seventy-five per cent of this year’s survey respondents indicated that HR supports sourcing alternative workers, 66 per cent reported HR is involved in training them, 65 per cent said HR negotiates work arrangements, and 63 per cent reported HR is involved in benefits management. More than half of respondents (51 per cent) reported that their organisation has specific plans to address recruitment strategies for the alternative workforce. Businesses must consider issues of inclusion, diversity, fairness and trust when constructing organisational systems around alternative work. Alternative workers can have different backgrounds and cultures than many traditional workers, and these individuals are often accessed in different ways. It’s important that the entire workforce, both alternative and traditional, be treated with respect with regard to culture, inclusion, and work assignments – and that perceptions on all sides reflect these values. Risks and challenges like these are not insurmountable, and the alternative workforce is now a critical mainstay of labour for a growing number of employers in Thailand. Organisations that take this workforce seriously can build strategies and programmes to access and engage talented people wherever they may sit in the labour pool, driving business growth and extending the diversity of the workforce.

Michael Fiore is a partner in business process solutions at Deloitte Thailand.