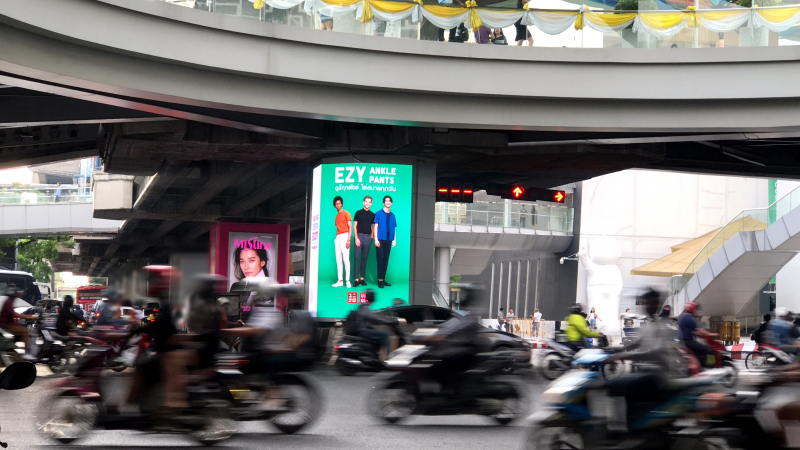 Outdoor advertising firm Master Ad Plc or MACO has achieved second quarter growth of 161.5 per cent, or Bt699 million, with its earnings before interest, taxes, depreciation and amortisation rising by 14.7 per cent, or Bt115 million year on year.

He added that in the past quarter, MACO launched street furniture advertising media services in the areas under the poles at newly renovated BTS stations in June.

In a recent development, MACO has prepared to increase the proportion of its investment in Puncak Berlian Sdn Bhd (“PBSB”) to 65 per cent, with hopes of an August completion.

The increase would help the company to fully control and manage f PBSB thus, enabling an increase in future sales through the PBSB media network, as well as developing efficient overseas market channels, he said.

Moreover, PT Avabanindo Perkasa (“Otego”), a sub company of MACO in Indonesia, has already kicked off advertising media services at Jakarta’s MRT system, while the areas of static picture advertising media have totally been reserved in 13 stations.

The company’s situation outside the country could trend toward improvements in the second half of 2019.

The CEO added: “From the above-mentioned situations, the company still targets revenues this year with growth at 30-35 per cent, or between Bt2.3 billion and Bt2.4 billion, whereas we can see long-term growth amid the challenges in the overseas market.”

The company still foresee good business opportunities in the Asean region, in which rapid growth is possible. We expect that the business strategy in the overseas market would be the main issue to enhance the strength of MACO, he said.