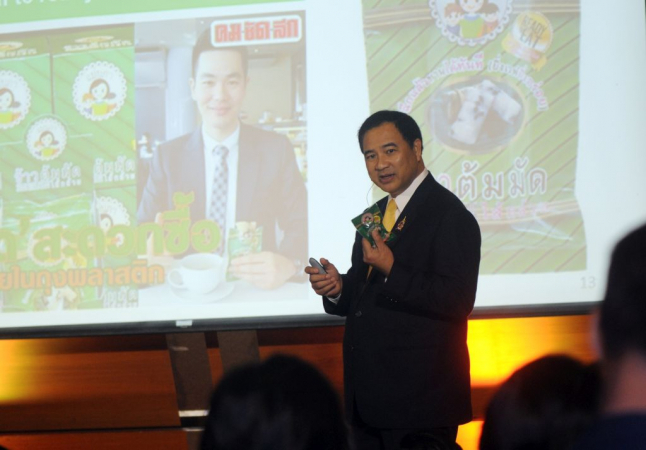 The Thai Chamber of Commerce on Thursday asked the Bank of Thailand (BOT) to further trim the benchmark interest rate and contain the strengthening baht in order to boost export competitiveness.

Officials of the chamber and the central bank met on Thursday (August 8) to discuss economic issues.

Chamber chairman Kalin Sarasin said that among the topics discussed was the central bank should seek ways to make Thailand the regional financial hub.

The chamber also proposed soft and bold measures to the central bank for handling the baht, including further cutting the benchmark rate. The bank should also crack down on cases involving speculation of the baht.

The appreciation of the baht for the past four years has hurt the competitiveness of exports and the situation is being worsened by the devaluing yuan and the trade wars, chamber officials said.

Atip Bijanonda, honorary president and Adviser of Housing Business Association, who also met central bank officials, said that he had proposed to the BOT to relax the loan-to-value (LTV) measure.