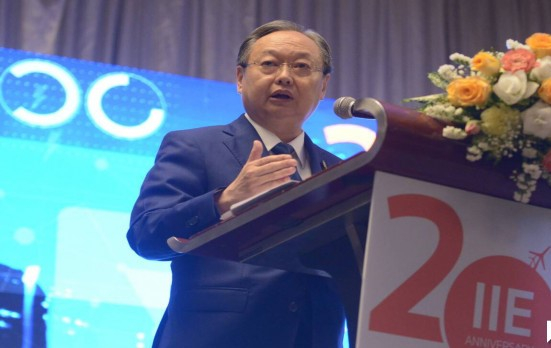 Energy Minister Sontirat Sontijirawong is pushing for the use of Napier grass as a source of energy.

Speaking at a seminar on “Energy for Industries for a sustainable future” to mark the 20th anniversary of the Institute for Industrial Energy on Friday (August 9), he revealed plans to establish a committee to work with the industrial sector in order to review the plan to use Napier grass, also known as elephant grass, as an energy source. He said the review process was expected to be completed within a month.
He spoke of a plan for Napier grass farming to feed electricity-generating plants, which could provide electricity to nearby villages and also encourage people to take part in energy production. This will help secure energy for people at a lower cost.

“I met with industries who are using Napier grass as a source for electricity. We will cooperate with the businesses to review and improve the power development plan [PDP]. In 2018, the PDP plan de-prioritised Napier grass in the energy crop group. However, I have to hold a session in order to hear from businesses and agriculture experts,” Sontirat said.
The Energy Ministry source said that the review of the Napier grass farming project was looking at two ways:
1 Using the successful business model of UAC Global, which uses Napier grass and corn as sources for biogas electricity production in Chiang Mai.
2 Adjust the pattern from the past to promote biogas by bringing the grass to ferment production of gas to produce electricity. This approach may help to reduce the cost of producing electricity.
“Napier grass electricity plants have to be based near animal farms due to the fermenting process and the need for a large water source. They are still discussing these matters to discover the proper approach,” the source said.
The Napier grass farming plan was proposed in 2013 by the then-energy minister, Pongsak Ruktapongpisal, as part of bioenergy production. However, the plan was abandoned a year later due to lack of a budget. The industrial sector continued with the plan without financial support from the government.