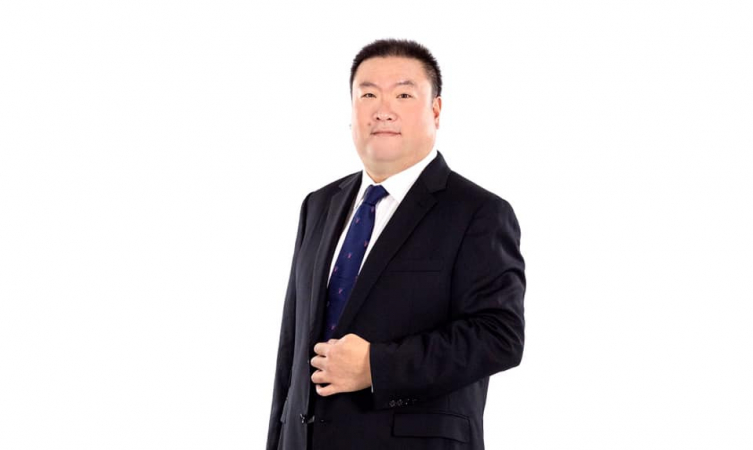 BTS Group has started the 2019-20 fiscal year with a 194 per cent jump in operating revenue for the first quarter, to Bt9.086 billion, from the same quarter of the previous year.

The company posted a recurring net profit of Bt1.006 billion, which is up 113 per cent year on year. This was supported by progress of the company’s rail transit expansion and innovation across the advertising, payment and logistics platforms under VGI PLC, its media subsidiary, the company said.

Kavin Kanjanapas, chief executive officer of BTS Group Holdings PLC, said: “On the back of another decent quarterly performance, BTS Group continues to beat prospects”, in reference to the company’s five-year guidance of recurring net profit to grow 25 per cent per annum on average.

“This is the culmination of groundwork laid in the previous two years and we anticipate the growth trajectory to continue from securing additional mass transit projects to be bid in the future,” he said.

“This quarter (April to June) was a remarkable start for our mass transit business. mass transit revenue soared to Bt7.208 billion, representing growth of 298 per cent year on year, largely from the recognition of construction revenue for the Pink and Yellow lines of Bt4.335 billion and an increase in services revenue from the provision of E&M works and the train procurement for the Southern and Northern Green Line extensions, which rose by 48 per cent year on year to Bt1.370 billion.

“Additionally, the full opening of Southern Green Line extension (Bearing – Kheha) in December resulted in higher operating and maintenance (O&M) revenue of Bt378 million, up 84 per cent year on year to Bt830 million.

“The springboard for top-line growth in this quarter was from higher revenue in the digital services segment, which was mainly from the consolidation of Trans.Ad Group (a system integration and total solutions services provider) and organic growth from Rabbit Group. Net profit stood at Bt304 million as a result of considerable increase in realisation of synergies from all segments under VGI,” Kavin said.

“VGI continues to innovate via expansion into adjacent businesses and technologies as well repackaging product offerings to customers, creating unique value for its customers. Synergies on product development in collaboration with PlanB are already materialising and these are already driving revenue growth.

“It is encouraging to see the government reinforcing policy priority in favour of further mass transit projects both in Bangkok and upcountry. With the strategic focus of the group firmly directed towards the deployment of mass transit, we expect significant benefit to our mass transit business as well as follow on benefits to our media, property and services segments.

“With over 19 years of experience in rail mass transit, we are now standing ready and extending our interests wider to explore further opportunities within the transportation and related Infrastructure arena to serve our mission that we aim to be the leading and sustainable solutions provider to Bangkok’s residents. This will not only help improve their quality of living, but also create value and enable us to deliver sustainable returns to our shareholders.”

Daniel Ross, BTS Group chief investment officer, said: “Our mass transit business will continue to be the primary driver of our revenue and earnings growth. The new government has reaffirmed its commitment to expanding Bangkok’s rail mass transit network. We are working full steam ahead to concurrently develop the new Pink and Yellow lines, as well as extensions to the Green Line which will triple the length of track that BTS currently operates, by the end of 2021.”

On August 9, the first station of the Northern Green Line extension (N9: Ha Yaek Lat Prao station) began trial operations. Subsequently, the opening of four more stations (up to N13: Kasetsart University station) is expected by the end of this year.

Ross said: “We are confident that the opening of these first five stations in this fiscal year will feed additional passengers to our core network as well as to significantly bolster our O&M revenue. The full operation of this entire route from Mochit-Khu Khot is expected to begin in 2020.”