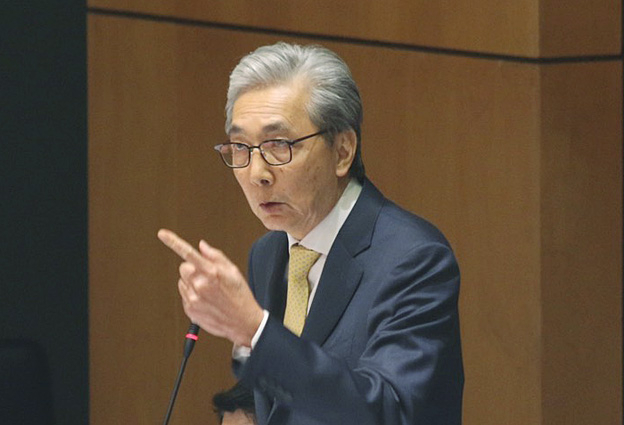 Deputy Prime Minister Somkid Jatusripitak has assigned the Industry Ministry to cooperate with the Board of Investment (BOI) to hold a roadshow to beat other nations in attracting investors to Thailand, among other new measures designed to attract investors, and particularly high technology firms.

Somkid said he has asked the ministry to work with the BOI to closely monitor companies that are considering shifting their production from China to Thailand, with a special focus on high-technology companies. The US-China trade war is reportedly having an effect on production in China, creating an opportunity to attract companies that are considering a shift to Asean countries such as Vietnam, Indonesia, Malaysia and Thailand.

“The BOI need to facilitate and apply trade measures to attract investors to Thailand, especially a Bt10 billion fund to maximise our performance in competing for investments. That fund support will be Thailand’s strong point, even though the basic wage in Thailand is much higher than in Vietnam” Somkid said.

The Industrial Estate Authority of Thailand (IEAT) must also change its focus to build a particular industrial estate to support Thai SME business, especially within the Eastern Economic Corridor (EEC), he said. The private industrial estate companies, such as WHA and Amata, have a high potential which later could evolve into a smart city construction plan. However, the land price in EEC areas is too high to attract SME businesses, and so private estate companies should bend toward the international market or large industrial companies while IEAT supports Thai SME businesses, he said.

The Industry Ministry will also cooperate with the BOI to hold roadshows in an effort to attract investors, while promotional measures need to be adapted to match every category of industrial company and to specify the area of support, such as for bioindustrial companies. The government will set targets by province for attracting companies. If there is support all around, it might attract more investors to Thailand.

Following discussions with the US Charge d'Affaires, the Consul said that Thailand has played an outstanding role in encouraging countries in the Ayeyawady – Chao Phraya – Mekong Economic Cooperation Strategy to sign a memorandum of understanding. The Consul would like to invite the Thai government to improve economic cooperation and regional investment to exercise restraint in trade with China, which has adopted the Belt and Road Initiative and with Japan which has extended The Trans-Pacific Partnership (CPTPP) and is dominating the Asean economic market. Moreover, the US supports Thailand role as a medium for CLMV (Cambodia, Laos, PDR, Myanmar, and Vietnam) countries in growing trade and investment.

Speaking at a separate event, Finance Minister Uttama Savanayana urged the listed companies in the SET 50 to increase investment to shore up the sagging economy.

He added that as they are the key engine driving the country's economy, they should step out of their comfort zones to help the country.