The long-awaited dream of turning Yangon, Myanmar’s commercial hub, into a smart city may soon be realised with the support of Amata Corporation Pcl, Thailand’s largest industrial estate developer.

Vikrom Kromadit, chairman of Amata Corporation Pcl, said at a signing ceremony on Thursday (August 22) that the firm would bring advanced technology and quality investors to Myanmar while ensuring environment protection for the local communities.

“We will take on a grand project, unforgettable in the history of your country. We will make sure that Yangon  become one of the best future cities in Myanmar,” he said. 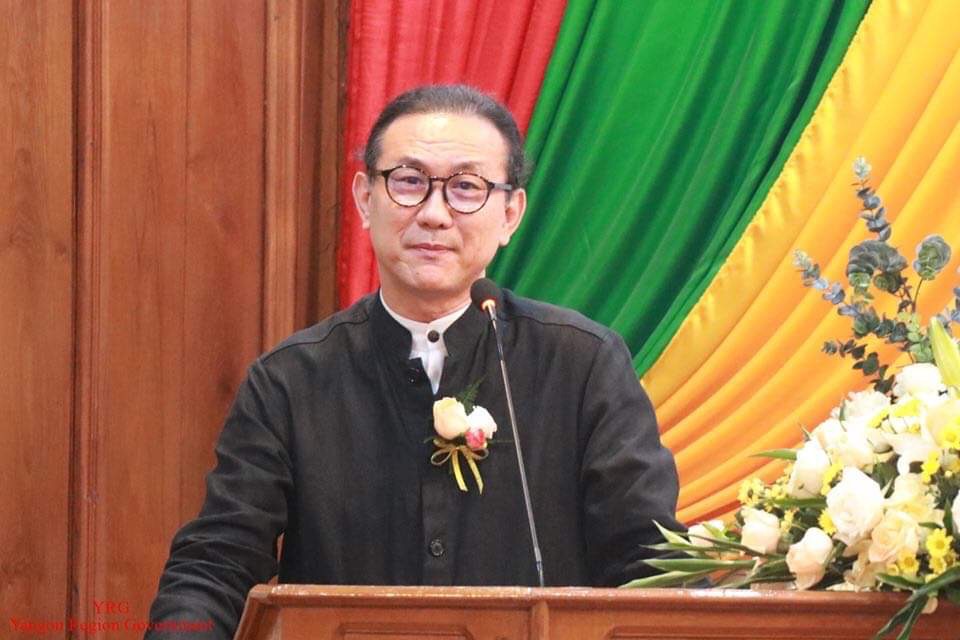 “We will bring good investors in line with the All Win philosophy, which means we will not only bring the best customers but also protect the environment. We will ensure the future Yangon city will be better than Amata in Thailand.”

At the event, Vikrom sought support from the regional authorities. He called for one-stop service so that investors do not need to visit various government offices before building their factories in a 2,000-acre [5,059 rai] industrial estate, to be developed by Yangon Amata Smart and Eco City (YASEC), a subsidiary of Amata Corporation, in cooperation with Myanmar’s Department of Urban and Housing Development (DUHD).

“We just need the licence and the land. We would like to start immediately,” he said.

Vikrom expects to start construction work once the rainy season is over.  Amata’s team in Myanmar is now much bigger than that three years ago. He also takes pride in saying that Amata now has more than 1,300 factories with an extensive workforce of over 300,000 employees, contributing US$500 million in  tax to the Royal Thai government every year.

“Today, I come back with a new dream. We are expanding our presence in the whole region, and Myanmar is the most important destination for us because nowadays a lot of Thai companies are coming here,” he said.

With Japanese corporations such as Toyota having established their presence in Myanmar, Vikrom is fully confident that the nation could take advantages of geopolitical issues including international companies moving out of China amid its prolonged trade war with the US.

“It is a good time, even though we are a little bit late,” he said.

“In our planning for  the first phase, we are targeting an inflow of $1 billion in foreign direct investment and job opportunities for nearly 30,000 people. We expect the government  to receive  at least $60 million in taxation.”

“As the largest company in Thailand, PTT accounts for over 20 per cent of Thailand’s GDP [gross domestic product]. It would like to invest in this power plant in Yangon. They would like to install   their equipment  as soon as possible, and they are willing to provide all the gas Yangon needs in the future,” he said.

Vikrom, together with Yangon Chief Minister Phyo Min Thein, witnessed the signing of a framework agreement to turn Yangon into  a smart and eco city with supporting infrastructure, logistics, services and other related businesses  According to the agreement, DUHD will hold a 20 per cent stake in the mega project.

Yasuo Tsutsui, managing director of YASEC, said the project would come with  huge employment opportunities, reduce regional poverty and promote capacity building for peopole in Myanmar. He said the green and smart technology concept would be adopted in project management.

“It will be the first sustainable eco city in the country,” he said.

“We believe it will meet all the conditions of a sustainable city with the focus  on providing an eco-friendly environment, quality employment opportunities, education, healthcare and commercial facilities in a single venue.”

Ye Sit Min, deputy director at DUHD, told The Nation that the framework agreement is the very first step in the implementation of the large-scale industrial estate which will ultimately become much larger than the Thilawa Special Economic Zone upon completion.

According to the official, the first phase would be developed on  200 acres [506 rai] in the East Dagon township of Yangon. Light and medium scale industries will be prioritised in the initial phase which is scheduled for completion in two years.

“Today, we signed the framework agreement and hope to enter into a joint venture agreement soon. We we will immediately implement the project once we have received the permit from the Myanmar Investment Commission,” he said.