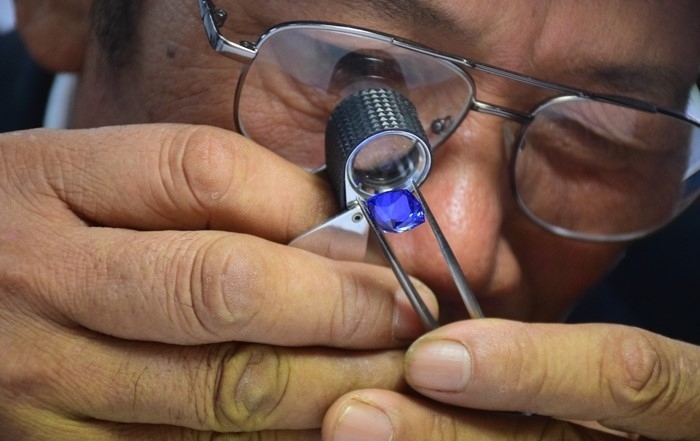 Gem and jewellery exports up 29 per cent this year

The Gem and Jewelry Institute of Thailand (GIT) says the export value of gems and jewellery grew by 29 per cent in the past seven months despite a swarm of international trade conflicts and public protests in Hong Kong, a key hub for the sector.

GIT director Duangkamol Jiambutr on 5 September put the value of exports from January to July at US$9 billion or Bt283 billion, a 29.29-per-cent increase year on year.
Gold exports led the climb, rising in value 72.67 per cent, matching the global gold price.
The price of gold increased to $1,412.98 per ounce in July.
Amid trade disputes involving the United States, China, the European Union and Iran, investors continue to see gold as a safe bet and trading has steadily increased.
Thailand’s top export market for gems and jewellery is Switzerland with 56 per cent of total export value, followed by Singapore and Cambodia.
The value of Thai jewellery exports among other Southeast Asian countries soared 108.28 per cent in those same seven months, with Singapore taking an 82 per cent share of the offerings, up 178 per cent from the same period last year.
The export value stemming from demand in India rose 91.01 per cent, mainly in raw materials and semi-finished products.
However, exports to Hong Kong decreased by 6.7 per cent, the EU by 10.5 per cent, the Middle East by 2 per cent, Japan by 7.6 per cent, Mainland China by 10.5 per cent, Pacific Island countries by 25 per cent, and Russian and its commonwealth by nearly 77 per cent.
Duangkamol said Thai gem and jewellery exports benefited from Washington’s imposition of tariffs on Chinese products including jewellery, opening the door to the US market wider for Thailand.
He said Thailand must nevertheless carefully monitor tensions between the US and Iran, the Hong Kong protests and the effects of the baht’s appreciation.