By THE N ATION

The Bank of Thailand (BoT) is expected to cut its policy rate by 25 basis point to 1.25 per cent at its Monetary Policy Committee meeting on September 25, according to Standard Chartered Bank Thailand.

This would be the second consecutive cut and take the rate to the floor, reached during the global financial crisis, Standard Chartered Bank economist Tim Leelahaphan said.

Various factors are likely to pressure the BoT to act again.

While a rate cut may not be effective in tackling the Thai baht strength, he thinks the central bank will have little choice but to deliver another cut as pressure mounts on the economy.

In addition, a dovish wave among global central banks is far from receding.

Thailand’s economic growth continues to grind lower, with no signs of improvement.

“We think BoT’s current 2019 GDP growth forecast of 3.3 per cent will be difficult to achieve, and we expect a downward revision at the September 25 meeting. We forecast a growth of 3.0 per cent,” he said.

Fiscal policy is unlikely to provide much support at this stage, putting the onus on monetary policy. The budget for fiscal year 20 (starting this October) is expected to be delayed.

The political situation and the government’s thin majority could also complicate budget implementation.

The stimulus package announced in August does not include a fresh dose of money, but taps unspent budget funds for fiscal year 19.

“We see a possibility that the policy rate could go lower than 1.25 per cent during this cycle, although this is not currently our core scenario,” he added. 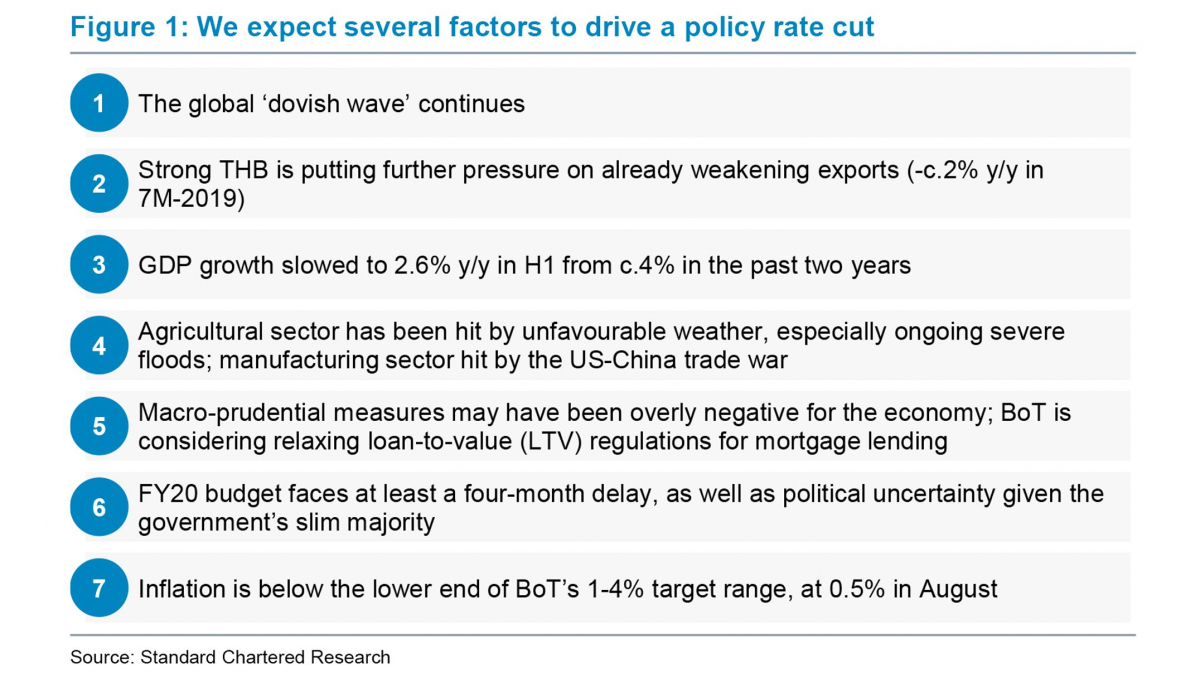