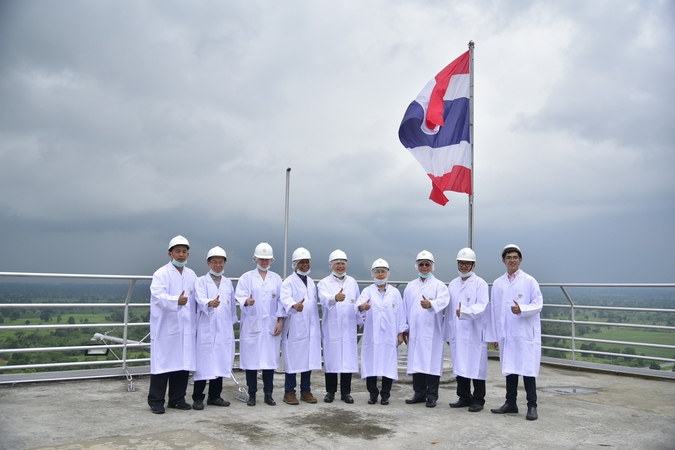 The World Organisation of Animal Health will hail Thailand and CP Foods as a model in preventing the spread of bird flu virus in the region, according to a company statement today (October 8).

Payungsak Somyanontanakul (DVM), vice president and head of Animal Welfare Committee of CP Foods, said the company had implemented the compartmentalisation system for broiler chicken, duck and others, neutralising the spread of Avian Influenza. It also guarantees food safety for consumers following wider spread of the virus in 2004. Moreover, it has joined hands with the Department Livestock Development (DLD) to develop risk analysis for the bird flu virus in line with Hazard Analysis Critical Control Points (HACCP). The practice ensures precise disease assessment.

“Despite lack of certification, EU commissioners, representatives of World Health Organisation, OIE and other health organisations have praised CP Foods’ compartmentalisation procedure that supports the nation's bird flu free strategy and ensuring all of our products are bird flu free. Thailand was the pilot country in the region in OIE compartmentalisation to control spread of the avian influenza,” said Payungsak.

It allows traceability throughout the supply chain. It has also further developed the system to prevent “emerging disease” in poultry farming.

For sustainable biosecurity, CP Foods has promoted the system to its contracted farmers who will be trained by veterinarian and experts from DLD.

Payungsak added that OIE representatives recently visited the company, from feed mills to processing plants in Nakhon Ratchasima to learn more of CP Foods’ compartmentalisation model. They will raise this model as a case study in the Southeast Asia workshop on compartmentalisation, organised by the OIE. The workshop aims to prevent poultry diseases, particularly avian influenza in the region.

So far, CP Foods has extended the system to create higher quality meat through “Benja Chicken”, which is raised without antibiotic. This premium product targets health conscious consumers.