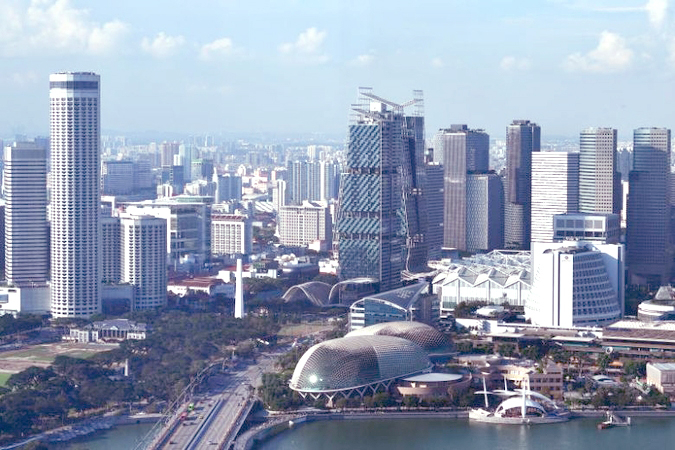 Singapore scored 84.8 out of a possible 100, beating the United States to the top spot in the rankings of 141 economies.ST PHOTO: LIM YAOHUI

SINGAPORE - Singapore is the world's most competitive economy, according to an updated global league table. 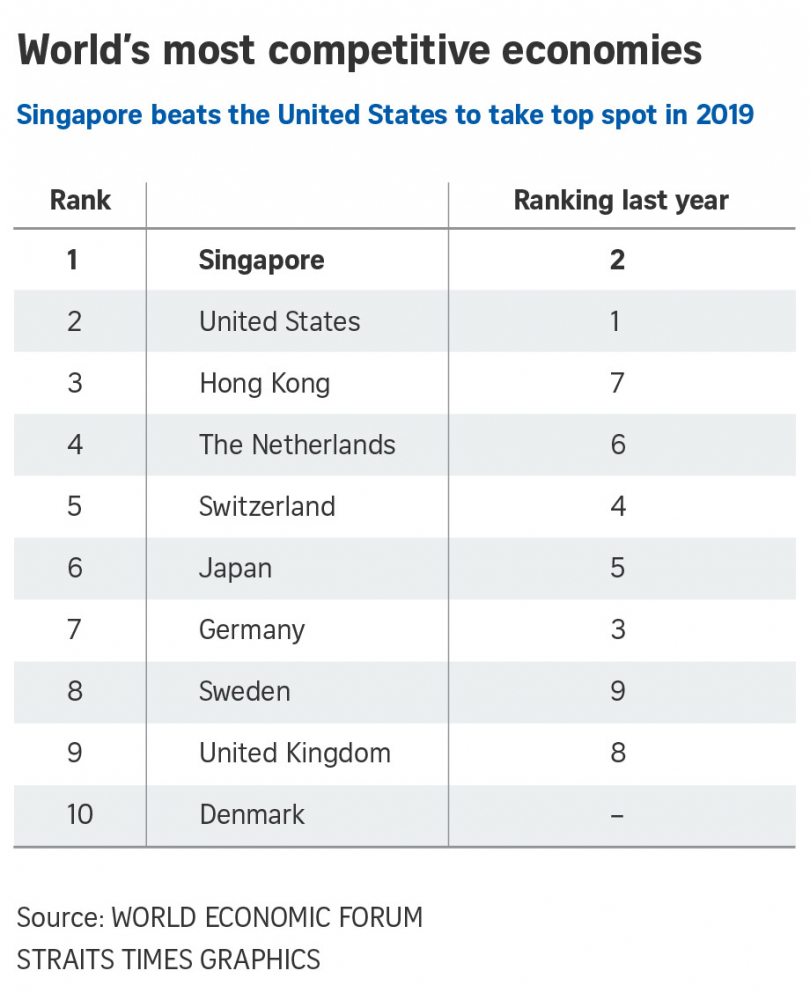 It scored 84.8 out of a possible 100, beating the United States to the top spot in the rankings of 141 economies.

The US, which topped the charts last year, scored 83.7.

"Singapore improves from an already high base," the World Economic Forum said on Wednesday (Oct 9), adding that the country ranked first for infrastructure - one of the index's 12 assessment pillars.

Singapore also was number one for two of the index's other pillars - citizens' healthy life expectancy years and labour markets.

"Singapore ranks second for the quality of public institutions, behind Finland, but its performance is undermined by limited checks and balances," the report said.

"Singapore notably ranks 124th on the Freedom of the Press Index - and lack of commitment to sustainability."

The report added that Singapore will need to promote entrepreneurship and further improve its skills base to become a global innovation hub.

It also noted that the US performed better in domestic competition and trade openness last year.

The report said the territory ranks first on four pillars - macroeconomic stability, health, financial system and product market - the most of any economy.

"Hong Kong's biggest weakness is undoubtedly its limited capability to innovate," the report said, adding that the region also lags behind Singapore in worker protection.

The Global Competitiveness Report series was launched in 1979 to provide an annual assessment of the drivers of productivity and long-term economic growth.