The Bank of Thailand (BOT) plans new measures within a few months to curb the baht’s rise, the central bank’s governor said on Thursday. 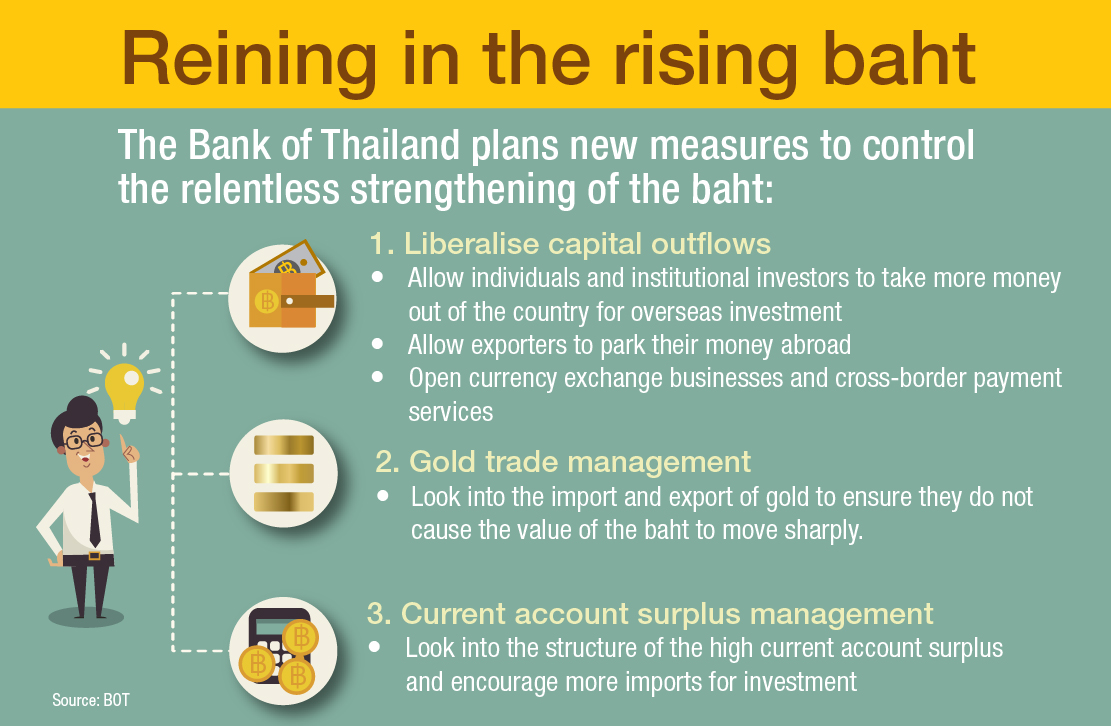 Among the measures being considered are liberalisation of capital outflows.

BOT Governor Veerathai Santiprabhob said the central bank’s Monetary Policy Committee has been worried much about the appreciation of the baht.

The BOT is planning additional measures to rein in the rising baht, and it would be ready in one or two months, he told reporters.

The new package of measures would cover three key areas, he explained.

First, the BOT will liberalise capital outflows by allowing individual investors and institutional investors to take more money out of the country for investment abroad. Exporters will also be allowed to park their money abroad when they earn income overseas. The BOT will also liberalise the currency exchange business and cross-border payment services in order to reduce the cost of cross-border transactions for people and businesses.

Veerathai, however, clarified that the fast appreciation of the baht over the past few days had been a result of investors bringing in more money to invest in one large company. He did not reveal the name of that company. However, it is widely known in the market that the company being mentioned is Asset World Corp, a leading real estate developer led by billionaire Charoen Sirivadhanabhakdi’s family. The company made its debut in the stock market on Thursday.

The baht hit a six-year high on Wednesday and on Thursday it moved at around Bt30.30 per US dollar while some analysts expected it would strengthen to Bt30.