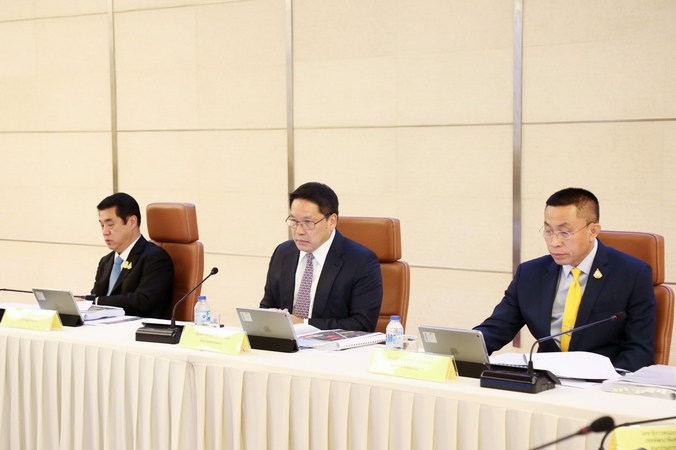 Transport Minister Saksayam Chidchob insists that State Railway of Thailand (SRT) will sign a contract to develop the high-speed railway crucial to the Eastern Economic Corridor with a Charoen Pokphand-led consortium by the revised deadline of October 25, with no further delays.

The original October 15 deadline lapsed after the entire SRT board of directors resigned on October 1.

Saksayam said on Thursday (October 10) that the new board will convene immediately after it is appointed by the State Enterprise Policy Committee on October 15.

His ministry will present the board’s membership roster for Cabinet acknowledgement on October 23 and two days later the CP consortium and SRT will sign the contract for the railway linking three major airports.

Uttama said several agencies would jointly get the project off the ground and noted that 72 per cent of the land required was ready to hand over to the contractor.

Kanit Sangsubhan, secretary-general of Eastern Economic Corridor Office, said the CP consortium needs clarification on the land handover, which is key to it securing loans.