Investors should beware of concentrating their investments in the bond issues of only a few giant corporates as this could expose them to risks, Tada Phutthitada, president of the Thai Bond Market Association (ThaiBMA), warned on Friday (October 11) in what was perceived as a reference to issues by CP Group and Thai Beverage.

Tada explained that the combined long-term outstanding bonds of two major groups accounted for 20 per cent of total long-term outstanding bonds of the bond market. Though he did not name the two groups, referring to them only as groups A and B, it was widely inferred that he was referring to conglomerates Charoen Pokphand Group and Thai Beverage Public Co.

“Investors may think they have diversified their risks by investing in bonds with different maturities, but they may overlook the fact that they have invested heavily in bonds issued by a few issuers,” he said.

The two giants have issued long-term corporate bonds with a combined value of Bt168.9 billion in the first nine months of this year. 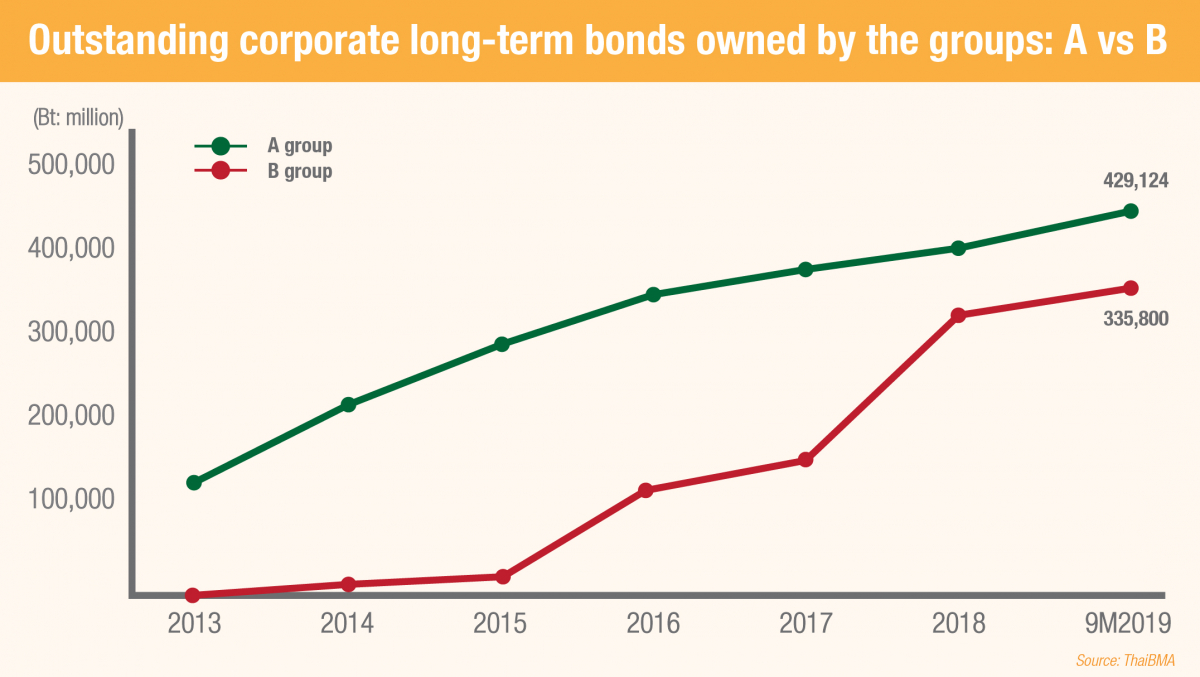 Meanwhile, the outstanding value of long-term bonds (maturity of one year and up) of the “A” group was much higher at Bt429.1 billion, while that of the “B” group amounted to Bt335.8 billion as of the end of September. 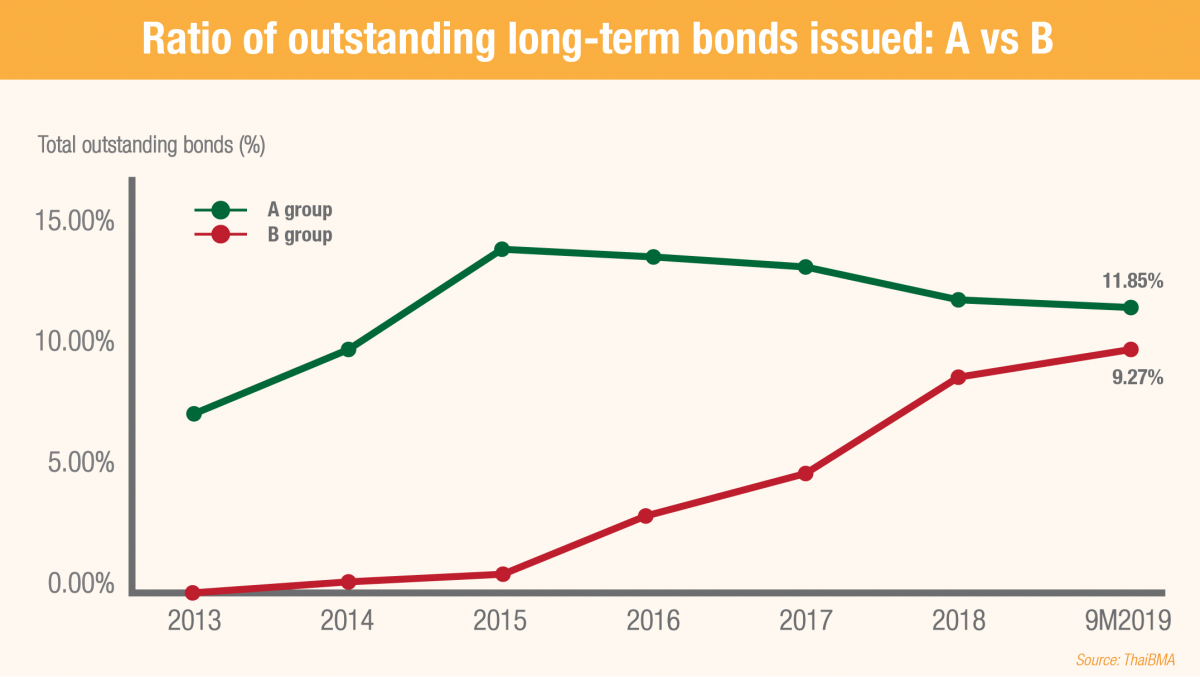 Though the two groups have so far not defaulted on their repayments, the ThaiBMA is worried about a concentration of risks, especially if investors focus heavily in these two groups, he noted.

In the banking sector, banks are subject to regulations that limit the amount loaned to a single borrower and there also are limits on lending to companies and affiliates in the same business group. Such regulations are designed to prevent banks from large loan exposure to one party, ensuring better risk management, he said.

However since there is no such regulation in the bond market, investors may expose themselves to a limited number of issuers, he said.