A recent study showed that most businesses in Thailand are in the hands of a few companies, which is causing a huge inequality of income and wealth, and the only way out is to promote market competition and reduce monopoly.

Krislert Samphantharak, director and secretary of the Puay Ungphakorn Institute for Economic Research at the Bank of Thailand, led the study on “peeking into Thai business structure via shareholder information”.

The researchers looked into 3.3 million items of shareholder information in more than 880,000 corporates and found that there were only 9,068 groups running businesses in the country. They also found that most of the businesses were concentrated among 13 business groups, each having more than 100 companies under its umbrella, while the remainder had only two or three companies in their group. 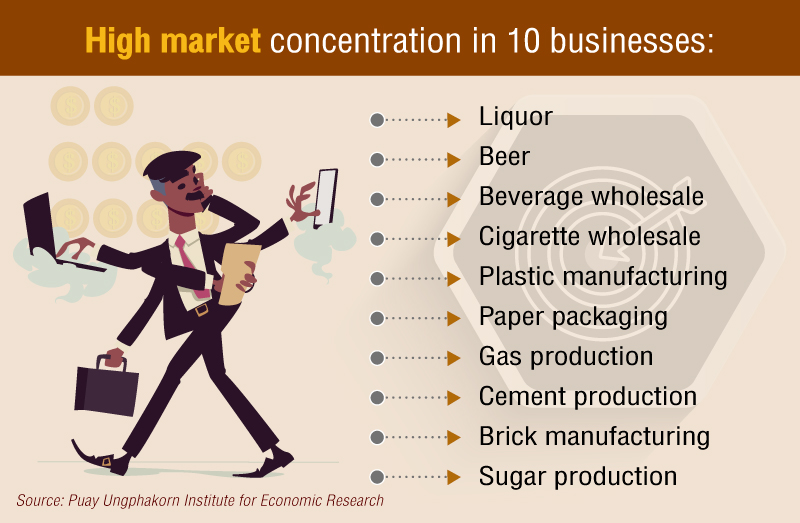 Krislert said this high market concentration has a direct impact on wealth and income inequality among Thais. A study in 2017 had also found that 500 persons accounted for 30 per cent of total profits in the Thai business sector and equities held by 500 people represented 36 per cent of the total book value of Thai businesses.

The previous study and the latest are apparently in line with an earlier survey by Credit Suisse Global Wealth report, which found that Thailand has the greatest inequality in wealth in the world.

Krislert, hence, suggested that Thailand needs to promote market competition to improve wealth and income inequality, and for this the government will have to promote new market entries, especially in terms of small and medium-sized firms. More effort should also be made to reduce market monopoly and promote new entrepreneurs, the study suggested. 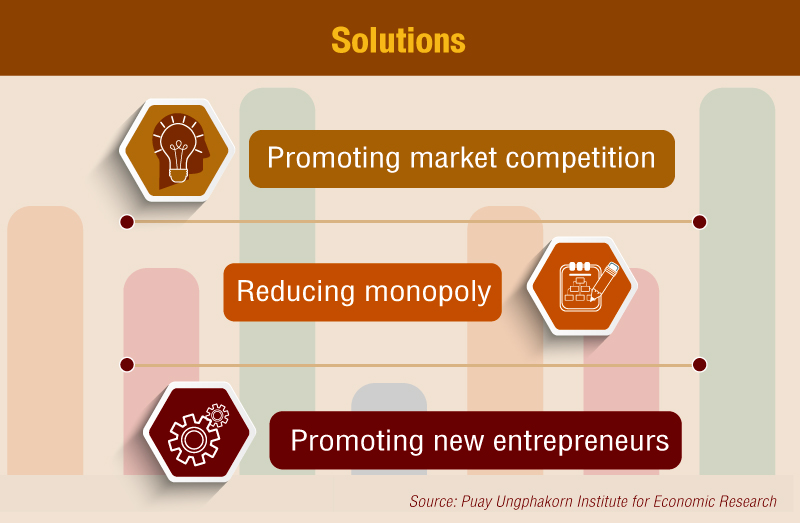