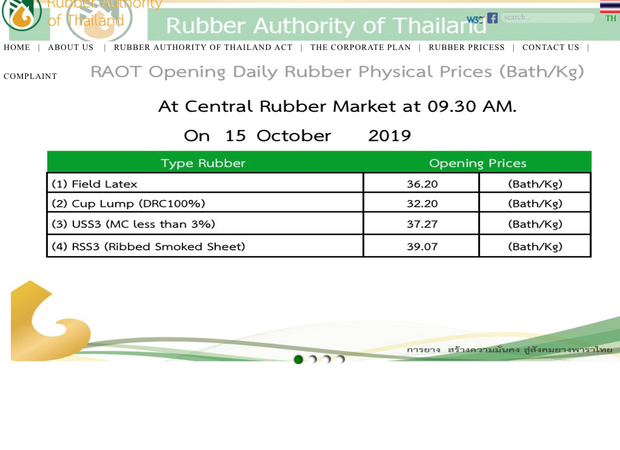 Cabinet on Tuesday (October 15) approved a Bt24.278-billion budget for the first phase of income-guarantee subsidy for rubber farmers.

The scheme aims to ensure 1.4 million rubber farmers have a stable income for six months, starting from this month until March next year. The payments will be made via the Bank for Agriculture and Agricultural Cooperatives.

The scheme guarantees the price of premium grade rubber sheets at Bt60 per kilogramme, latex at Bt57 per kg and cup lumps at Bt23 per kg. The maximum guaranteed amount will not exceed Bt240 per kilo per rai per year and will be limited to 25 rai per farmer.

Farmers who have registered with the Rubber Authority of Thailand will be eligible and the scheme will only cover plantations that are at least seven years old.