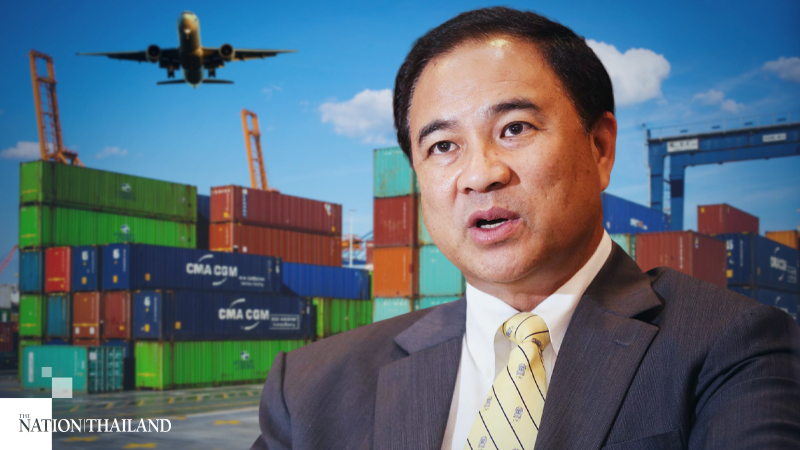 Govt urged to not let opportunities offered by CPTPP pass by

The private sector is calling on the government to make a decision on the trans-Pacific partnership as Thailand seems to be losing opportunities as Japanese businesses consider relocating to Vietnam.

Thailand has signed many free-trade agreements (FTA), but there seem to be several issues with when exactly extensive negotiations for the Comprehensive and Progressive Agreement for Trans-Pacific Partnership (CPTPP) should begin.

On Thursday (July 2), the Joint Standing Committee on Commerce, Industry and Banking (JSCCIB) held a seminar to discuss the pros and cons of joining CPTPP and invited members to share their experiences after joining the agreement.

Kalin Sarasin, chair of the Thai Chamber of Commerce and the Board of Trade of Thailand, said CPTPP membership is an important issue for the government as it will require every sector to be prepared, including the private sector and various sectors of the society.

Also, he said, if Thailand joins the partnership, it will have to spend many years negotiating deals with other members.

Kalin said he has discussed the issue with the Japanese Chamber of Commerce (JCC), which said Japan wants Thailand to join the partnership as it wants to maintain its long-term investment ties with the Kingdom, which it considers an investment hub in Asean. However, after Vietnam joined the partnership, many Japanese companies have decided to shift due to better perceived benefits.

Delaying the signing of the pact will make things more difficult for Thailand, as the partnership already has 11 members and the government will have to negotiate its standing with them first. If these negotiations are delayed and there are new members, then Thailand will have to negotiate with more countries, which will further delay the membership process.

“The government should make the decision soon, because otherwise Thai businesses will lose out,” Kalin said.

Meanwhile, Auramon Supthaweethum, director general of the Trade Negotiations Department, said she can’t confirm if Thailand will submit its application within the August 5 deadline as the special panel studying the pros and cons of CPTPP has extended its study by another 60 days. Joining CPTPP may take seven to eight years, about as long as the Regional Comprehensive Economic Partnership did, she said.

Japanese investors eye Vietnam
Ryohei Gamada, a senior economist at Japan External Trade Organisation (Jetro), told the seminar that a survey of 1,000 Japanese businessmen showed that most of them (41 per cent) wanted to invest in Vietnam now that it has entered the CPTPP. Only 23 per cent said they were willing to stay in Thailand and would support it in the long-term if it joined the pact.

Joining the CPTPP has helped boost Japan’s economic value by 7.5 per cent of its GDP, which is worth more than its FTA with the European Union.

Meanwhile, Tran Thi Thanh My, commercial counsellor of trade at the Vietnamese embassy in Thailand, said that Vietnam like Thailand has free-trade agreements with many CPTPP members, such as Canada, Peru and Mexico. The value of its exports to the 10 CPTPP partners covers 50 per cent of its exports and further widening the sector.

Hugh Robilliard, the Australian embassy’s political and economic counsellor, told the seminar that CPTPP has helped his country’s GDP to grow 5.4 per cent now that the value of exports to member countries has risen from 26 per cent to 70 per cent.

Australia currently exports to 10 partner countries with tax exemptions of up to 98 per cent on all products.

The partnership has also had a positive impact on Australia’s ties with partners such as Japan, which is starting to import and exchange more products like beef, rice and sugar. Robilliard said in the next decade or so, Australia will receive better economic benefits with its per capita income rising by 0.5 per cent and revenue rising by 1 per cent due to a rise in trade of goods and services.

Meanwhile, opposition Pheu Thai Party has said it will have its party leader Sompong Amornvivat observe the discussion the special CPTPP will hold next week. The opposition party has recently said it opposes the agreement, which is also opposed by coalition members Democrat and Bhumjaithai parties.