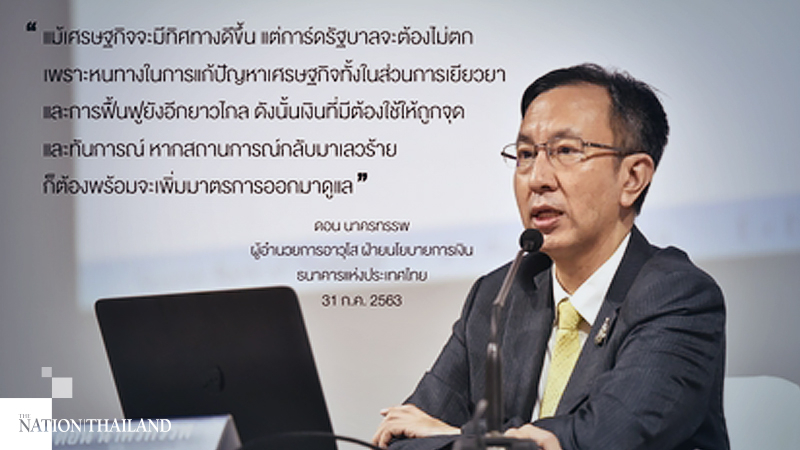 The falling economy has bottomed out, but unemployment remains a serious concern, said the Bank of Thailand (BOT) today.

These indicators suggested the economy had bottomed out and, if the recovery continue, the central bank may revise upward its GDP projection, he said. The BOT’s current 2002 GDP projection is for a contraction of 8.1 per cent.

Easing of lockdown restrictions contributed to the economic improvement in June, he said.

However, if a second wave of Covid-19 infection occurs and leads to another big lockdown, economic recovery would be further disrupted, he pointed out.

Despite some improvement last month, the economy remains deep in negative territory, with unemployment the biggest concern, he warned. The number of workers applying for unemployment benefits has been rising. Some observers estimate it could rise to 5 million, or about 10 per cent of the total workforce, said Don.

Separately, Supachai Panitchpakdi, former director-general of the World Trade Organisation (WTO), said the Thai and Asean economy are expected to recover by the end of this year, but trade may still contract. Trade in food, communication and medical equipment may recover first, said Supachai, who is also a former secretary-general of the UN Conference on Trade and Development (UNCTAD). Risk of declining trade would persist for the next one or two years, he added.