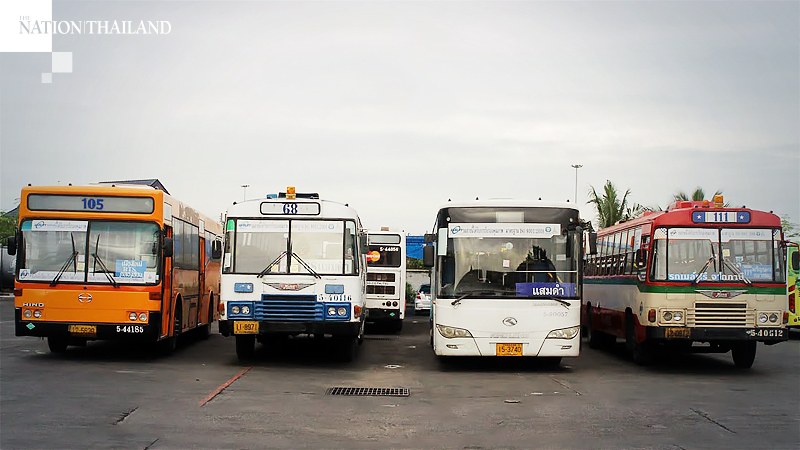 The Cabinet has accepted the Bangkok Mass Transit Authority (BMTA)'s proposal to borrow Bt7.89 billion in a bid to boost its liquidity as it expects to lose Bt33 billion in operations next year.

Deputy government spokesperson Traisulee Traisoranakul said on Thursday (August 13) that the BMTA loan will be guaranteed by the Finance Ministry.

According to the BMTA, its revenue and expenditure for 2021 are expected to stand at Bt9.58 billion and Bt42.67 billion respectively, creating a Bt33.09 billion contraction in revenue.

“Hence, the BMTA needs to borrow Bt7.89 billion to use as circulating capital and boost liquidity on operating public transport service,” she said.

She went on to say that since 2017, the Cabinet has approved loans worth nearly Bt70 billion for the BMTA as follows:

August 8, 2017: Bt2.83 billion to pay for fuel and to repair air-conditioned public transport vehicles during the 2018 fiscal year.

According to the Transport Ministry’s report released on November 30 last year, the BMTA had liabilities totalling Bt122.1 billion, mainly because the agency collects fare that is far lower than the actual cost, and cannot adjust it in line with the current situation.

Meanwhile, the Finance Ministry and Budget Bureau have advised the Transport Ministry and BMTA to come up with a rehabilitation plan, especially guidelines to boost revenue, reduce expenses and solutions to ease the debt problem as soon as possible and relieve the government’s burden.