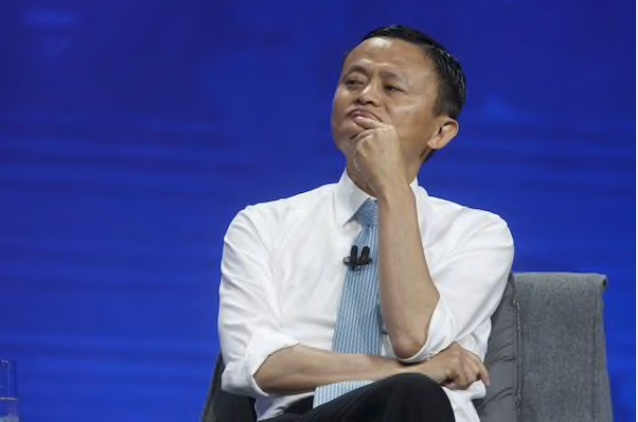 Jack Ma in 2017. MUST CREDIT: Bloomberg photo by Cole Burston

The midlevel bureaucrats left China's richest man waiting as they prepared for a meeting that would send shock waves across the financial world.

It was Monday morning in Beijing, and Jack Ma had been summoned to a conference room at the China Securities Regulatory Commission (CSRC) just days before he was set to take Ant Group public in the biggest stock-market debut of all time. 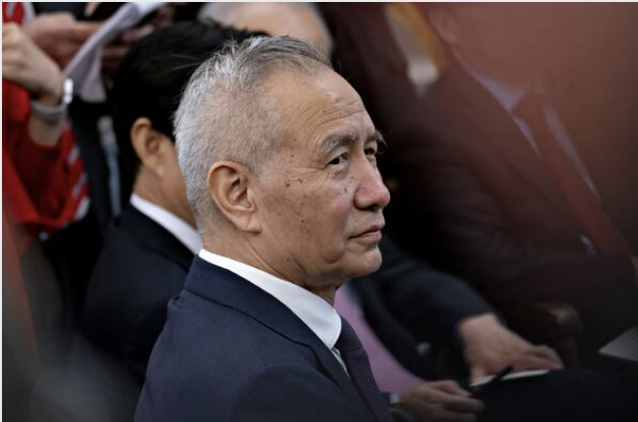 When the bureaucrats finally turned up, they skipped over pleasantries and delivered an ominous message: Ant's days of relaxed government oversight and minimal capital requirements were over. The meeting ended without a discussion of Ant's IPO, but it was a sign that things might not go as planned.

The subsequent unraveling of the $35 billion share sale has thrust Ma's fintech giant into turmoil, offering a stark reminder that even China's most celebrated businessman is not immune to the whims of a Communist Party that has steadily tightened its grip on the world's second-largest economy under Xi Jinping's leadership.

Among the questions that linger as international investors try to make sense of a chaotic 72 hours: Why would China scuttle Ant's IPO at the last minute after months of meticulous preparation? And what does the future hold for one of the country's most important companies?

Interviews with regulators, bankers and Ant executives offer some answers, though even insiders say only China's top leaders can be confident of what happens next. Most of the people who spoke for this report did so on the condition of anonymity to discuss sensitive matters.

Ma's meeting in Beijing on Monday triggered a behind-the-scenes scramble by Ant and its bankers for more clarity from Chinese regulators. While CSRC officials signaled at the time that they were not aware of any changes to the IPO plans, the regulator's cryptic social media post later that day about a "supervisory interview" with Ma set tongues wagging from Hong Kong to New York.

By Tuesday afternoon, the mood had worsened as whispers of a delay began circulating in Shanghai. At about 8 p.m., the city's stock exchange called Ant to say the IPO would be suspended.

When the official statement landed less than an hour later, it cited a "significant change" in the regulatory environment but offered few additional details on why authorities would scupper the listing two days before shares were expected to start trading.

At a hastily arranged meeting between Ant's bankers and the CSRC later that evening, officials noted the company's need for more capital and new licenses to comply with a spate of regulations for financial conglomerates that had begun taking effect at the start of November. There was no discussion of how quickly the IPO could be restarted.

An Ant spokesman said the need for more capital and new licenses was not discussed in the meeting, but he declined to provide more details.

One concern among regulators was that the stricter rules may not have been fully disclosed in Ant's prospectus. On top of the new financial conglomerate regulations, the government had on Monday released stringent draft rules for consumer loans that would require Ant to provide at least 30% of the funding for loans it underwrites for banks and other financial institutions. Ant funds 2% of its loans, with the rest taken up by third parties or packaged as securities.

Several officials said it was better to stop the listing at the 11th hour than to let it proceed and expose investors to potential losses.

That sentiment was shared by at least one institutional money manager, who said he had practically begged an Ant executive for an IPO allocation during a meeting at the Mandarin Oriental hotel in Hong Kong. Now that he has a clearer idea of the regulatory risks, he's relieved the share sale was shelved.

The CSRC said in a statement on Wednesday that preventing a "hasty" listing of Ant in a changing regulatory environment was a responsible move for the market and investors.

Still, some China watchers have an alternative theory for why Xi's government acted the way it did: It wanted to send a message.

Ma, a former teacher who's widely revered in China, faced an unusual amount of criticism in state media after he criticized the country's financial rules for stifling innovation at a conference in Shanghai on Oct. 24. His remarks came after Vice President Wang Qishan - a Xi confidante - called for a balance between innovation and strong regulations to prevent financial risks.

"It appeared that, intentionally or not, Ma was openly defying and criticizing the Chinese government's approach to financial regulation," Andrew Batson, China research director at Gavekal Research, wrote in a report.

The weekend before Ma was summoned to Beijing, the Financial Stability and Development Committee led by Vice Premier Liu He stressed the need for fintech firms to be regulated.

In one sign authorities may keep up the pressure on Ant, people familiar with the matter said on Wednesday that regulators plan to discourage banks from using the fintech firm's online lending platforms. The directive strikes at the heart of Ant's commission-based lending model, which generated about 29 billion yuan ($4.4 billion) of revenue in the six months ended June.

Any suggestion that banks will stop using its platforms is unsubstantiated, Ant said in a response to questions from Bloomberg.

Some investors are bracing for tougher times at Ant and the rest of Ma's business empire. Shares of Alibaba Group Holding, which owns about a third of Ant, tumbled more than 8% on Tuesday in New York for the steepest drop in five years. The slump cut Ma's wealth by almost $3 billion, to $58 billion, dragging him down to No. 2 on China's rich list behind Tencent Holdings's Pony Ma.

The IPO debacle has also raised broader concerns about China's commitment to transparency as it tries to lure international investors.

On Tuesday, confusion over the suspension triggered a flood of calls to Ant's bankers from baffled money managers. The sense of whiplash in some cases was stark: An hour or two before the suspension was announced, Ant's investor relations team was still trying to confirm attendance at a post-IPO gala in Hong Kong. One of the company's biggest foreign investors predicted the episode could do lasting damage to confidence in China's capital markets.

It may also have spillover effects on Hong Kong, whose status as a premier financial hub has already come under question amid increased influence from Beijing. Nearly a fifth of the city's population by one estimate had signed up to buy Ant shares; many who had planned on a windfall were instead stuck paying interest expenses on useless margin loans.

"The lack of transparency reminds us that the 'Chinese way' remains fraught with issues," said Fraser Howie, author of "Red Capitalism: The Fragile Financial Foundation of China's Extraordinary Rise."

As for Ant itself, it's unlikely that the IPO suspension will deal a fatal blow. The company had 71 billion yuan of cash and equivalents as of June and is one of China's most systemically important institutions. The last thing authorities want is a destabilizing loss of confidence in a business that plays a key role in the nation's financial plumbing.

The more pertinent risk for Ant is a decline in its breakneck pace of growth and lofty valuation. China's new regulations will force the company to act more like a traditional lender and less like an asset-light provider of technology services to the financial industry. That will almost certainly mean a lower price-earnings ratio for the stock if it eventually lists.

Also looming is the introduction of China's central bank digital currency, which threatens to erode Ant's dominance in payments. That could have implications for the company's other businesses as well. Ant's credit platform, for instance, utilizes its huge trove of payments data to assess the financial strength of borrowers who often lack collateral or formal credit histories.

All of that will be bad news for shareholders who propelled Ant's valuation to $315 billion - higher than that of JPMorgan Chase & Co. But it may suit regulators and party leaders who worry that Ma's creation has grown too big, too fast.