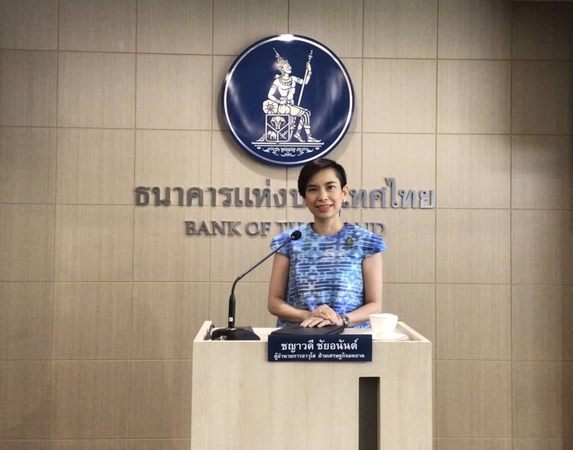 The Bank of Thailand (BOT) has listed three concerns for economic recovery now that Thailand and other countries have been hit by a new surge of Covid-19 cases.

The fresh outbreak may disrupt the recovery more than calculated in the central bank’s December 20 assessment, Chayawadee Chai-Anant, senior director of the BOT’s economic and policy department, warned on Wednesday.
The central bank is watching closely to see whether the government can contain the outbreak, she said.
The second concern is that Thai exports may be hit hard by fresh lockdown restrictions imposed abroad, she warned.
The third concern is the Thai labour market. The job market’s recovery remains very fragile, with unemployment still high and compensation payments not dropping, she pointed out.
Jobless workers in the social security system accounted for 7.8 per cent of total unemployment in November, compared to 8.1 per cent in October. Those receiving compensation payments accounted for 4.7 per cent, little change from 4.9 per cent in the month before. Those working less than 20 hours per week both in farm and non-farm sectors dropped slightly to 2.2 million last month from 2.5 million in October. The weak labour market indicates the economic recovery does not have a broad base, said Chayawadee.
Partial economic recovery in November was driven by government stimulus while contraction of exports decelerated to 2.3 per cent. The baht appreciated sharply in November after Joe Biden won the US presidential election and vaccine development advanced – good news that fuelled capital inflows into Thai stock and bond markets. The baht’s appreciation decelerated in December as the US dollar rebound, she added.