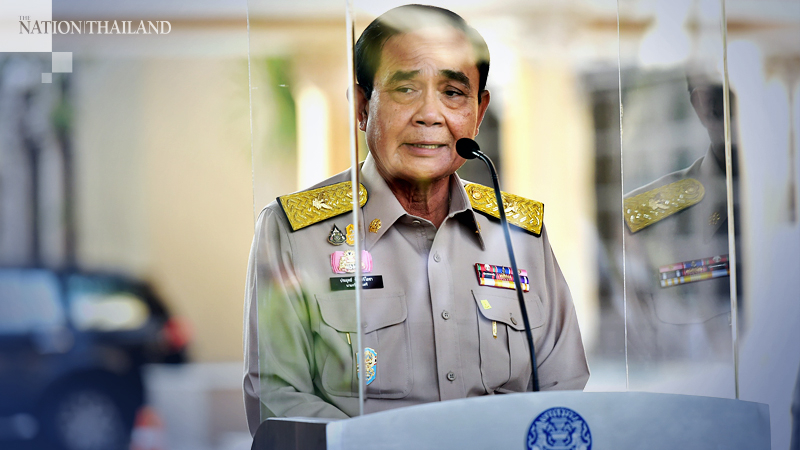 The government is seeking measures to combat the economic impact of the new Covid-19 outbreak, Prime Minister Prayut Chan-o-cha said on Monday.

Prayut spoke after the daily infection rate rose to 745 cases, the highest since the virus outbreak early last year.
The PM expressed concern over the impact on the 28 provinces under “maximum controls” after being hit by more than 50 cases. Provincial governors would have to decide on what restrictions were appropriate for the Covid-19 situation in their province, said Prayut.
Responding to calls from businesses to extend suspension of debt repayments, Prayut said the existing debt holiday had not yet ended. Many businesses are still struggling from the impact of the first outbreak, though some had resumed repaying debts to banks before the new surge in cases.
The PM said the fresh outbreak called for new measures for which the government would have to find funds.
“If we can’t find the funding, it will be over,” he added.
Meanwhile the parliamentary committee responsible for monitoring Bt1 trillion of Covid-relief borrowing will convene on Tuesday for a meeting with Finance Ministry, Bank of Thailand and State Council officials.
Committee spokesman Akadet Wongpitakroj said it wants to amend the Covid relief emergency decree to ease conditions attached to Bt500 billion in soft loans to support small businesses. The amendment was needed because businesses have found it difficult to access the loans, he said.
Meanwhile, the Public Debt Management Office (PDMO), said the government has Bt400 billion left of the Bt1 trillion in borrowing to fund Covid-relief projects. The PDMO said the government had borrowed about Bt600 billion so far.
The Cabinet approved borrowing of Bt510 billion for Covid-relief last year. The PDMO received Bt370 billion of that money and used most of it (Bt348 billion) to relieve people’s financial burdens, said PDMO director general Patricia Mongkhonvanit.
The Cabinet also approved Bt130 million for economic recovery projects in 2020, of which Bt34 billion went to the PDMO, she added