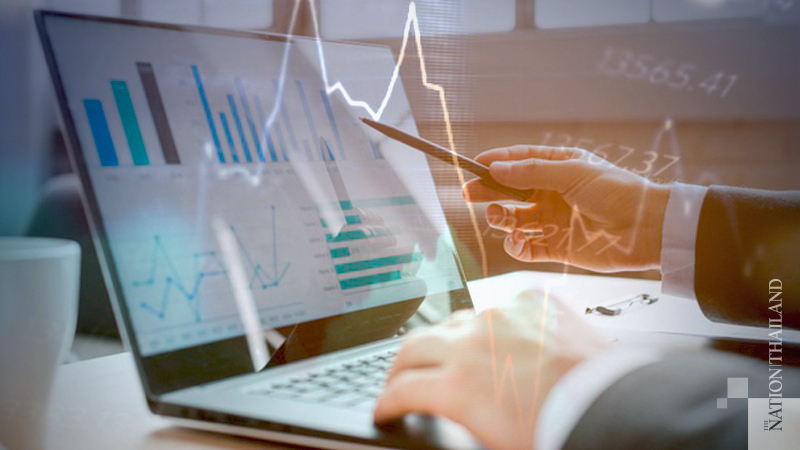 The Dow Jones industrial average capped a volatile session Wednesday with a record high, as investors kept an eye on growing turmoil at the U.S. Capitol and tracked election results emerging out of Georgia.

The gains came even as thousands of President Donald Trump's supporters stormed the Capitol just as Congress was set to confirm that President-elect Joe Biden won the election. Trump continues to dispute the election results, without evidence, and had encouraged his supporters to attend the rallies. One person was shot during the melee and the D.C. National Guard was activated.

The runoff was triggered after no candidate captured at least 50% of the vote in November, putting control of the Senate at play. The gain of two seats gives Vice President-elect Kamala Harris the tie-breaking vote.

Many investors worry that a Democratic-controlled Senate could ease the path for the incoming Biden administration to usher in tax increases and regulatory changes. But flipping the chamber also increases the odds of more fiscal stimulus, boosting companies that have been hard hit by the pandemic and the broader economy.

"First, there was still some confusion as far as whether or not Republicans still had a chance to win. There was a concern that these overseas votes and military ballots would take a few days to come in," he said. "But as it became clear that - okay, we had Ossoff give his, well premature, but - victory speech, and as more political insiders stated that this is over, I think we saw more confidence pile into this blue wave trade."

Moya said Wall Street analysts - himself included - were surprised by the preliminary results that, with Warnock's projected win and Ossoff's lead. So was Michael Mussio, president of FBB Capital Partners.

"I definitely think the mantra in the base case is divided government, and that definitely seems to be waning," Mussio said. "Now we're kind of rallying a bit, saying, there's likely to be more stimulus behind the most recent package because of the ability to move that through."

Financial stocks soared, with Wells Fargo jumping nearly 7.1%, Bank of America growing nearly 6.3%, and Goldman Sachs up nearly 5.4%. Mussio called the day of gains "a little bit goofy," because of what a Democrat-controlled Senate might mean for the banking sector.

Chris Rupkey, MUFG chief financial adviser, advised investors to focus on the future of the economy - and what the Biden administration and new legislators will do to address persistent job losses during the pandemic and rising coronavirus cases. More than 359,000 Americans have died of covid-19, and nearly 21.3 million have been infected.

"A new government is returning to Washington and legislators are going to have their hands full as economic weakness seems to have returned," Rupkey said. "The path of the economy depends on the course of the pandemic and the renewed virus outbreak has thrown the economy for a loop which dashes the hopes of nearly 10 million Americans who lost their jobs after the pandemic hit. The worst economic downturn since the Great Depression isn't over yet."

Energy stocks soared Wednesday, Moya said, because investors expect the new Congress to support the Biden administration's clean energy initiatives, which will be positive in the long-term for oil companies.

Oil markets also rallied Wednesday, though they are more focused on the pandemic and market fundamentals than the election. Brent crude, the international oil benchmark, leveled up nearly 0.8% to $54 a barrel. West Texas Intermediate crude, the U.S. benchmark, ticked up nearly 0.9%, to $50.37 a barrel.

"Bonds aren't cheap. Stocks certainly aren't cheap," Mussio said. "Seeing things like bitcoin through the stratosphere, I think we're definitely seeing some lofty parts of the market and investors should be doing their due diligence."

Looking ahead, Mussio said, he expects the next big market influencer to be earnings season in the next few weeks.

"Two months after the election, we don't have any elections in front of us for a while," Mussio said. "I think part of that positive move is knowing that stuff is kind of behind us at least for the next year plus until midterms."