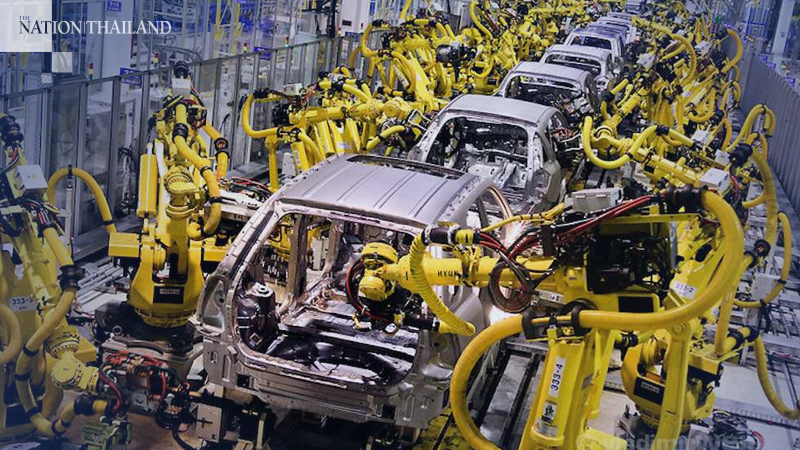 The Thai automotive industry is likely to expand 3-4 per cent in 2021-23 after a tough 2020, Krungsri Research Centre said.

The auto industry in 2021-23 will have supporting factors such as domestic sales that are expected to grow at an average of 3-4 per cent in line with the economic conditions that gradually recover, the research centre said.

It is expected that the demand for commercial vehicles would expand well, benefiting from the growth of the construction sector, online retail business, and logistics business.

However, the sales growth rate is likely to be limited due to fall in purchasing power, but consumers are expected to recover gradually in line with the economic direction, the centre said. Household debt remains high and financial institutions remain strict in approving credit.

The automobile export market is expected to grow on average 4-5 per cent, driven by the gradual global economic recovery. In addition the Asean Free Trade Area support for export in the region, as well as establishing mutual recognition agreements in the Asean region on inspection and certification of automotive and parts safety standards, would help reduce the re-inspection process, the centre said.

Risk factors to be watched include uncertainty over the trade conflict between the US and China, and the Philippines -- one of the major export markets -- raising tariffs on imported cars from Thailand in response to a trade dispute over pricing of imported cigarettes by Manila, as well as many governments around the world pushing policies to support the use of electric cars, which may affect Thailand's car exports, almost all of which are combustion engines.

New car dealers expect that in the next three years (2021-2023), business revenue is likely to see limited growth. Revenue from new car sales will expand in line with domestic car sales, with expected average growth of 3-4 per cent per year.

Revenue from maintenance and distribution centres would tend to decline following the decline in the number of registered cars aged less than five years, despite demand for car maintenance based on car age and distance, the centre said. There is still a risk that some car users may switch to general car repair shops.

In addition, the business is also under pressure from the automotive policy, including the policy for dealers to invest in improving showrooms and service centres to meet standards. It will increase the cost burden of operators and the policy to penetrate the online market. This may lead to more intense competition between dealers because buyers have easy access to information.

The second-hand car market will be sluggish in the first nine months of this year. Due to price competition, operators will release stocks due to their need to reduce the interest burden and the cost of maintenance. However, at the end of the year, low used-car prices would motivate purchases, the centre said.

In addition, buyers are concerned about the risk of using public vehicles due to Covid-19, and may decide to buy a used car.

However, the trend of the used-car market in 2021-23 is expected to grow in line with the recovery of purchasing power in the country. The price of used cars will gradually increase due to the slowdown in the supply of old cars in the first car market.

The competition is likely to become more intense as it is expected that more new entrepreneurs will enter the market from the expansion of multinational companies and affiliates of the carmakers which may pressure business performance, most of which are SMEs.