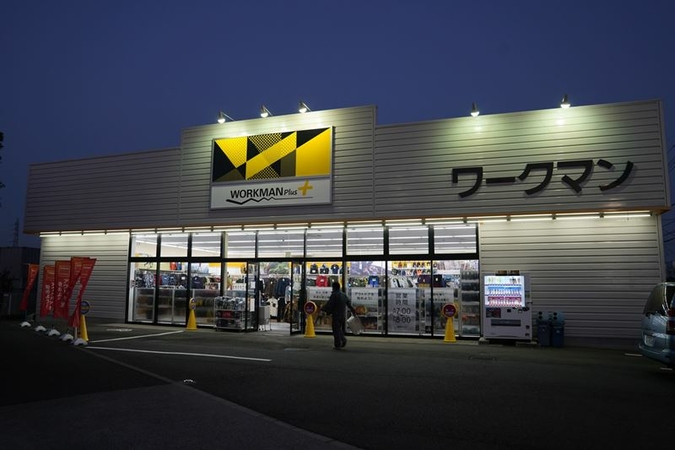 A WORKMAN Plus store in Tokyo. MUST CREDIT: Bloomberg photo by Toru Hanai

When it comes to Japanese retail billionaires, the first name that springs to mind might be Tadashi Yanai, the entrepreneur behind the Uniqlo brand and the nation's richest man.

But there's another founder who's drawing attention as one of his biggest companies transforms in the country.

Yoshio Tsuchiya's Workman Co. has expanded beyond its roots as a maker of drab uniforms for laborers into low-cost, functional sportswear and outdoor gear. The evolution has won praise from investors, analysts and even Fast Retailing Co.'s Yanai, who says the company has created a "new market." Other observers question whether the positive momentum has reached its limit.

Workman's shares have more than quadrupled since the start of 2018, despite paring some of their gains recently. That boosted Tsuchiya and his family's stake in the company alone to about $4.5 billion, according to the Bloomberg Billionaires Index. For one analyst, the retailer has the potential to really take off when the country gets clear of the covid-19 pandemic.

"It's one of the more exciting stories in Japanese retail" once things get back to normal, said Ruhell Amin, global head of retail equity research at William O'Neil & Co. in London.

Tsuchiya opened Workman's first store in 1979 when he was in his late 40s. The company specialized in work clothing for construction laborers, a booming business in the country's bubble economy of the 1980s.

In 2016, Workman moved into low-cost outdoor gear before opening its first WORKMAN Plus store two years later to focus on sports and outdoor clothing. The company had 632 regular stores and 269 WORKMAN Plus shops across Japan as of March 10, often in areas where blue-collar workers live.

One popular product is a waterproof jacket that costs $36 (3,900 yen), much lower than comparable offerings by other companies. A "climb light jacket" from The North Face, for example, retails for about $300 (33,000 yen).

"Because our clothes were originally designed to suit workers, they weren't inferior to sportswear in functionality, and most importantly, they could be made at cheap prices," Tetsuo Tsuchiya, a family member and senior managing director at Workman, said in an interview with ITmedia Business Online in January. "We realized that was Workman's strength."

Richard Kaye, a portfolio manager at Comgest Asset Management Japan Ltd., which owns Workman shares, said the quality of the company's products can be better than more expensive brands because of its established supply chain.

The apparel maker boasts "high performance at one-half to one-third the cost of famous brands," Ryozo Minagawa, a senior analyst at SMBC Nikko Securities Inc. in Tokyo, wrote in a November note. It has "no competition" in the cheap sportswear segment, he wrote.

"I want them to keep it up -- competition is a source of development," Fast Retailing's Yanai told reporters following an earnings release in October when asked about the threat of Workman. "We created a new market and so has Workman," he said. "The clothes have functionality and I think they're very good."

But others, such as Citigroup Inc., say that while Workman has performed strongly in casual wear, growth in the category may be hitting a wall.

"It seems that the boost generated by the expansion of the existing format to include casual wear is reaching its limit," Citigroup analyst Yingqiu Zhang wrote in a note this month after the company's same-store sales for February fell 3.7% year on year, the first such decline since September 2017. 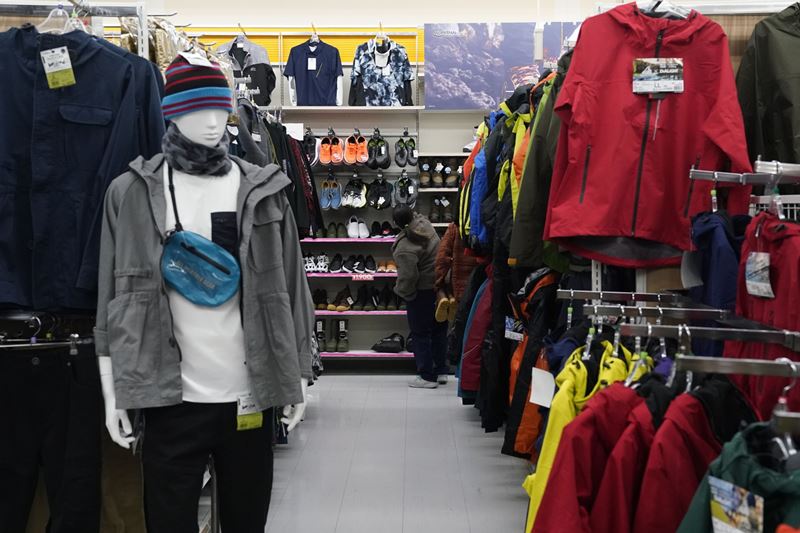 Workman declined to make any of the company's executives available for an interview. Beisia Group, which is behind the family's various businesses, declined to make Yoshio Tsuchiya available for an interview. The 88-year-old entrepreneur, who rarely speaks to media, established a supermarket operator in the late 1950s and built it into a retail empire with Workman as the flagship listed entity.

The conglomerate counts home-center chain Cainz Co., shopping-center operator Beisia Co. and Workman as the largest of its 28 companies, according to a Toyo Keizai report in December. They're followed by convenience-store operator Save On Corp., consumer-electronics retailer Beisia Denki Co. and car-goods shop Auto R's Co.

Those six chains account for 90% of the group's revenue, according to the Toyo Keizai report. In an interview for the article, Tsuchiya said the group's sales topped 1 trillion yen for the first time in the 12 months ended October.

Tsuchiya and his family may be worth more than $8 billion when its holdings in the other group companies, which are privately held, are also included. That makes them among the richest people in Japan, according to the Bloomberg Billionaires Index. But the family's gains have grown harder to come by in recent months, with Workman shares losing more than a fifth of their value from a recent high in July.

William O'Neil has removed Workman's stock from its firm's "focus" basket in the recent sell-off, but Amin says that's just because it's going through a "technical breakdown."

The company, meanwhile, is set for a new challenge. It plans to open a new category of stores called WORKMAN Girl, which offer casual and outdoor gear for women. It has only one such store and aims to launch 399 more in 10 years.

Over the longer term, Workman's prospects remain good, according to Amin.

"It's a great company, well-managed with a clear, unique focus," he said. "Sales growth has been phenomenal on a month-on-month basis over the past three to four years," he said. "Clearly they've been doing something well."