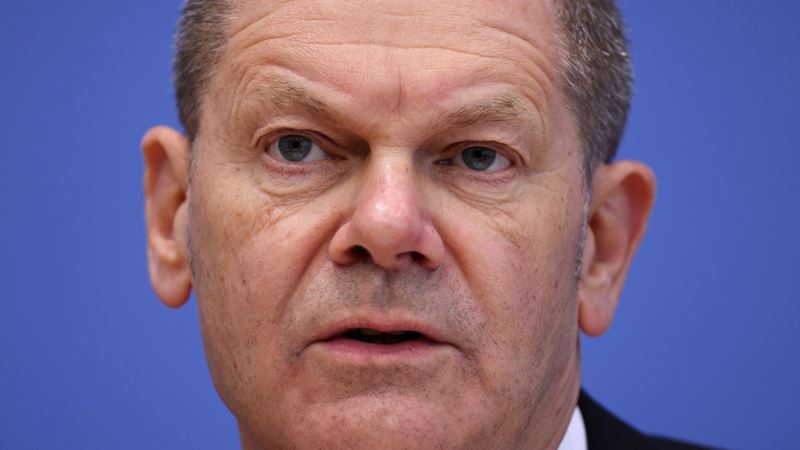 A global agreement that could reshape the tax landscape for the biggest corporations is approaching a crucial first stage as the Group of Seven nations hone in on an accord that might feature both a minimum rate and encompass digital giants.

If finance ministers due to meet virtually on Friday and in person next week can find enough common ground, that could pave the way for a wider consensus to form within the Group of 20, building a foundation for the worldwide deal that is in negotiators' sights.

"We are in the final phase of getting an agreement," German Finance Minister Olaf Scholz said on Wednesday in a virtual press conference with his French counterpart Bruno Le Maire. "It's not done yet but looks like we will be there very soon."

European governments are increasingly confident of an initial accord within the G-7, according to people familiar with the matter, while Japan is also anticipating progress, a finance ministry official said.

The insistence by countries including France on the need for an arrangement that can capture tax from digital businesses such as Amazon.com is perhaps the most controversial issue in the talks.

Convincing low-tax jurisdictions such as Ireland to agree on a minimum rate will also be a challenge to a final deal being pursued in talks between 139 nations at the Organization for Economic Cooperation and Development.

That is the area where ground has shifted the most in recent days, after the Biden administration last week floated a global tax floor of at least 15%, less than the 21% rate it has proposed for the overseas earnings of U.S. businesses -- a level that countries including the U.K. regarded as too high.

While European nations warmly received that offer, they've been holding out for the U.S. to focus on measures to ensure big technology firms pay more of their tax in the countries where they operate. U.S. officials have opposed efforts to target specific industries for taxation.

European governments see a deal nearing as there is progress in talks toward meeting their demand of ensuring that all digital firms be covered by new rules, according to the people, who spoke on condition of anonymity because the talks are ongoing.

Asked on Wednesday about that specific case of Amazon, Le Maire said resolving the issue is one of three conditions set by France, along with ensuring the overall package is coupled with a deal on minimum tax and the rate for the levy is credible.

An accord within that group would signal support building toward a broader deal at the July meeting of the G-20, which has been managing talks on international taxation. The plans will still need to find agreement within the OECD framework.

"There is the working situation we have in the inclusive framework around the OECD, there will be a report to the G-20 and we always discuss this question also at the G-7 level," Scholz said on Tuesday in a Bloomberg webinar. "If I see it right, it looks like now we are going to the end of this game and we will get a solution."

Australian Treasurer Josh Frydenberg, in an email, said his country "welcomes the United States' commitment to continue to engage in the OECD-led discussions seeking to agree a globally consistent approach to the tax challenges posed by the digitalization of the economy."

Australia, though not a G-7 member, is one of the vice chairs of the OECD's Steering Group of the Inclusive Framework for Base Erosion and Profit Shifting.

The OECD effort seeks to replace the digital services taxes a growing number of countries are enacting. Countries have been vexed in particular with how to ensure they get a share of taxes on Amazon, which has unusual status as a low-margin tech giant.

A U.S. Treasury Department proposal, which was distributed to other governments in April and has been seen by Bloomberg, would subject about 100 of the "largest and most profitable" companies to greater taxation in countries where the firms' users and consumers are located, as opposed to the countries where they're headquartered.

It didn't call for specific numbers, but both revenue and profitability thresholds would have to be set high to capture just 100 companies.

Japan supports that U.S. initiative, and sees the proposed 15% minimum rate as pushing talks forward, according to a finance ministry official. The person, who declined to be named because of ministry policy, expects progress at next week's G-7 meeting to contribute to a broader G-20 agreement.