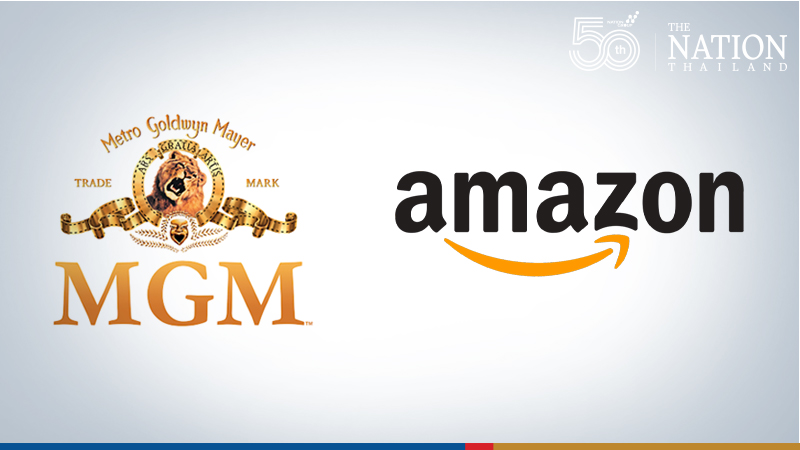 With its purchase of MGM, Amazon supersizes its Hollywood ambitions

Across several decades of Hollywood filmgoing, "RoboCop," James Bond and "Legally Blonde" have become some of the most beloved titles on the big screen. Could they also be the centerpiece of a new empire?

On Wednesday, the wealthy tech giant Amazon announced it will buy the owner of those properties, the embattled studio MGM, for $8.45 billion. It is a move that aims to create a new power player in Hollywood with a raft of big-budget entertainment built around existing fan favorites, marketed to a large customer base and bankrolled by one of the world's richest companies.

"MGM has a vast, deep catalogue of much beloved intellectual property," Amazon chief executive Jeff Bezos told shareholders at the company's annual meeting. "We can reimagine and develop that IP for the 21st century."

But such an expansion will be neither easy to pull off nor without consequence across the worlds of film and television, as unwinding existing deals is legally and logistically thorny, and building new franchises out of whole cloth traditionally a matter of experience and luck more than desire or money.

And with a primary way of reaching consumers via small screens instead of the more big-budget - and big-profit - venue of movie theaters, it remains unclear how Amazon will retail its new offerings to an inundated consumer audience. (Bezos owns The Washington Post.)

With its signature roaring lion, MGM is the 97-year-old studio behind "Gone With the Wind," "Gaslight" and "The Wizard of Oz." But it fell on financial hard times in the 1970s and has seen a series of comebacks and setbacks in the nearly half-century since.

The Amazon deal ends a dozen years of ownership uncertainty for the studio, whose owners are a handful of hedge funds and investment groups, notably the New York-based Anchorage Capital. As far back as 2009 it has been eyed for acquisition by a number of Hollywood players, including Warner Bros. and Rupert Murdoch's Twentieth Century Fox, before entering into and emerging from bankruptcy - then becoming the frequent subject of acquisition rumors again.

Despite owning high-end properties, MGM has mostly been forced to sit out Hollywood's golden age of franchising. While other companies have created a galaxy of new TV shows and movies around age-old entertainment, MGM has had to sell off rights to other studios or simply let them sit unused.

Amazon's purchase seeks to change that.

"Ever since Kirk Kerkorian made MGM his personal piggy bank, the studio has been an underfunded also-ran in the studio business, passed around like yesterday's spoiled fish from one financial buyer to another," said Lloyd Greif, a Los Angeles based investment banker at Greif & Co, referring to the late deal kingpin who bought and sold MGM three times. "Imagine what you could do with the lion's film and TV rights if you actually had a deep pocket to bankroll it - and you'd be hard-pressed to find a deeper deep pocket than Amazon."

With more than 200 million members of its Prime service to target on a streaming platform and plenty of resources to hire talent, Amazon already has several key elements to succeed in a new Hollywood. Now it has a crucial next ingredient: brand names.

Mike Hopkins, Amazon's senior vice president of Prime Video and Amazon Studios, noted a "plan to reimagine and develop" many of its held properties. "It's very exciting and provides so many opportunities for high-quality storytelling."

The deal offers shades of Disney's acquisition of Marvel in 2009 for $4 billion - another purchase of a beloved but underutilized collection of properties by a deep-pocketed owner with big ambitions. In that case, the gamble paid off: Under Disney, Marvel has had three of the eight top-grossing films worldwide of all time.

The results of the Amazon-MGM combination could follow along the lines of what other Hollywood companies that already own brand-name properties, such as Paramount and Warner Bros., are currently doing, which is mining their catalogues for new shows on streaming and movie reboots.

Across Hollywood on Wednesday, many agents and managers were volleying ideas, from a "Blofeld" film or show that would do for the Bond villain what Warner Bros. did with "The Joker," to a remake of "Legally Blonde" with a more diverse cast.

But figuring out which of those properties to tap, how to tap them and maybe most important who will do the tapping will be key questions. Experts note that simply owning the properties is very different from turning them into billion-dollar waterfalls.

"If he [Bezos] hires the equivalent of Kevin Feige or Kathleen Kennedy, he might have success," said Michael Pachter, managing director of equity research for the analysis firm Wedbush Securities, referring to the creative heads of Marvel and Lucasfilm at Disney.

"The fact that I can name those people tells you how hard it is to manage IP like that," he said.

The combined company has at once a logjam and a vacuum among its executive ranks.

Under Hopkins is Jennifer Salke, an NBC veteran who currently runs Amazon Studios. The film side of MGM is run by Michael De Luca, a veteran producer and veteran of the studio New Line. It is unlikely both will stay. But many Hollywood veterans say a new, splashy hire could be made alongside or above whoever remains to manage the big properties.

Rights remain another obstacle. Because MGM has spent years more as a licensor and partner than a top producer and distributor, it means it could be tricky to reclaim the big brand names, either with payouts or simply by waiting.

Its "Rocky" franchise, for instance, was extended with several "Creed" films at Warner Bros., while Tim Burton is currently working on an "Addams Family" show at Netflix. Analysts say Amazon won't be able to reap the benefits from some of the MGM properties for years, if at all.

The biggest of these is James Bond, which MGM is most associated with but does not easily control.

While Amazon will acquire the rights to distribute and finance future Bond titles, the franchise is owned and tightly overseen creatively by an outside company, Eon Productions, run by the Broccoli producing family. That makes any planned spinoffs subject to outside approval.

The $8.45 billion price for the new deal is several billion dollars higher than many analysts thought MGM was worth. It will only be the beginning of the expenditures. Most action-adventure movies cost $200 million to produce, while one season of comparable TV show can climb as high as $100 million, as it did for "The Mandalorian," Disney's successful extension of the Star Wars universe into a TV series on its Disney Plus platform.

Amazon has for the past several years been aggressive on the television side, spending notably to create its own content. But it has sometimes struggled to find its place in the television firmament, with scattered hits such as "Transparent" and "Fleabag," but not a consistent roster of successes. One of the company's better-known properties became famous for reasons other than creative results - a "Lord of the Rings" TV series that has made headlines for costing a reported $465 million for one season.

Amazon's film business has for the most part been small- or medium-budget productions and a number of festival acquisitions; the latter has had the occasional hit, such as "Manchester by the Sea," offset by a number of pricey flops.

Without a large standing studio machine, the company has recently gone on a spending spree to buy one-off titles from other studios that might help the effort - paying $125 million for "Coming 2 America" from Paramount, for instance, a film which relied heavily on popular IP from decades ago.

That film performed extremely well on Amazon Prime this spring, said a person with knowledge of the unreleased numbers who spoke on the condition of anonymity because they were not authorized to talk about them publicly, and may have even further justified Amazon's interest in beefing up classic IP.

Amazon's MGM purchase will make such future buys from other studios unnecessary, depriving traditional companies of a kind of streaming bailout Amazon and Netflix have sometimes provided.

The acquisition's consequences will reverberate through in the industry in other ways: by shutting off a pipeline not just of dollars but of content.

MGM has been a major supplier of unscripted TV shows ranging from "Survivor" to "Shark Tank" to "The Voice." (Reality super-producer Mark Burnett is an executive at MGM after selling the majority of his company to the studio in 2014.)

"This is going to create existential challenges for all the companies that relied on Burnett because a lot of these shows will go internal," said Rich Greenfield, a media and tech analyst at research firm LightShed Partners. Other shows, such as "The Handmaid's Tale" and "Fargo," both in the Disney corporate universe, will also be off the table.

As a result of these implications, the deal will also have to survive regulatory scrutiny and pushback from consumer groups, who will object to the scale of the new effort.

Maybe most important, however, is whether the new combined company can find a way to attract and placate talent.

Many firms with roots in other worlds have failed in Hollywood, as the incoming firm lacks the finesse to manage the delicate relationships in the business. It was a phenomenon on display last week as AT&T, which arrived in Hollywood with grand ambitions when it purchased many Warner Bros. assets in 2018, meekly exited.

"Entertainment companies are based on the care and nurturing of creative talent," said a person who represents some of the biggest names in Hollywood, asking for anonymity so as not to jeopardize business relationships. "Buying an entertainment company is like buying a panda. You take them home and wonder why they aren't mating."