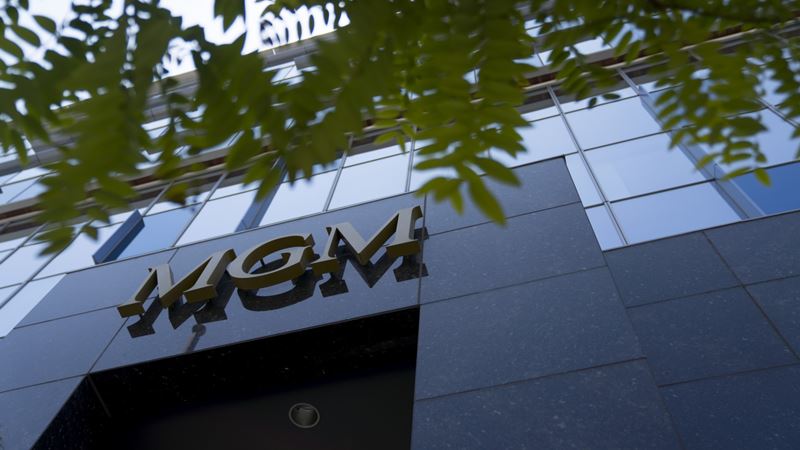 Amazon.coms takeover of Metro-Goldwyn-Mayer is sparking fresh criticism about the spreading tentacles of Americas technology giants, but the deal underscores how competition watchdogs have their hands tied when it comes to curbing the companies growth.

Critics of tech firms in Washington on Wednesday slammed the MGM deal as the latest example of how the industry's biggest players snap up companies to expand their reach, even as they face a flurry of antitrust lawsuits and moves by lawmakers to rein them in.

"Another day. Another mega merger," tweeted Rep. David Cicilline, the Rhode Island Democrat who led a sweeping investigation of Amazon, Facebook, Alphabet and Apple. "Amazon's proposed purchase of MGM reinforces what we already know -- they are laser-focused on expanding and entrenching their monopoly power."

Amazon announced the MGM deal a day after being sued by the attorney general of Washington, D.C., who said the online retailer is engaging in anticompetitive conduct that's leading to higher prices for consumers. The case, the first government antitrust lawsuit against Amazon in the U.S., opened a new front in the regulatory assault on the tech industry.

The deal presents an early test for the Biden administration's antitrust agenda. The president has yet to nominate an assistant attorney general to run the Justice Department's antitrust division, which would probably review the MGM deal.

For those troubled about the relentless growth of the biggest tech companies, the MGM acquisition could highlight how antitrust law falls short, said Sam Weinstein, who teaches antitrust at Cardozo School of Law in New York. Under traditional antitrust analysis, which would look at whether Amazon will gain outsized market power in film and TV content, the MGM deal is very likely to be cleared by regulators, he said.

"If you're really concerned about how big a company is -- just how big it is, not that it's creating a monopoly in a particular market -- this acquisition will bother you, and the antitrust laws as currently constituted aren't designed to deal with something like this," Weinstein said.

Amazon is the second-largest paid streaming service in the world behind Netflix, and the MGM acquisition will give it more than 4,000 movies and 17,000 TV shows, including "Rocky," "RoboCop" and "The Handmaid's Tale."

But the combination still leaves many studios competing to produce content. MGM doesn't even rank among the top five Hollywood studios by box office share: Walt Disney, Warner Bros., Universal Pictures, Sony Group and Lions Gate Entertainment. Then there's Netflix, which produces its own content for its streaming service, including hits like "Bridgerton," "Stranger Things" and "The Queen's Gambit."

That's not stopping criticism of the takeover.

"In acquiring MGM Studios, Amazon is brazenly trying to take over another sector of the economy," said Sarah Miller, the executive director of the American Economic Liberties Project, an anti-monopoly organization in Washington. "Congress should respond quickly by passing bipartisan legislation to ban mergers by large tech firms."

On Capitol Hill, Republican Sen. Josh Hawley of Missouri, a fierce critic of tech platforms, said on Twitter that Amazon is a monopoly that "shouldn't be able to buy anything else. Period."

"This is a major acquisition that has the potential to impact millions of consumers," said Sen. Amy Klobuchar of Minnesota, who chairs the Senate's antitrust panel. "The Department of Justice must conduct a thorough investigation to ensure that this deal won't risk harming competition."

Amazon and its tech peers have bought hundreds of companies in the last decade, none of which has been stopped by antitrust enforcers. Their buying spree has triggered criticism that antitrust cops aren't being aggressive enough to challenge the companies. It's also fueling calls for new legislation that would revise antitrust laws.

The $8.45 billion MGM deal is Amazon's second-largest acquisition after Whole Foods Market, the grocery chain Amazon bought for about $13.7 billion in 2017. That deal was cleared by antitrust officials at the Federal Trade Commission without an in-depth investigation.

With the Whole Foods deal, Amazon was making a major acquisition in a market where it wasn't a big player, so it didn't raise competition concerns. The MGM acquisition fits the same pattern, said Jennifer Rie, an analyst at Bloomberg Intelligence, who expects the deal will clear the antitrust review. That will probably help build support for antitrust legislation that will give enforcers new tools to stop deals, she said.

The biggest critics of the tech companies "simply don't think these companies should be able to get any bigger," Rie said. "That's not where the law stands now."