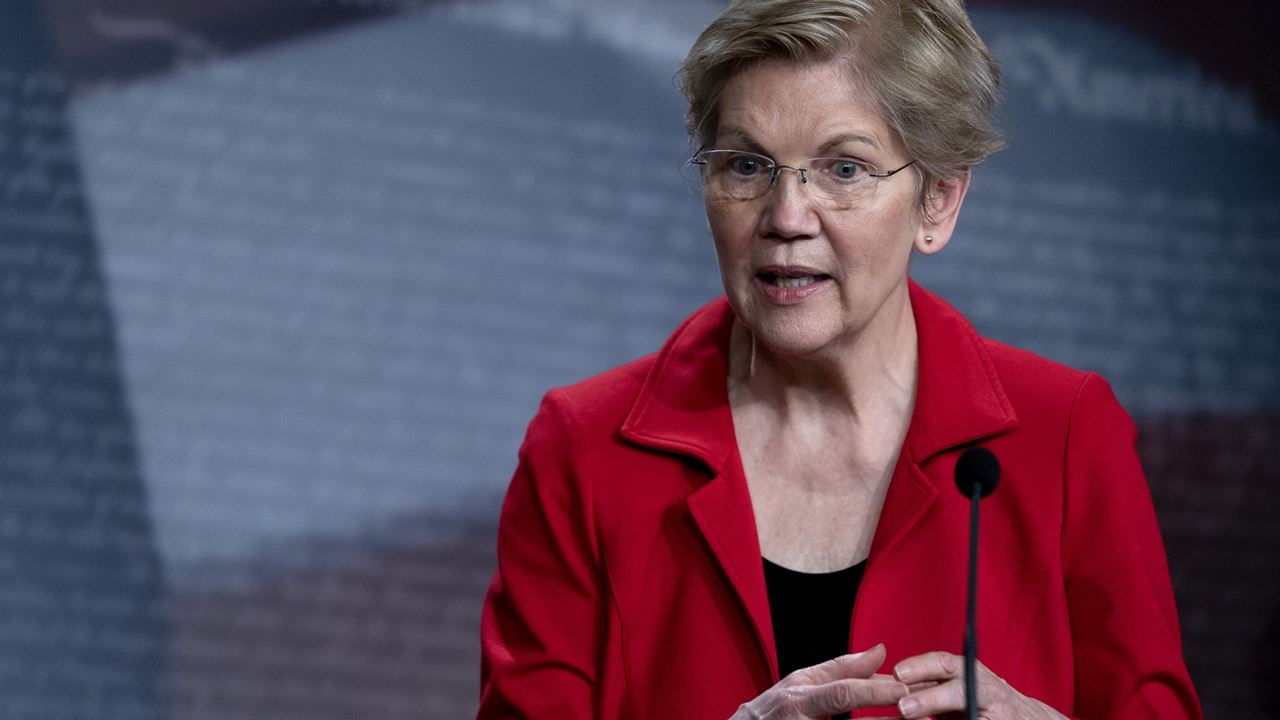 Cryptos outlook in Washington is darkened by ransomware attacks

Just a few months ago, crypto enthusiasts were hopeful that Washington was warming to digital assets. But cyberattacks demanding bitcoin ransoms, wild trading and rebukes from regulators have eroded their optimism.

The timing couldn't be worse. Policymakers are poised to make a number of critical rulings on virtual tokens in the coming months -- decisions that may reveal how deep of a hole the industry has to climb out of. Potentially under consideration are whether to approve a Bitcoin exchange-traded fund, allow crypto mutual funds and grant banking licenses to financial firms.

For advocates, the setbacks are fueling anxiety that some of their top priorities will be blocked by federal agencies, and that lawmakers will take take a tougher tack on oversight. Evidence is growing that Capitol Hill is moving in that direction. Sen. Mark Warner, a Virginia Democrat, said last month that cryptocurrencies are "crying out for some level of regulation." Sen. Elizabeth Warren reiterated that view Wednesday.

"Our regulators, and frankly our Congress, are an hour late and a dollar short," the Massachusetts Democrat said in a Bloomberg TV interview. "We need to catch up with where these cryptocurrencies are going."

The rough patch started in May when Securities and Exchange Commission Chairman Gary Gensler urged lawmakers to pass a law regulating crypto exchanges, arguing that the lack of oversight posed a serious threat to U.S. investors. The comments shocked Bitcoin proponents who predicted Gensler would be an ally because, unlike most government officials, he's well versed in virtual coins.

Then came the Colonial Pipeline Co. hack, which triggered fuel shortages across the Eastern U.S. As in previous breaches, the culprits demanded ransom payments in bitcoin -- shining a spotlight on cryptocurrencies' national security implications. Long gas lines predictably attracted the attention of lawmakers and the scrutiny could make some on Wall Street nervous about further embracing assets that are routinely linked to illicit transactions.

The Justice Department recovered most of the tokens that Colonial paid out by tracking transactions on the public ledger for Bitcoin, showing how the technology can aid law enforcement agencies. Still, Warren said a key feature of cryptocurrencies is that they allow people to secretly move money, making the coins a "haven for criminals." A reminder of her point came Wednesday when JBS disclosed that it had paid $11 million to hackers who forced the world's largest meat producer to shut down all its U.S. beef plants.

Another issue: Bitcoin has lost more than a third of its value since early May. A series of negative tweets from Elon Musk has contributed to the plunge, underscoring to crypto critics that token prices are too volatile and easily influenced by social media to be safe for unsophisticated investors. The frenzy tied to nonfungible tokens and dogecoin -- a cryptocurrency created as a joke -- has amplified those concerns.

"We can't deny the potential impact that a negative media narrative might have on the regulatory and legislative conversations in D.C. in the short term," said Kristin Smith, executive director of the Blockchain Association trade group.

Much of high finance's focus is on Gensler, who previously taught courses on digital currencies at the Massachusetts Institute of Technology, because the SEC will determine whether a Bitcoin ETF can trade on U.S. exchanges.

The product is seen as a game-changer because it would let investors trade in-and-out of the world's most popular cryptocurrency throughout the day without exposing them to the risks of having to store their tokens. Adding another layer of safety, consumers could buy ETFs from tightly policed brokers instead of purchasing Bitcoin from unregulated exchanges. And mutual funds and other institutional investors could pump a lot more money into crypto-related assets through ETFs.

Under Gensler's predecessor Jay Clayton, the SEC blocked multiple ETF applications, arguing that Bitcoin is too volatile and susceptible to manipulation. Gensler's comments that crypto exchanges lack investor protections signals he may share some of those concerns, said Stephen Myrow, a former Treasury Department official during George W. Bush's administration.

"It's a big shift from four months ago when everyone said, 'Gensler taught a crypto class at MIT so we're going to get all our applications approved,"' said Myrow, managing partner of Beacon Policy Advisors, a Washington-based firm that tracks regulatory and legislative proposals.

The SEC faces a June 17 deadline on one proposal to list an ETF from VanEck Associates Corp., one of several applications it's considering. The agency has previously delayed making a decision on VanEck's plan, and amid Washington's heightened attention on crypto, it may choose to kick the can down the road again. The regulator may also put off decisions on the five other applications, but the agency needs to respond to each of them by July 16.

The SEC has also expressed worries about mutual funds investing in Bitcoin futures, something that is allowed under existing rules. The agency warned in a May 11 statement that it would be scrutinizing funds' crypto holdings.

In the next few months, the SEC will consider proposals for four mutual funds that would invest heavily in CME Group Inc.'s bitcoin futures contracts, according to documents filed with the regulator. One instrument, the Stone Ridge Trust NYDIG Bitcoin Strategy Fund II, would use the derivatives to seek an exposure to the cryptocurrency that's worth as much as 125% of the fund's net assets, according to its registration statement. The firm wants to start offering the product to investors in July but it could be delayed amid the SEC's review process.

One impact of the government's stepped-up focus on cryptocurrencies -- largely spurred by the Colonial hack -- is that it could prompt lawmakers to overcome gridlock that has thus far stymied legislation, said Patrick McCarty, a former general counsel at the Commodity Futures Trading Commission who now teaches a class on virtual coins at Georgetown University's law school.

Whatever actions the government might take, the Blockchain Association's Smith said she hopes regulators and Congress take into account the benefits of cryptocurrencies.

"Serious policy makers generally look to the underlying fundamentals of an industry when reviewing statutes, brainstorming new legislation or drafting new regulations," she said. "It should be the same with the crypto industry, notwithstanding a recent perfect storm of negative headlines."