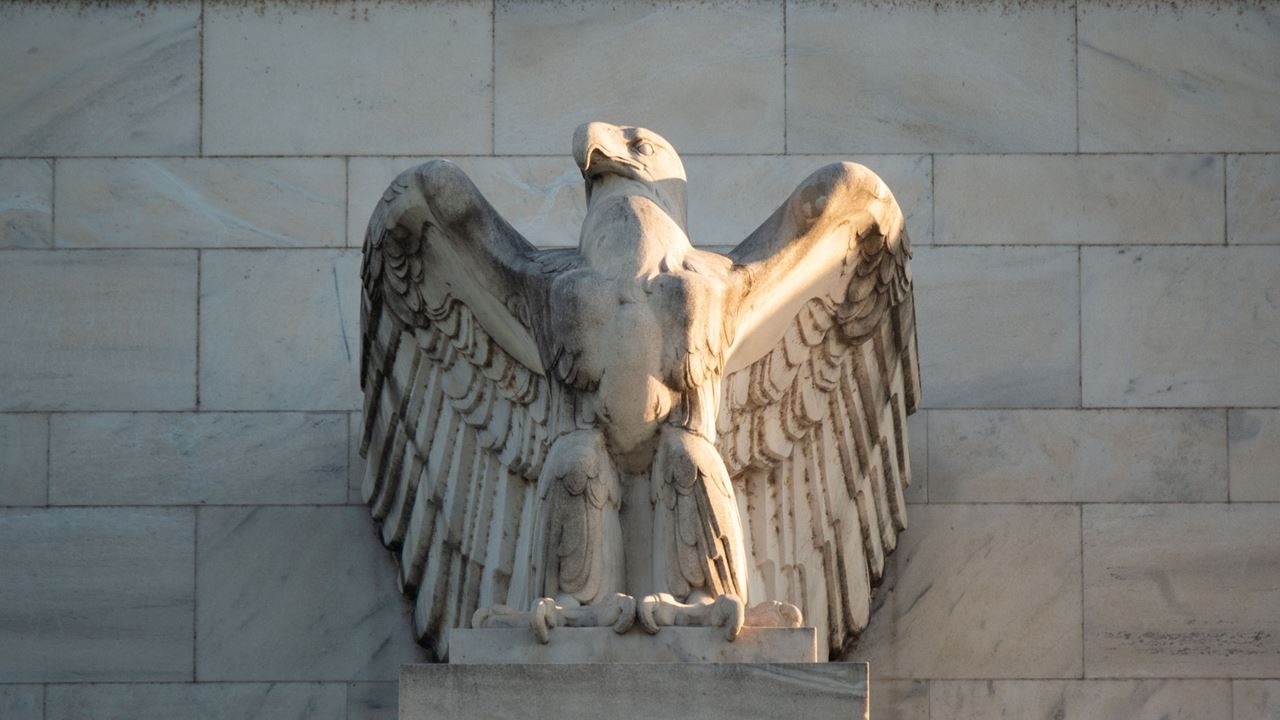 The Federal Reserve is inching toward the start of a long road to normalizing its relationship with the rest of Washington and Wall Street.

After spending the past 15 months providing unprecedented help to the federal government and investors via trillions of dollars of bond purchases, it could start preliminary discussions about scaling back that support at a pivotal two-day policy meeting that kicks off on Tuesday.

Even so, actual steps in that direction by Chair Jerome Powell and his colleagues are likely still months off.

Weaning Wall Street and Washington off the Fed's extraordinary largesse won't be easy. Since Covid-19 struck the U.S. in March 2020, the central bank has brought more than $2.5 trillion of U.S. Treasury debt, effectively covering more than half of the federal government's red ink over that time.

That buying -- together with about $870 billion in purchases of mortgage-backed securities -- has flooded the financial markets with liquidity, contributing to a doubling of the stock market from its pandemic low.

"It will be like crawling along a knife-edge ridge," former Bank of England policy maker Charles Goodhart said of the task facing the Fed. "If you do too little you'll find inflation will just go on accelerating. If you do too much you get into a financial crisis and a recession."

Fed officials have said they want to see "substantial further progress" toward their goals of maximum employment and average 2% inflation before reducing current asset purchases of $120 billion per month. None are suggesting that they're close to achieving that, though some have pressed for discussions to begin on a plan for tapering that buying.

As Powell has pointed out more than once, payrolls are still substantially below where they were pre-pandemic -- some 7.6 million jobs short, according to the May employment report. And while inflation recently has proven surprisingly rapid -- consumer prices climbed 5% in May from a year earlier -- Powell and other Fed officials have argued that the rise is mostly transitory, the result of temporary bottlenecks as the economy reopens and low readings a year ago when it shut down.

"Why would the Fed try to fix bottleneck-driven inflation by signaling earlier rate hikes and hitting demand?" Julia Coronado, president of MacroPolicy Perspectives, asked in a June 14 tweet.

Instead, after years of falling short of their inflation goal, policymakers will "err on the side of patience" in scaling back stimulus, said former Fed official David Wilcox, who is now at the Peterson Institute for International Economics.

Powell's past and potential future also argue for patience. As a Fed governor in 2013, he was among those pushing then-Chairman Ben Bernanke to roll back quantitative easing, only to see the financial markets throw a "taper tantrum" at the mere suggestion such a policy shift was coming.

With his own term as Fed chair up next February, Powell has an extra incentive to avoid a repeat of such turbulence.

"While the Fed is an independent institution, its leadership, up for reappointment next year, could not totally ignore the dim view the administration and Democratic Congress would take toward a shift to a more pre-emptive policy stance," Deutsche Bank chief economist David Folkerts-Landau and colleagues wrote in a June 7 report.

Some three-quarters of economists surveyed by Bloomberg last week said they expect the Fed to announce between August and year-end that it will begin paring its purchases, with one-third forecasting it won't fire the starting gun until December.

It's not just the timing of the taper that's up for discussion. So too are its composition and pace.

The Fed has faced criticism from within and outside the organization for continuing to buy $40 billion of mortgage-backed securities per month while house prices are surging. Vice Chair Randal Quarles said last month that the Fed would "certainly" look at that issue in the context of its taper discussions.

The last time the Fed wound up a quantitative easing program, in 2014, it shrank its asset purchases at a steady pace.

"Investors may be lulled into a false sense of security by that experience," former Fed official William English told a June 8 Deutsche Bank webinar. Given all the uncertainty surrounding the post pandemic economy, "it's not necessarily going to be the case that the Fed is going to taper in steady steps."

Much may depend on the financial markets. American Enterprise Institute resident fellow Desmond Lachman said the ultra-easy monetary policy being pursued by the Fed and other major central banks has led to an "everything asset price bubble," with stock, credit and housing markets all frothy.

"The chance of the bubble bursting is all the greater if the Fed is behind the curve," he said.

English, who is now at the Yale School of Management, said it's going to be politically hard for the Fed to wind up its asset purchases and increase interest rates because that will boost the government's borrowing costs.

"The Fed is going to come under a lot of criticism for raising rates and making budget choices for the Congress considerably tougher," he said, adding, "At some level, the Fed needs to both normalize policy but also normalize its relationship with the government."