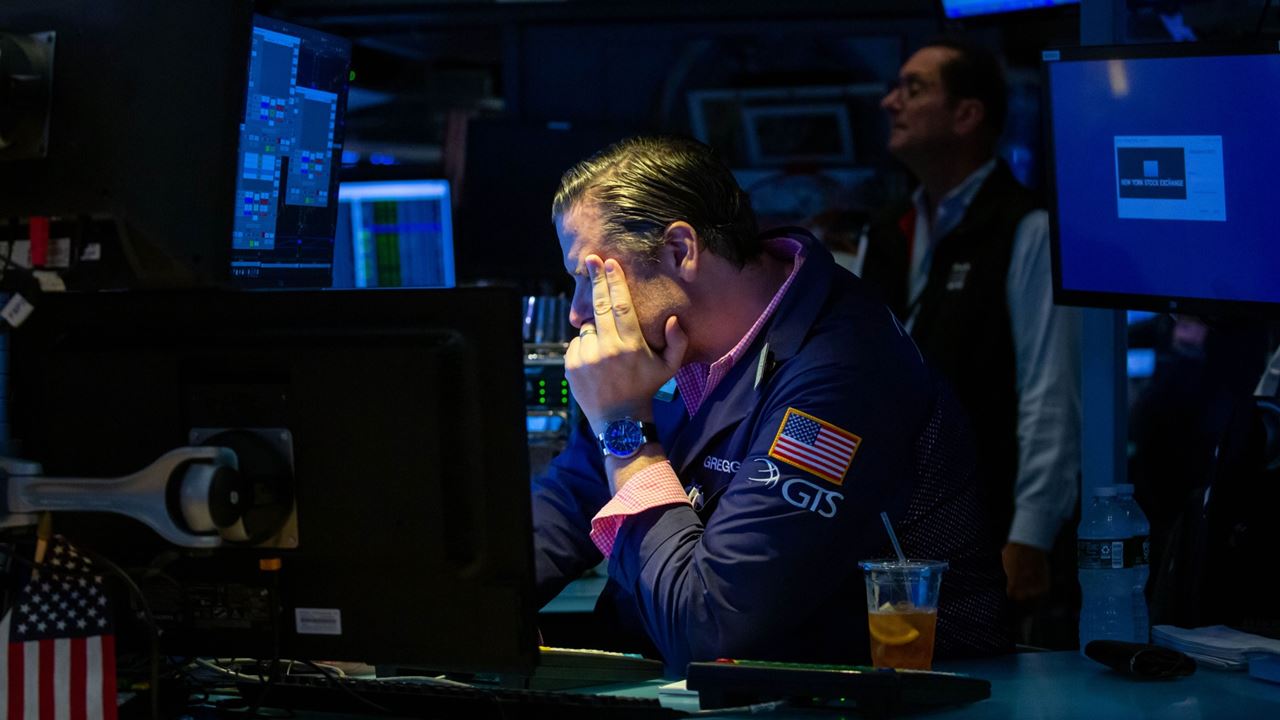 U.S. equities advanced and Treasury yields fell after the Federal Reserve held interest rates near zero and Chairman Jerome Powell said that despite the economys progress he was still "a ways away" from raising them.

The Nasdaq 100 and S&P 500 advanced following the announcement, with Alphabet Inc. giving the biggest boost to both indexes after it reported sales that beat estimates. The Dow Jones industrial average fell, with a drop in McDonald's Corp. weighing heavily after its earnings release. Ten-year Treasury yields fell 1 basis point to 1.23% after climbing to as high of 1.27%.

While strong earnings have been bolstering confidence in the corporate recovery, investors have remained nervous about the threat to global growth from the covid-19 delta variant and the potential for tighter monetary policy. The Fed, in its statement released after a two-day policy meeting on Wednesday, kept the benchmark policy rate near zero and repeated language that inflation had run persistently below its long-run 2% goal.

"While the economy appears to be inching closer, the Fed has not yet seen sufficiently outsized data to warrant a meaningful policy change," said Greg Bassuk, chief executive officer at AXS Investments LLC. "As a result, we expect the markets to remain volatile in the near-term, driven largely by this season's remaining corporate earnings announcements, key upcoming economic data reports and the pace of progress in curtailing the global pandemic."

News that a bipartisan Senate group had agreed on a broad infrastructure deal for spending on projects like roads and bridges lifted stocks like Caterpillar Inc. and Vulcan Materials Co., which rose as much as 4%, the most since May.

Large-cap China stocks listed in the U.S. rebounded after Chinese state media attempted to reassure investors about the market's stability. In Asia, the Hang Seng Index reversed losses after coming close to entering a bear market. China's securities regulator held a video conference with executives of major investment banks on Wednesday in an attempt to ease market fears.

A five-day rally that pushed major U.S. equity indexes to all-time highs paused on Tuesday as Alphabet, Apple Inc. and Microsoft Corp. prepared to release their earnings. While Alphabet gave the biggest lift to the tech-heavy Nasdaq 100 on Wednesday, Apple weighed it down the most after the iPhone maker warned that its sales growth could be slowing. Microsoft was fluctuating between gains and losses after its report. Meanwhile, Facebook Inc. closed at a record high before its postmarket earnings release.

"This is the time, as we get past the pandemic, get past all of the fiscal and monetary support, that really you need to know which companies that you're investing in," Seema Shah, chief strategist at Principal Global Investors, said on Bloomberg TV. "Do they have very strong balance sheets? Do they have a strong customer base? And I think what we're seeing with the big tech, they're proving again this week is that's exactly what they have."

Earnings also drove moves in other major U.S. stocks. Boeing Co. climbed after its posting its first profit since 2019. Starbucks Corp. dropped on slowing China growth. Advanced Micro Devices Inc. climbed to an all-time high after the chipmaker raised its outlook for full-year revenue growth. McDonald's fell for the first time in seven sessions on concern about its outlook for margins.

So far, almost 90% of the S&P 500 companies that have reported second-quarter results have exceeded analysts' earnings estimates, according to data compiled by Bloomberg.

Here are the main moves in the markets:

- The Japanese yen was little changed at 109.88 per dollar