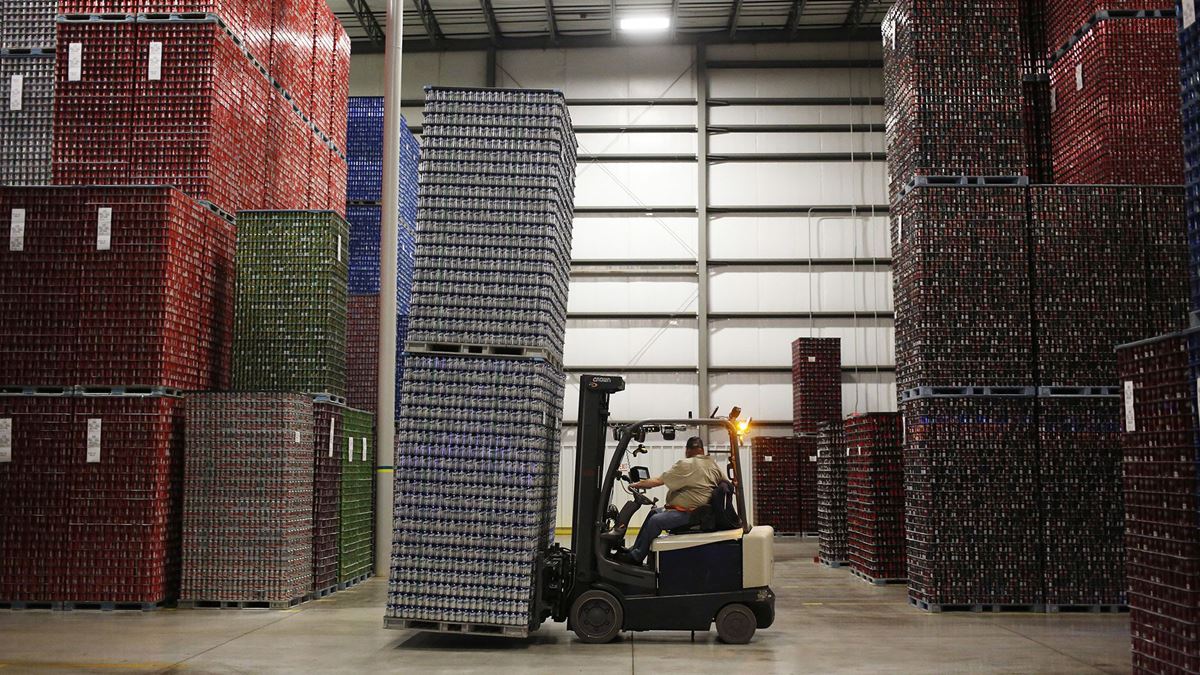 U.S. growth missed forecasts in the second quarter as the effects of supply-chain constraints reverberated through the economy and took the shine off one of the biggest gains in consumer spending in decades.

The report underscores the robust bounce back in household demand as well as the challenges companies are facing keeping pace with that demand. Firms' inability to keep merchandise stocked and bottlenecks in production have capped the speed at which the U.S. pandemic recovery can grow.

"The downside surprise in the GDP numbers is mostly in the inventory component," Ian Shepherdson, chief economist at Pantheon Macroeconomics, wrote in a note. "We are not disappointed by the headline GDP growth miss."

The median forecast in a Bloomberg survey of economists called for an 8.4% increase in GDP. Shepherdson said he expects a big rebound in inventories and is penciling in third-quarter growth of 8% or more.

The S&P 500 climbed after the report, the yield on the 10-year Treasury note rose and the dollar weakened on expectations that the figures will encourage the Federal Reserve to maintain its support for the economy.

Personal consumption exceeded forecasts as Americans had both the wherewithal and the opportunity to ramp up spending on services such as dining out. Vaccinations, government aid and a broader reopening of the economy helped drive an annualized 11.8% gain, the second-largest advance since 1952.

"The second-quarter GDP report is stronger than it looks, with measures excluding trade and inventory drag far outpacing the 6.5% headline gain," Bloomberg economists Andrew Husby, Eliza Winger and Niraj Shahwrote in a note. "More ambitious marks like pre-pandemic trend, or closing the gap to some estimates of potential, is in reach within a few quarters."

The report showed the U.S. economy has recouped its pandemic losses. The inflation-adjusted value of domestically produced goods and services climbed to an annualized $19.36 trillion, eclipsing its pre-pandemic peak.

Looking ahead, economic growth will be challenged by waning federal support, a rapidly spreading variant of Covid-19, and lingering supply and labor constraints. The report showed the saving rate dropped to 10.9% in the second quarter from 20.8%, indicating Americans are spending cash built up during the pandemic.

Unlike output, the jobs market is far from reaching its pre-pandemic strength. The Fed held interest rates near zero this week and maintained its pace of asset purchases.

"We're not there. And we see ourselves as having some ground to cover to get there," Fed Chair Jerome Powell said at a press conference Wednesday.

Supply shortages and logistics challenges are proving to be a lingering headwinds for companies including Apple Inc., Fastenal Co. and Whirlpool Corp., according to recent earnings calls.

Supply is well short of demand, allowing us to keep pricing strong, said Ford Motor Co. Chief Executive Officer James Farley on the company's earnings call Wednesday. "Given the strength of our product lineup and the demand we see, we expect to have a relatively strong pricing power for the new foreseeable future."

For the Biden administration, the supply-chain bottlenecks weighing on the figure may support calls for broader infrastructure investment.

The Commerce Department also released its annual update Thursday, which resulted in mostly minor changes in the pattern of growth and inflation over the last five years. Corporate profits were found to be stronger than originally reported in recent years.

- Excluding the trade and inventories components of GDP, final sales to private domestic purchasers, a gauge of underlying demand, rose at a 16.5% pace after a 16% gain in the first quarter.