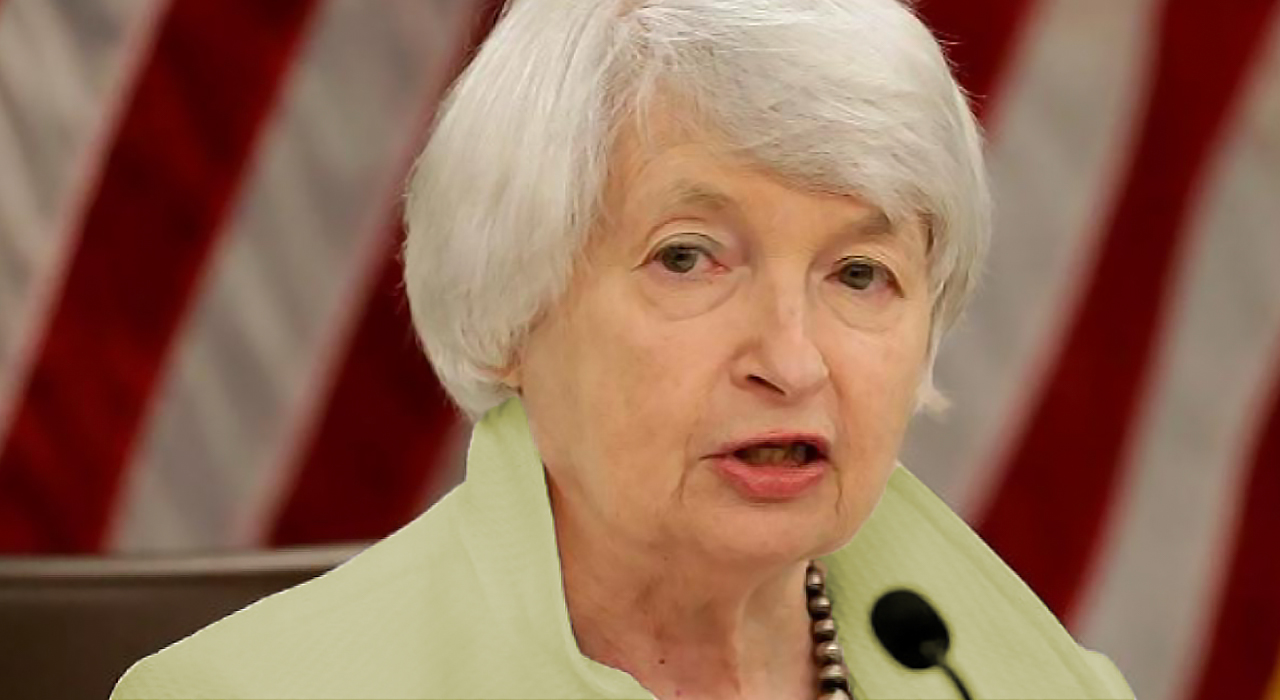 WASHINGTON - While President Joe Biden has called climate change a "code red" crisis, his treasury secretary is poised to resist calls to ask financial regulators to rein in lending to the nations worst greenhouse-gas emitters.

Treasury Secretary Janet Yellen is currently leading a review of what federal banking regulators should do to ensure the financial system is protected from climate-related risks. While the Biden administration pursues separate climate legislation with Congress, environmental groups want Yellen to use the lesser-known financial review process to advance measures to curb or discourage lending from Wall Street banks to companies that produce large amounts of carbon emissions.

For now, however, Treasury officials appear unlikely to embrace the most dramatic steps pushed by climate advocates, according to interviews with four senior administration officials, who spoke on the condition of anonymity to reflect thinking on a matter not yet finalized.

Yellen has repeatedly emphasized the need to increase mandatory disclosure by banks and public companies of climate-related financial risks, a measure regarded as important but inadequate by an array of liberal groups and climate advocates, who want new limits on fossil-fuel-related lending. Treasury officials say that enacting policy to crack down on such lending is difficult, in part because it requires convincing an array of independent U.S. banking regulators - including three appointed by Republicans - to unite behind an aggressive climate framework.

In the meantime, GOP lawmakers have been calling on regulators to drop any discussion of new rules narrowing lending to companies in the name of helping the environment, suggesting doing so is "beyond the scope" of their purview, according to a letter from Sen. Patrick Toomey, R-Pa., and other leading GOP senators on the Banking Committee to the Federal Reserve earlier this year.

The potential split between the administration and some of its climate allies represents one of the more vexing challenges facing Yellen, who as treasury secretary oversees a vast portfolio of economic issues.

Treasury officials are adamant that they are, in fact, moving swiftly under Yellen to confront climate change, pointing to their reversal of the climate apathy of the Trump administration and a range of steps they have taken on the issue.

Still, some advocates and liberal groups want Yellen to move quickly to back rules that would make it far more difficult for banks to lend to the most egregious fossil fuel producers than Treasury is currently expected to adopt.

"Climate risk impacts all the firms that the financial regulators supervise. As a convener of regulators, Treasury needs to do more than acknowledge it - it should urge each financial regulator to use every tool at its disposal to tackle climate risks," said Alexis Goldstein, a financial expert at Open Markets, a left-leaning group.

Treasury convenes and leads meetings of the Financial Stability Oversight Council, a regulatory body composed of banking regulators such as the Office of the Comptroller of the Currency and the Federal Reserve. While Treasury can urge FSOC members to adopt certain policies, it cannot force the group's independent banking regulators to enact them. If Treasury advances climate rules that other members of FSOC regard as too far-reaching, the council's membership could fracture. That could invite a legal challenge, or dilute the effectiveness of climate rules.

"If they go out and tell the banks who to lend to - that is rightly seen as very interventionist," said Eswar Prasad, an economist at Cornell University. "If the insurance industry is very exposed to catastrophic events resulting from climate change - and if that was going to cause problems for the broader financial system - then FSOC might have some role to play. Barring that, it's not obvious what role they should play because ultimately their job is about financial stability."

In a sharp reversal from her GOP predecessor, Yellen has taken numerous steps designed to confront climate change, which is unfamiliar territory for Treasury.

Yellen has changed the rules for U.S. guidance for lending by international financial institutions, such as the World Bank, to prioritize clean energy investments and have the United States oppose most fossil fuel projects.

Yellen has also established a climate hub at Treasury to oversee the department's push to boost climate projects in the United States and abroad. Treasury is working to implement an international climate financing plan with global counterparts. Last Tuesday, officials announced support for an international proposal to limit export credit for coal power.

Treasury is also involved in a massive series of climate-related tax changes as part of Democrats' $3.5 trillion budget plan over 10 years that would spend hundreds of billions of dollars on clean energy incentives to encourage production in solar, wind and other renewable projects.

But Treasury's review of "climate-related financial risk" - which comes out of a White House executive order from May - will probably be where Yellen faces the sharpest criticism from climate hawks.

Yellen's coming report on the financial risks posed by climate change is expected this fall. In a July speech on the matter, she repeatedly emphasized the need for "understanding the risks and opportunities climate change presents."

"The current financial reporting system is not producing reliable disclosures," Yellen said, adding the administration is pushing to "advance the disclosure of climate-related financial risks" through FSOC.

Liberal groups say that's not enough to head off the danger posed by climate change. They would prefer Treasury to push regulators to enact new climate-related capital requirements, which would make it more expensive for banks to lend to companies that drive up emissions, while not outright banning them. Treasury could also change how climate-related assets are "weighted" so they are considered a riskier part of a bank's portfolio, which would require them to have more capital set aside as protective cushion. These advocates say these changes are squarely within regulators' purview.

"We're saying financial regulators should crack down on financing for high-emissions projects, because that activity exacerbates climate change, which is a threat to financial stability," said Gregg Gelzinis, associate director for economic policy at the Center for American Progress, a center-left think tank. "We're not saying Treasury should be the EPA," he said, referring to the Environmental Protection Agency.

A Treasury spokesman declined to comment on the record.

Stacy Coleman, a former Federal Reserve official who is now an independent consultant and member of the Task Force on Climate Related Financial Disclosures, said FSOC could push new lending requirements but that "some work has to be done to understand what that means and how something like that would be put together."

"I think Treasury is going as far as it can," she said. "It's not as simple as putting a charge on lending to fossil fuel companies."

The tricky politics of financial regulation related to climate change has also ensnared Federal Reserve Chair Jerome Powell. Powell's renomination to lead the central bank is currently imperiled in part because liberal lawmakers, including Rep. Ayanna Pressley, D-Mass., have said he has done too little about climate change.

Treasury and the Fed could seek to impose liability insurance requirements that would increase the amount of insurance firms and banks would have to purchase for investments that exacerbated climate change, said Bob Hockett, a financial expert at Cornell University who worked for the International Monetary Fund. Those requirements could drive up the costs of - and therefore deter - financing of carbon-intensive projects.

"It would be very easy through finance regulation to require banks and firms to absorb the risks of harm to people through climate change," Hockett said. "I don't understand why both the Fed and Treasury are dragging their feet on this."

More likely on Treasury's agenda is pushing bank regulators to require companies to disclose their climate-related financial risks. Beyond that, regulators may also subject banks to regular "stress tests" that gauge their ability to handle climate-related financial shocks. Other more probable changes could include guidance from federal regulators to provide advice about how to assess the risk of certain dirty projects, such as a coal mine. Those measures are more likely to be encouraged by FSOC, but face criticism from some climate advocates as inadequate.

"Disclosures and stress tests reveal the problem. They don't do anything about the problem. It's not even a job half-done," said Justin Guay, director of global climate strategy at the Sunrise Project, a climate group.

Conservatives and business groups are far more likely to object to changes that require them to alter their practices.

Doug Holtz-Eakin, president of the conservative American Action Forum and former director of the nonpartisan Congressional Budget Office, said measures to provide greater transparency about climate risks should be welcomed. He cautioned that mandating new climate-related lending rules, however, should be done by Congress through the legislative process.

"Stress tests were enormously helpful in identifying capital risks - this is the same thing in a climate setting and can be very useful," Holtz-Eakin said. "But if you actually want to cut people off, the government should do it. We shouldn't pretend the banks are doing it."