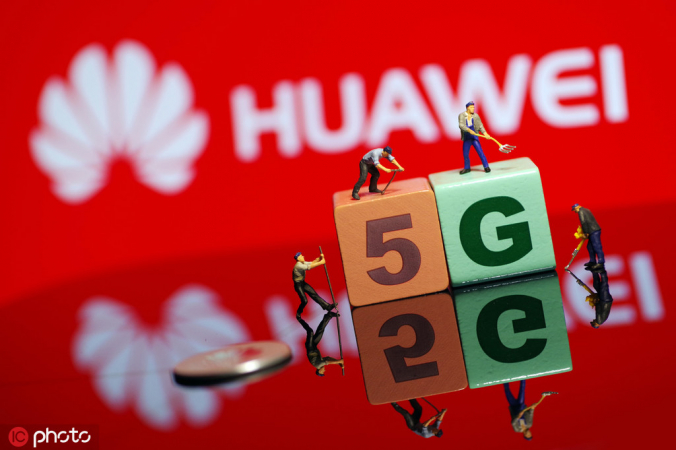 Economic considerations and a strategic foreign policy element are among the reasons why Southeast Asian countries have adopted a relative openness toward Huawei, said Amalina Anuar, an analyst with the Centre for Multilateralism Studies at the S Rajaratnam School of International Studies at Singapore's Nanyang Technological University.

“Huawei's 5G technology is generally reputed to be both advanced and relatively more affordable,” Anuar said. “Having a multivendor approach and avoiding exclusion of Huawei is considered a more balanced policy option so that Asean members don't have to choose sides."

Huawei Technologies is the world’s largest telecommunications equipment maker and second-largest smartphone vendor. It has been targeted by the United States on allegations of espionage even with no evidence amid the Sino-US trade conflict. Huawei has denied all the accusations.

“Frankly, I can't really see any sort of ground for these allegations in terms of security,” said Jake Saunders, vice-president of Asia-Pacific advisory services at ABI Research, a market intelligence company. “If you really want to make communications more secure, individual companies can put on their own encryption layer to secure traffic.”

Fifth-generation mobile technology enables gigabit speeds and more powerful connectivity. It is expected to account for 15 per cent of global mobile connections by 2025, while Asia-Pacific is on track to becoming the world's largest 5G region, according to telecoms lobby group GSMA.

“It becomes necessary for Southeast Asian countries to explore the possibilities offered by 5G for the next generation,” said Farlina Said, analyst with the Foreign Policy and Security Studies programme at the Institute of Strategic and International Studies in Malaysia, noting 5G can be conducive for ASEAN to build the Smart Cities Network, as it will benefit disaster management, education delivery and sustainability.

ASEAN countries, which collectively form the world’s sixth-largest economy, have always been important markets for world business, and Huawei has been active in the region for 20 years. At a conference earlier this year, James Wu, president of Huawei Southeast Asia, said 5G was expected to provide Southeast Asia with industry opportunities worth $1.2 trillion, with the number of 5G subscribers likely to reach 80 million.

In February, Thailand launched a Huawei 5G test network in Chonburi. After an agreement signed in April by Cambodia's Ministry of Posts and Telecommunications on the development of 5G, Cambodia's Smart Axiata announced it had partnered with Huawei to build the country’s 5G network.

Huawei said in July that it has secured 50 commercial 5G contracts and has shipped more than 150,000 base stations to markets around the world.

“Huawei is very much at the cutting edge. They innovate … and they are also very competitive on price, so that is why Huawei can be such a prominent player,” said Saunders at ABI Research. “The attitude in Southeast Asia is that they want choice. That is the heart of the matter.”

For 5G's full potential to be reached, policies must balance both security and development needs, Nanyang Technological University's Anuar noted.

“Southeast Asia will choose its 5G solution provider based on its own interests, (and because) choosing sides is not a desirable option for ASEAN,” Anuar said.