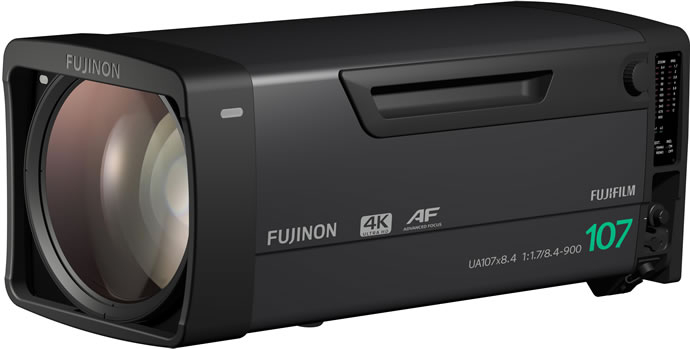 The UA107×8.4 AF 4K-compatible broadcast lens features a phase-detection AF sensor and its dedicated algorithm developed with technological expertise fostered with Fujifilm’s X Series and GFX series of digital cameras. It will offer the Advanced Focus AF function, achieving fast and accurate auto-focus with the response speed of 0.5 seconds and outstanding capability in tracking a moving subject, according to a release on Wednesday.

The lens offers a 107× ultra-high magnification zoom, covering a broad range of focal lengths from 8.4mm in wide-angle to 900mm in ultra-telephoto, giving it the ability to capture a subject at a long distance.

The lens uses the Floating Focus system, which controls multiple lens groups according to shooting distance, to minimise performance fluctuations based on differences in working distance, thereby delivering sharp footage from close-up to infinity.

The use of a nine-blade diaphragm achieves an aperture shape closer to a perfect circle. This creates beautiful soft lights and natural bokeh into the video expressions. The 4K-compatible broadcast lens UA107×8.4 AF is due to be released in the spring of 2020.