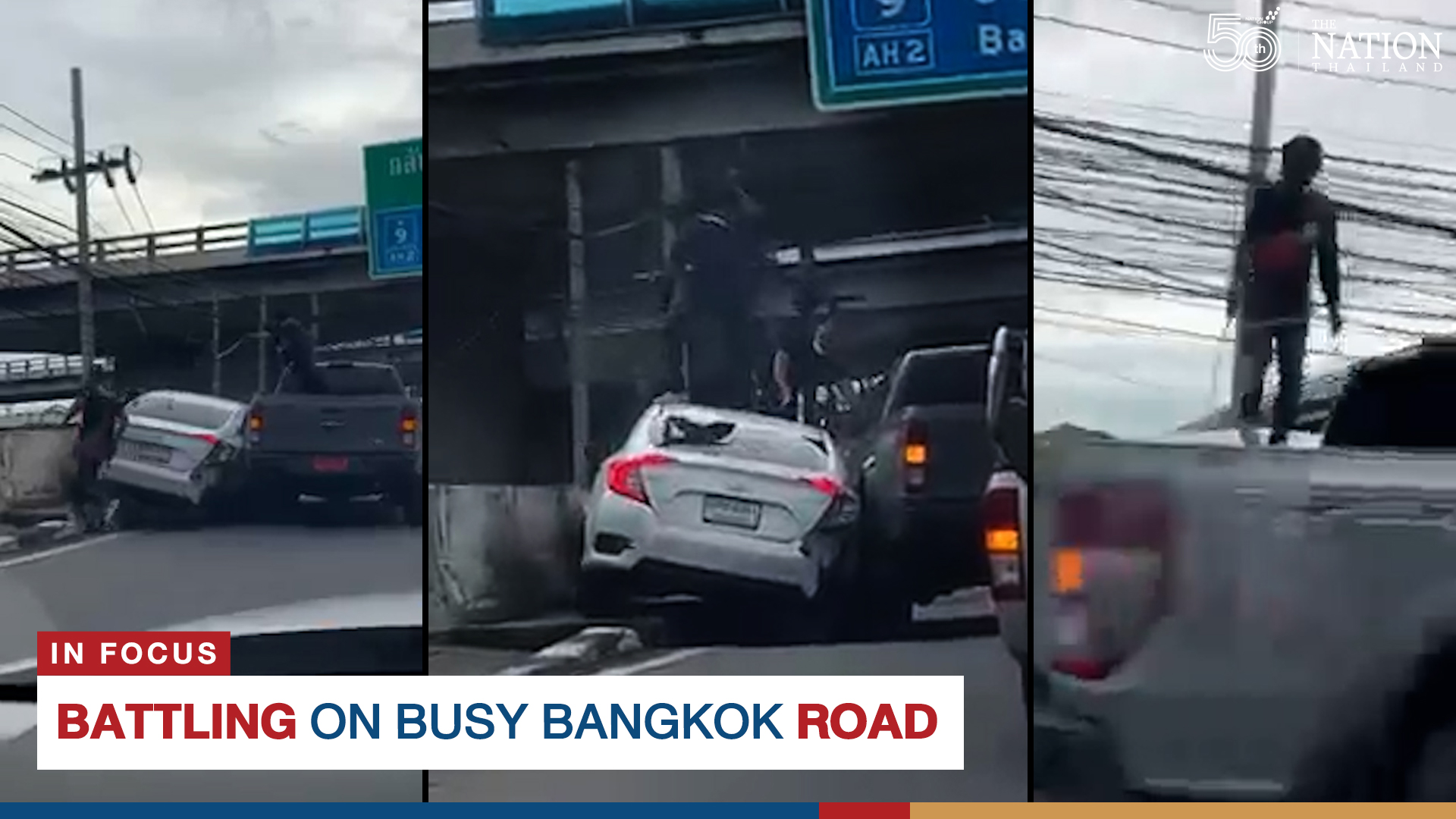 The Prawet intersection on Onnut Road in Bangkok became a bit of a battlefield on Wednesday evening when a pick-up truck that had been chasing a sedan squeezed it to the kerb. The pick-up driver and passenger then came out and began attacking the sedan. Drivers of both vehicles have been called in for police interrogation.

A battle was brewing in the middle of Bangkok evening rush hour on Wednesday, with a pick-up truck chasing a sedan and eventually pushing it to the kerb.
The driver and passenger in the pick-up truck were seen carrying weapons.

Once the sedan was jammed against the road barrier, two men jumped out of the pick-up.
One climbed onto the roof of the sedan and began smashing the window with a long knife, while another began hitting it with a piece of wood.

The reason behind the battle is still unknown and police have taken both drivers in for interrogation.

Monk on a mission: Bangkok monk dons PPE suit to tend to his flock