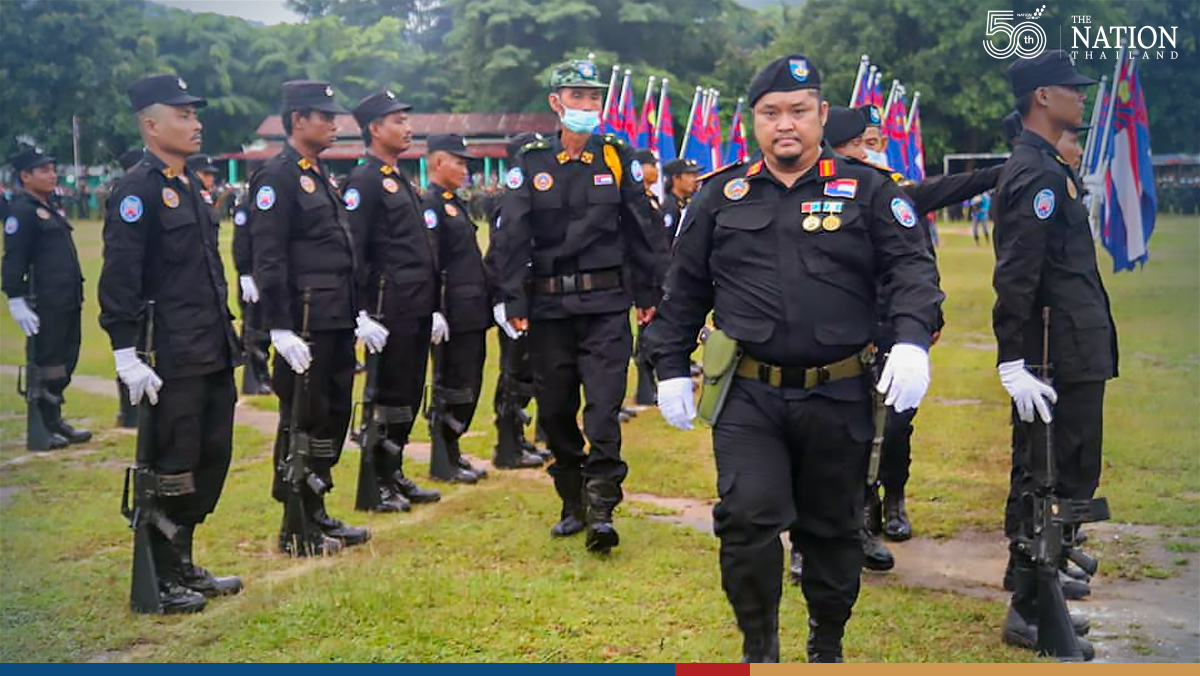 The son of former Karen National Union (KNU) chief General Bo Mya succumbed to Covid-19 on Tuesday at a private hospital in Tak’s Mae Sot district. The family is preparing to have him buried in line with their Christian beliefs.

There has been a recent surge of Covid-19 infections among Karen soldiers along the border. General Saw Moe Shay, the commander-in-chief of the Democratic Karen Buddhist Army, died from a Covid-19 infection on July 21 while being treated in a junta-run military hospital in Yangon.

The KNU is a political organisation with an armed wing (KNLA) that represents the Karen ethnic minority in Myanmar.

‘Caring’ soldiers troop into Narathiwat community to hand out vegetables