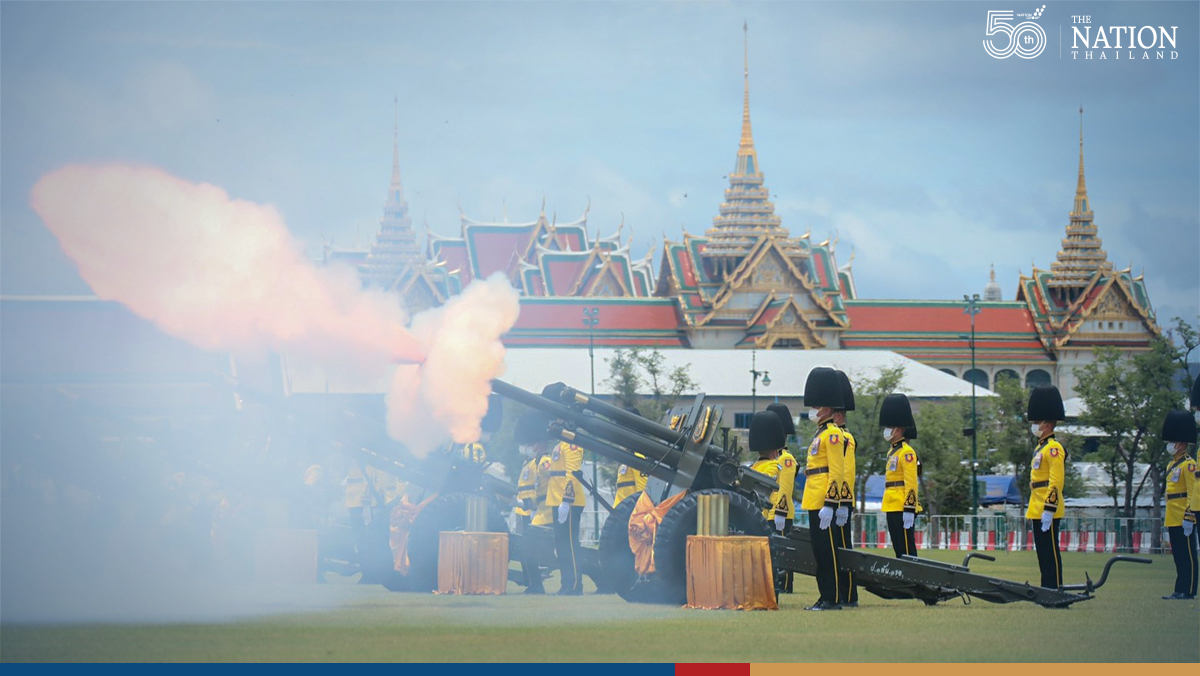 The boom of 21-gun salutes echoed through Bangkok at noon on Thursday as all three Thai armed forces marked the auspicious occasion of Her Majesty Queen Sirikit the Queen Mother’s birthday.

The gun salute is a military ceremony that has been performed worldwide for centuries to honour the nation, flag or person. The gunpowder used is usually black or smokeless powder. The 21-gun salute is considered the highest honour that can be paid.

The first gun salute recorded in Thai history was performed during the reign of King Narai the Great (1656-1688) by the French warship “Le Vautour”. The French ship gave the salute at Wichai Prasit Fort on the Chao Phraya River to honour the nation of Siam.

After King Narai’s reign the tradition was prohibited, before being reintroduced in the reign of King Rama IV (1851 to 1868) to welcome the British ambassador, John Bowring.
Under King Rama V, the tradition was divided into two types of gun salute: a royal salute and a salute of honour for civil officers.