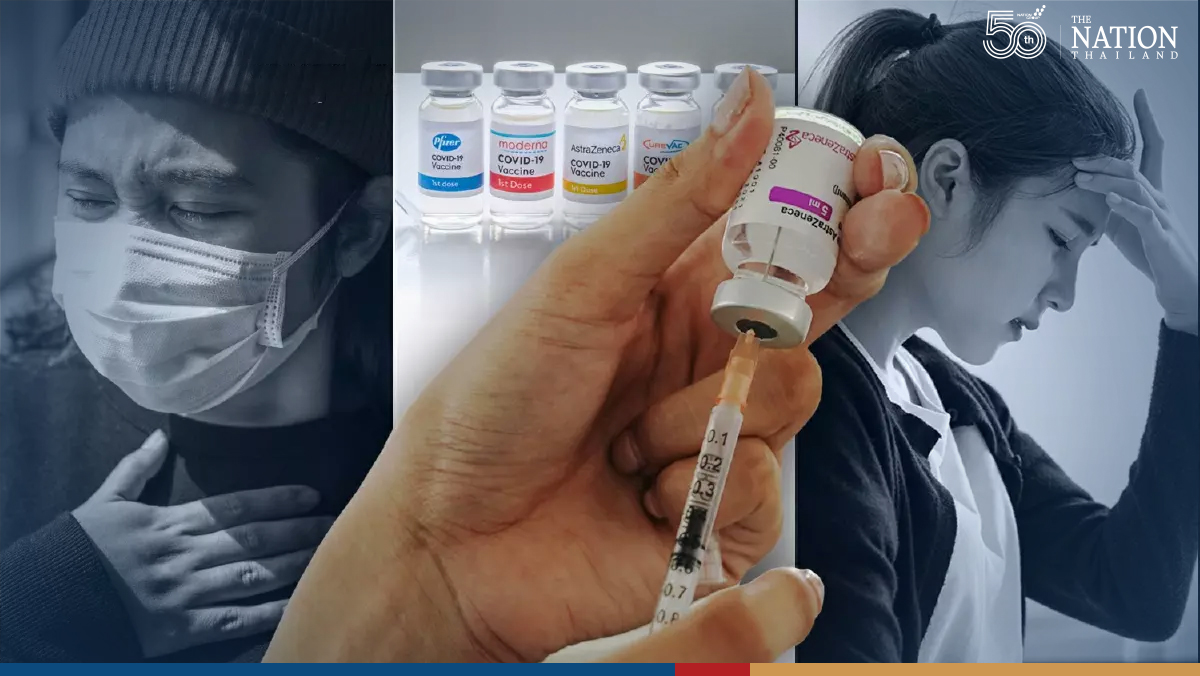 There have been more than 600 fatalities after administering over 35 million doses of Covid-19 vaccine, the Department of Disease Control (DDC) said.

On Saturday, the DDC’s division of epidemiology also revealed data collected until September 5 of the symptoms after cocktail or booster vaccination.

A total of 35,912,894 Covid-19 vaccine doses had been administered until September 5. A total of 628 deaths were reported, of which 416 were determined by experts as irrelevant to the vaccination and 249 cases were concomitant events from other conditions. Meanwhile reports are awaited of 122 deaths.

Out of 791 people who received Sinovac as the first shot and AstraZeneca as the second shot, a total of 38 fatality cases was reported. Three of the cases were irrelevant to the vaccines, three cases were inconclusive while information is still being gathered in 32 cases. Symptoms that can be found after completing the cocktail vaccination are fever, headaches, vomiting, dizziness, nausea and muscle ache.

Among people who received AstraZeneca as a booster shot after two shots of Sinovac, three out of 293 people died. Two cases were reportedly irrelevant and information was being collected about one fatality. Symptoms that can be found are similar to the cocktail vaccination.

As for the Pfizer booster dose after two Sinovac doses, there were three fatalities. One case is inconclusive, while two cases are being investigated. Most of the symptoms that were found after the third shot were similar to other booster shots, but with rashes.

A total of 15,292,644 Sinovac shots had been administered with 24 cases of severe allergic reaction. Vaccine-induced immune thrambotic thrambocytopenia (VITT) was found in five people after receiving AstraZeneca, and six cases of severe allergy out of 15,419,603 doses. From 4,330,836 doses of Sinopharm vaccination, some adverse effects were reported, but with no severe symptoms.

The DDC’s division of epidemiology said that symptoms of myocarditis in children and VITT were rarely found, and could be cured after immediate medical treatment. The division also said that the mRNA vaccines, namely Pfizer and Moderna, could cause myocarditis and pericarditis.

“People in high risk groups, especially the elderly, patients with seven major diseases and pregnant women, are urged to be vaccinated as the benefits still outweigh the side-effects,” the DDC’s division of epidemiology said.