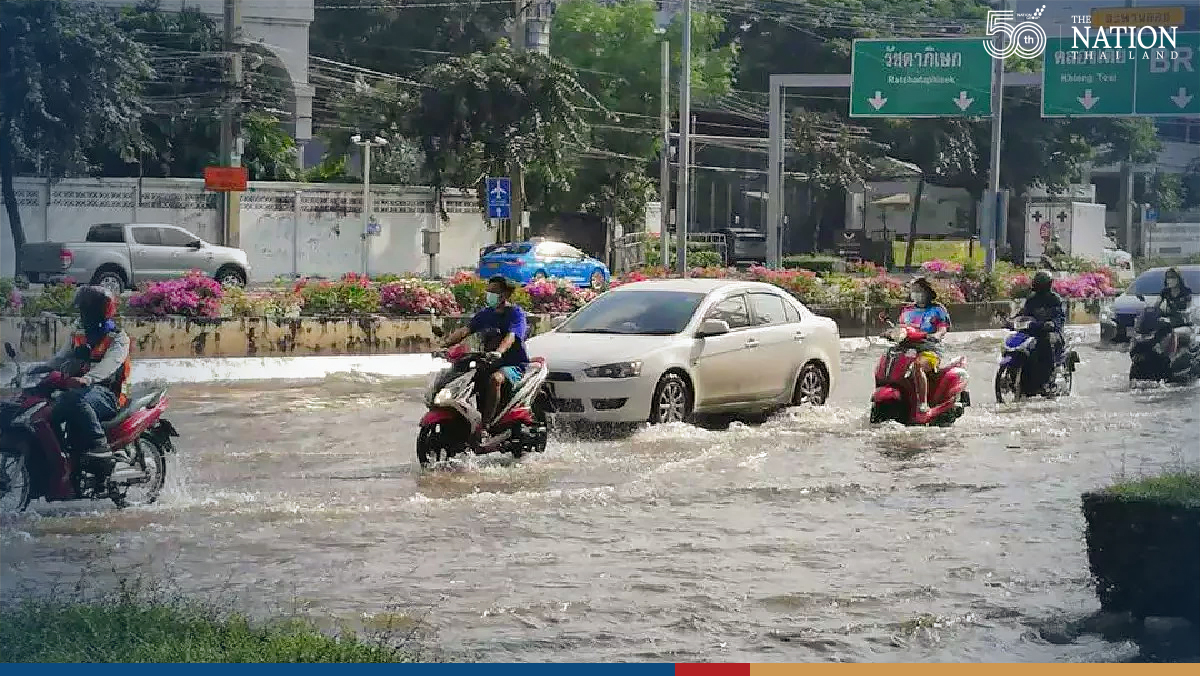 Bangkok Governor Aswin Kwanmuang ordered the Department of Drainage and Sewerage to drain flood water from Song Wat Road in Samphanthawong district as soon as possible to facilitate traffic flow after he conducted an inspection of the area on Monday.

The Royal Thai Navy's Hydrographic Department has forecast high tide from the Gulf of Thailand will surge during the November 7-11 period twice a day and affect communities along the Chao Phraya River in Bangkok and Samut Prakan provinces.

The department also reported that the highest tide on Monday was recorded at 2.67 metres at 9.55am. The tide is expected to surge again at 6.56pm.

"The flood at Song Wat Road is now above the footpath level and has started to flow into houses," Aswin reported. "Officials have deployed pumps to drain the water from the area and we expect the road to be reusable soon."

The governor added that several areas in Bangkok, especially those along the Chao Phraya River, have been affected by floods since early this morning, including the Krung Thon Bridge in Bang Phlat district, Sathorn Pier in Silom district, Bang Na Pier and Charoen Krung Road.

A news source reported that the Chao Phraya has overflown its banks in Samut Prakan's Muang district and flooded several roads in the province, including Sukhumvit, Pu Chao Saming Phrai and Sai Luad roads.

Communities around the Mahawong Temple in Pak Nam subdistrict, which is located only 100 metres from the riverbank, were reportedly swamped by 60-100cm-high flood water, prompting villagers to use boats to travel out and retrieve their belongings that were washed away from their homes.