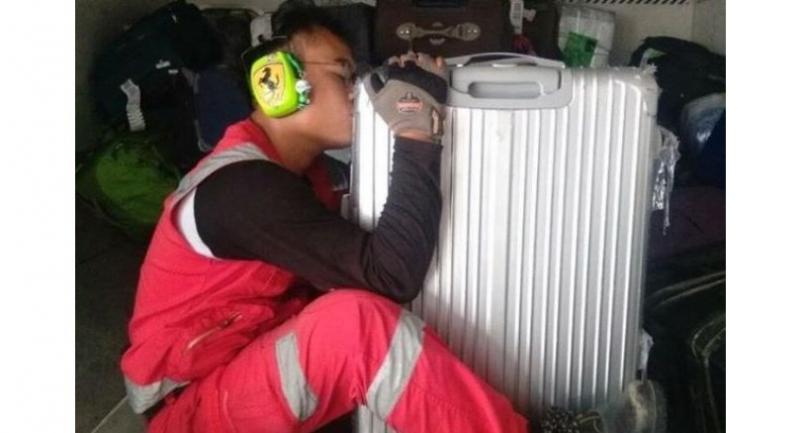 This comes after a recent incident when the budget airline was heavily criticised for mishandling of bicycles by ramp staff.

Facebook user Mohd Amir Izzat posted 20 photographs of the airline's baggage handlers kissing the luggage of passengers with smiles on their faces.

Mohd Amir said it does not matter how heavy a piece of luggage is, as it will be handled with "kiss and care". The airline was panned for the poor handling of bicycles on a flight from Koashiung, Taiwan to KLIA2.

AirAsia Group CEO Tan Sri Tony Fernandes shared a photo on Instagram of its baggage handlers kissing the bag and commended their actions.

"Our Allstars bouncing back. From adversity comes strength. It only takes one or two bad apples to spoil everything. But it takes a team to take the knocks and come back stronger with humour and pride and be the best," he said.

He added that he was proud of his "Ramp All Stars" staff.

Fernandes had previously apologised for the mishandling of the bicycles by ramp staff from a joint venture ground handling company.

AirAsia chief executive officer Riad Asmat had also said that they were looking into the matter and that stern action would be taken accordingly.

As a gesture of goodwill, the low-cost airline said it will be waiving all fees to transport bicycles for April, added Riad.