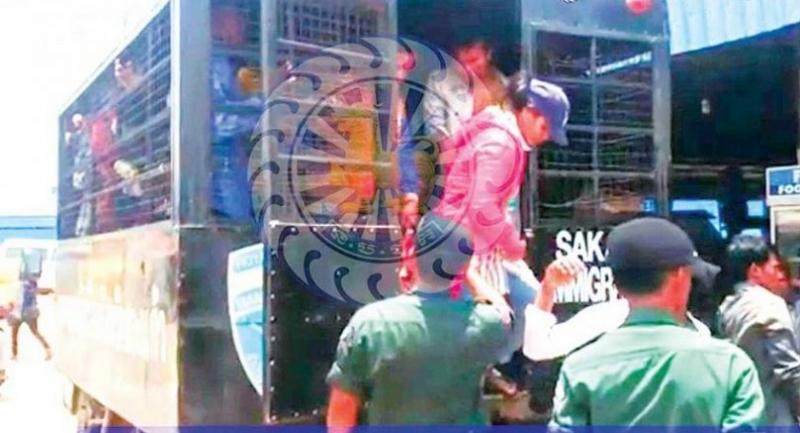 About 1,000 migrants sent home from Thailand

About 1,000 Cambodians allegedly working illegally in Thailand were arrested and deported after the Thai government declared an end to a grace period for labourers, a member of the official receiving committee at the border in Poipet said Monday.

Sin Nam Yong, deputy director of the coordination committee for worker receptions from Thailand via Poipet, told The Post on Monday that on June 30, the Thai government declared an end to the documentation period for migrant workers.

“It had earlier warned that it will take tough measures on migrant workers if they are arrested again for the same crime,” Nam Yong said.

A report from the Ministry of Labour said in total there are 1.07 million documented and undocumented Cambodian workers in Thailand.

Most are employed by factories, construction outfits or within the fishing and agriculture sectors.

The mission to provide migrant workers with documentation began earlier this year.

Pav Sina, president of the Collective Union of Movement of Workers (CUMW), said that despite the drive to legitimise workers, “we worry about Thailand’s warning to our migrant nationals.”

“The Cambodian authorities who are involved in this matter should create more job opportunities along the border to reduce migration,” he said.

In April, Thai authorities repatriated the remains of 10 Cambodians and deported 3,750 back to the Kingdom via Poipet.